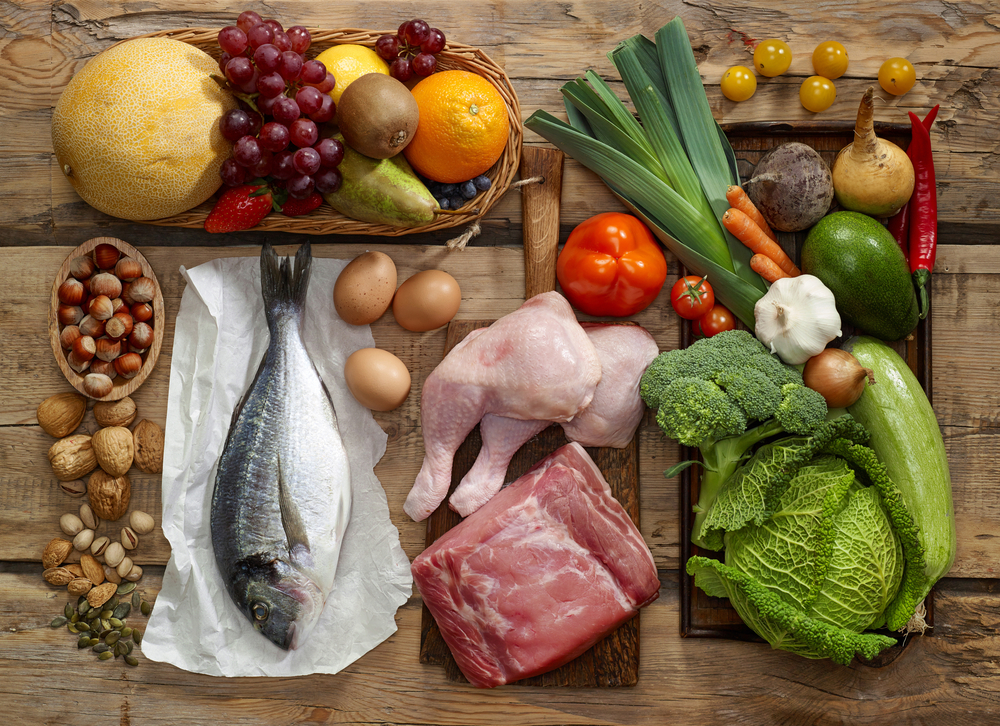 The Pegan diet is like Paleo but with less meat. (Shutterstock.com)
Food as Medicine

What to Eat on a Pegan Diet (+Recipe)

First there was the Paleolithic diet, emulating the eating habits of our nomadic ancestors. Now there’s a more vegetarian version: the Pegan diet.

Paleo-Vegan may seem like a strange mash-up since such a big part of the Paleo diet is fat and meat. But consider Paleo’s emphasis on quality. Adherents of this diet specifically seek grass-fed meat, raised without hormones or antibiotics.

At its core, Paleo is about whole foods that are minimally processed. This is the guiding light of Peganism too, just with less meat, or for some, no meat at all.

The idea comes from Dr. Mark Hyman, director of the Cleveland Clinic Center for Functional Medicine. Hyman borrows the high quality, whole foods concept of Paleo and applies it to the dietary advice he already preaches.

“This way of eating makes the most sense for our health and the health of our planet. It is sustainable and kinder to animals,” Hyman writes.

The philosophy behind the Paleo diet is that agriculture has been hard on human health. Not just the short-sighted excesses of modern farming methods, but the widespread, predominantly grain-based cultivation strategies from which civilization emerged 10,000 years ago. Paleo avoids synthetic chemicals, stimulants like coffee and tea, processed food, refined sugar, and factory-farmed meat, as well as grains. The diet shuns conventional milk, but makes concessions for full-fat and fermented dairy products.

Peganism follows a similar path, seeking food that is not genetically engineered and preferably organic. The emphasis is on fresh fruits and vegetables, nuts and seeds, and healthy fats like olive and coconut oils. Like Paleo, the Pegan diet avoids gluten, as well as inflammatory oils such as canola, sunflower, corn, and especially soybean.

Science recognizes the virtues of a plant-based diet, but many who go vegetarian may actually harm their health. Due to the allure of convenience or the fog of ignorance, vegetarians can tend toward meals based largely on pasta, cereal, and a lot of bread. This can lead to a vicious cycle: A low protein intake is often followed by a stronger craving for sugar, more refined carbs, and stimulants for energy, which further contributes to nutrient loss and risk for disease.

The Paleo path can offer some insight to those who don’t eat meat. Any diet that favors time-tested, nutrient-rich foods and limits refined carbs is a step in the right direction.

In the modern world it can be hard to eat like a caveman. A strict Paleo diet is too limiting for some. There are fewer choices when going out to eat, and dining with non-Paleo friends and family can be tricky.

Veganism can also be alienating. Combined with Paleo, this diet becomes ridiculously restrictive. For the sake of all that’s good and decent, go easy on the rules.

The only plant-based protein sources Paleo favors are nuts and seeds, but strict vegetarians should keep things in perspective. Don’t lose out on protein options due to dietary dogma. A strict Paleo diet avoids legumes, like beans and peanuts, and even the high-protein pseudo-grains like teff, quinoa, and amaranth. A healthy vegetarian should eat plenty of nuts, but also seek protein from a wide variety of sources.

As for beans, Hyman suggests no more than a cup per day, preferably lentils. For those who wish to keep some meat in their diet, Hyman recommends a small piece of grass-fed beef or wild caught salmon a few times a week. Unlike the typical vegan, the Pegan diet encourages egg consumption (pasture raised, of course).

In general, keep your focus on high quality whole foods and be mindful of the kinds of foods our distant ancestors ate. Black beans and quinoa, while not considered Paleo, are a much better choice than a Tofurky sandwich with corn chips.

This salad combines two plant proteins and has tons of flavor. It comes from the people of Georgia, a country in Asia Minor sandwiched between Turkey and Russia. Humans have inhabited the Georgian land since at least the Paleolithic era, but this recipe is probably not that old. Lobio means “beans” in Georgian.

Thoroughly mix all ingredients in a large bowl. Cover and refrigerate overnight before serving.