What They Say About Shen Yun Is True: It’s Amazing 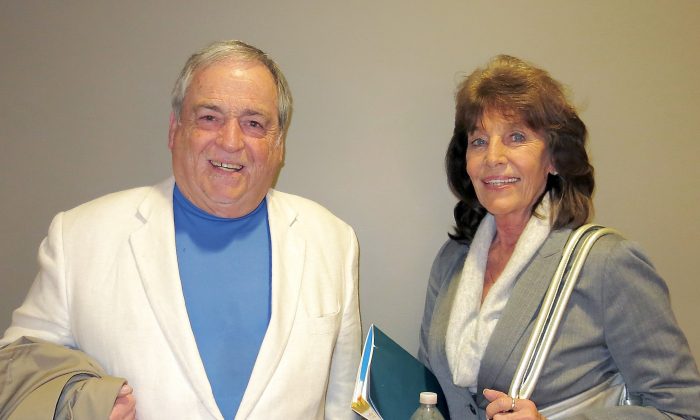 GRAND RAPIDS, Mich.—Attorney Tom Powers did his homework before attending the Shen Yun Performing Arts matinee on Jan. 30 at Grand Rapids’s DeVos Performance Hall. He read audience feedback from other patrons about the traditional Chinese music and dance performance he was about to see.

He said he felt like the interviews he had read were what you’d expect such as people gushing about the performance, and so he didn’t believe them.

“But I just experienced it, and it is for real,” he said. Mr. Powers is now semi-retired, but had worked in general and civil litigation.

Shen Yun tours the world each year, bringing stories and cherished values to the stage from 5,000 years of Chinese civilization. Its vehicles are classical Chinese dance and traditional Chinese music.

As Mr. Powers said, often audience members do express heartfelt appreciation after the performance, like Shelly and Rick Froysland, who also attended the Wednesday matinee. Ms. Froysland called the performance wonderful, really entertaining, and gorgeous. She thought the orchestra, composed of both Western and Chinese instruments, was also wonderful.

“The costumes were amazing,” her husband chimed in. Every Shen Yun costume presents a bit of history or defines an ethnicity of China, and all are in brilliant colors, according to the website.

Mr. Powers attended the performance with Gyla Seega, a retired interior designer. She also felt strongly about the performance: “I would totally recommend this to anyone. It’s wonderful. I’ve really been very happy to be able to be a part of this,” she said.

As a retired interior designer, she noticed that the only costumes in black or red depicted evil—as in the dances that portrayed the persecution of Falun Dafa in China today.

Falun Dafa, a spiritual discipline which follows the principles of truthfulness, compassion and tolerance, has been repressed and persecuted in China since 1999.

Mr. Powers had talked to some practitioners of Falun Dafa in Rome last year, so what he saw onstage just fortified his understanding of what is happening in China today. Yet despite the seriousness of those dances, overall Mr. Powers felt uplifted by Shen Yun.

Referring to the audience feedback, Mr. Powers said: “When people were talking about this, [saying] ‘Well this was absolutely amazing. I’ve never seen anything like it.’ Well, it’s true. I believe what those people were saying now, now that I’ve seen it.”