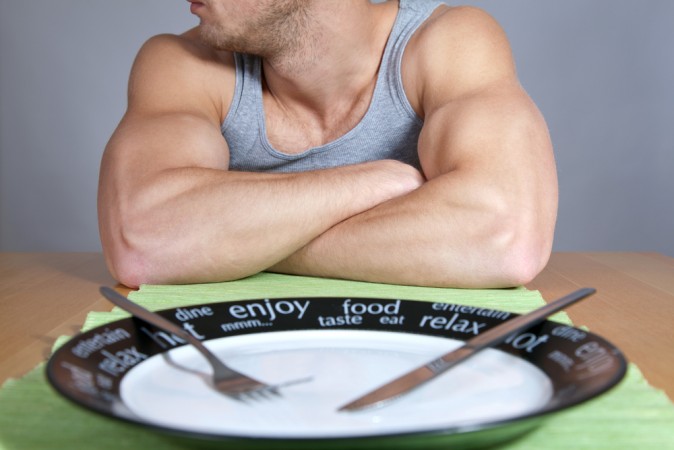 What the Science Says About Intermittent Fasting

Is it a good idea to “starve” yourself just a little bit each day, or a couple of days a week? Mounting evidence indicates that yes, intermittent fasting (IF) could have a very beneficial impact on your health and longevity.

I believe it’s one of the most powerful interventions out there if you’re struggling with your weight and related health issues. One of the primary reasons for this is because it helps shift your body from burning sugar/carbs to burning fat as its primary fuel.

As discussed in the featured article, intermittent fasting is not about binge eating followed by starvation, or any other extreme form of dieting. Rather what we’re talking about here involves timing your meals to allow for regular periods of fasting.

I prefer daily intermittent fasting, but you could also fast a couple of days a week if you prefer, or every other day. There are many different variations.

To be effective, in the case of daily intermittent fasting, the length of your fast must be at least 16 hours. This means eating only between the hours of 11am until 7pm, as an example. Essentially, this equates to simply skipping breakfast, and making lunch your first meal of the day instead.

You can restrict it even further — down to six, four, or even two hours if you want, but you can still reap many of these rewards by limiting your eating to an eight-hour window each day.

Intermittent Fasting — More a Lifestyle Than a Diet

I have been experimenting with different types of scheduled eating for the past two years and currently restrict my eating to a 6- to 7-hour window each day. While you’re not required to restrict the amount of food you eat when on this type of daily scheduled eating plan, I would caution against versions of intermittent fasting that gives you free reign to eat all the junk food you want when not fasting, as this seems awfully counterproductive.

Also, according to research published in 2010, intermittent fasting with compensatory overeating did not improve survival rates nor delay prostate tumor growth in mice. Essentially, by gorging on non-fasting days, the health benefits of fasting can easily be lost. If so, then what’s the point?

I view intermittent fasting as a lifestyle, not a diet, and that includes making healthy food choices whenever you do eat. Also, proper nutrition becomes even more important when fasting, so you really want to address your food choices before you try fasting.

This includes minimizing carbs and replacing them with healthful fats, like coconut oil, olive oil, olives, butter, eggs, avocados, and nuts. It typically takes several weeks to shift to fat burning mode, but once you do, your cravings for unhealthy foods and carbs will automatically disappear. This is because you’re now actually able to burn your stored fat and don’t have to rely on new fast-burning carbs for fuel. Unfortunately, despite mounting evidence, many health practitioners are still reluctant to prescribe fasting to their patients. According to Brad Pilon, author of Eat Stop Eat:

“Health care practitioners across the board are so afraid to recommend eating less because of the stigma involved in that recommendation, but we are more than happy to recommend that someone start going to the gym. If all I said was you need to get to the gym and start eating healthier, no one would have a problem with it. When the message is not only should you eat less, you could probably go without eating for 24 hours once or twice a week, suddenly it’s heresy.”

The Health Benefits of Intermittent Fasting

Aside from removing your cravings for sugar and snack foods and turning you into an efficient fat-burning machine, thereby making it far easier to maintain a healthy body weight, modern science has confirmed there are many other good reasons to fast intermittently. For example, research presented at the 2011 annual scientific sessions of the American College of Cardiology in New Orleans showed that fasting triggered a 1,300 percent rise of human growth hormone (HGH) in women, and an astounding 2,000 percent in men.

HGH, human growth hormone, commonly referred to as “the fitness hormone,” plays an important role in maintaining health, fitness and longevity, including promotion of muscle growth, and boosting fat loss by revving up your metabolism. The fact that it helps build muscle while simultaneously promoting fat loss explains why HGH helps you lose weight without sacrificing muscle mass, and why even athletes can benefit from the practice (as long as they don’t overtrain and are careful about their nutrition). The only other thing that can compete in terms of dramatically boosting HGH levels is high-intensity interval training. Other health benefits of intermittent fasting include:

Intermittent Fasting Is as Good or Better Than Continuous Calorie Restriction

According to Dr. Stephen Freedland, associate professor of urology and pathology at the Duke University Medical Center, “undernutrition without malnutrition” is the only experimental approach that consistently improves survival in animals with cancer, as well as extends lifespan overall by as much as 30 percent. Interestingly enough, intermittent fasting appears to provide nearly identical health benefits without being as difficult to implement and maintain. It’s easier for most people to simply restrict their eating to a narrow window of time each day, opposed to dramatically decreasing their overall daily calorie intake.

Mark Mattson, senior investigator for the National Institute on Aging, which is part of the US National Institutes of Health (NIH), has researched the health benefits of intermittent fasting, as well as the benefits of calorie restriction. According to Mattson, there are several theories to explain why fasting works:

In one of his studies, overweight adults with moderate asthma lost eight percent of their body weight by cutting their calorie intake by 80 percent on alternate days for eight weeks. Markers of oxidative stress and inflammation also decreased, and asthma-related symptoms improved, along with several quality-of-life indicators.

More recently, Mattson and colleagues compared the effectiveness of intermittent fasting against continuous calorie restriction for weight loss, insulin sensitivity and other metabolic disease risk markers. The study, published in the International Journal of Obesity in 2011, found that intermittent fasting was as effective as continuous calorie restriction for improving all of these issues, and slightly better for reducing insulin resistance. According to the authors:

How Intermittent Fasting Benefits Your Brain

Your brain can also benefit from intermittent fasting. As reported in the featured article:

“Mattson has also researched the protective benefits of fasting to neurons. If you don’t eat for 10–16 hours, your body will go to its fat stores for energy, and fatty acids called ketones will be released into the bloodstream. This has been shown to protect memory and learning functionality, says Mattson, as well as slow disease processes in the brain.”

Besides releasing ketones as a byproduct of burning fat, intermittent fasting also affects brain function by boosting production of a protein called brain-derived neurotrophic factor (BDNF). Mattson’s research suggests that fasting every other day (restricting your meal on fasting days to about 600 calories), tends to boost BDNF by anywhere from 50 to 400 percent, depending on the brain region. BDNF activates brain stem cells to convert into new neurons, and triggers numerous other chemicals that promote neural health. This protein also protects your brain cells from changes associated with Alzheimer’s and Parkinson’s disease.

BDNF also expresses itself in the neuro-muscular system where it protects neuro-motors from degradation. (The neuromotor is the most critical element in your muscle. Without the neuromotor, your muscle is like an engine without ignition. Neuro-motor degradation is part of the process that explains age-related muscle atrophy.) So BDNF is actively involved in both your muscles and your brain, and this cross-connection, if you will, appears to be a major part of the explanation for why a physical workout can have such a beneficial impact on your brain tissue — and why the combination of intermittent fasting with high intensity exercise appears to be a particularly potent combination.

Give Intermittent Fasting a Try

If you’re ready to give intermittent fasting a try, consider skipping breakfast, make sure you stop eating and drinking anything but water three hours before you go to sleep, and restrict your eating to an 8-hour (or less) time frame every day. In the 6-8 hours that you do eat, have healthy protein, minimize your carbs like pasta, bread, and potatoes and exchange them for healthful fats like butter, eggs, avocado, coconut oil, olive oil and nuts — essentially the very fats the media and “experts” tell you to avoid.

This will help shift you from carb burning to fat burning mode. Once your body has made this shift, it is nothing short of magical as your cravings for sweets, and food in general, rapidly normalizes and your desire for sweets and junk food radically decreases if not disappears entirely.

Remember it takes a few weeks, and you have to do it gradually, but once you succeed and switch to fat burning mode, you’ll be easily able to fast for 18 hours and not feel hungry. The “hunger” most people feel is actually cravings for sugar, and these will disappear, as if by magic, once you successfully shift over to burning fat instead.

Another phenomenal side effect/benefit that occurs is that you will radically improve the beneficial bacteria in your gut. Supporting healthy gut bacteria, which actually outnumber your cells 10 to one, is one of the most important things you can do to improve your immune system so you won’t get sick, or get coughs, colds and flus. You will sleep better, have more energy, have increased mental clarity and concentrate better. Essentially every aspect of your health will improve as your gut flora becomes balanced.

Based on my own phenomenal experience with intermittent fasting, I believe it’s one of the most powerful ways to shift your body into fat burning mode and improve a wide variety of biomarkers for disease. The effects can be further magnified by exercising while in a fasted state. For more information on that, please see my previous article High-Intensity Interval Training and Intermittent Fasting – A Winning Combo.

Clearly, it’s another powerful tool in your box to help you and your family take control of your health, and an excellent way to take your fitness to the next level.

*Image of “plate” via Shutterstock