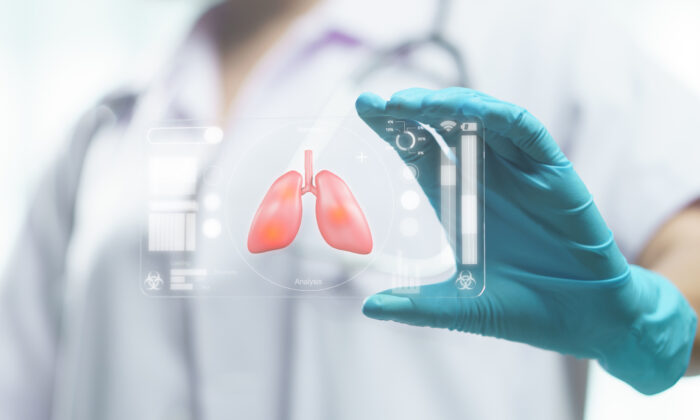 What Makes Some People More Vulnerable to Covid-19?

The “COVID Chronicles” movie gives a concise look at the pandemic, answering some of the questions that have left many people scratching their heads, because the reality and science don’t seem to match up with what the media is reporting.

Ivor Cummins is a biochemical engineer with a background in medical device engineering and leading teams in complex problem-solving. On his website, TheFatEmperor.com, he offers guidance on how to decode science to transform your health. He produced “COVID Chronicles” along with Donal O’Neill, a documentary filmmaker in the field of health and human performance.

There were red flags in the pandemic from the start. Because the symptoms of COVID-19 overlap with so many other diseases, the only way to know you have it is to test for it.

The polymerase chain reaction (PCR) tests used for COVID-19 use a powerful amplification process that makes them so sensitive they can even detect the remains of a dead virus long after infection, Cummins explains. But even beyond that, every positive COVID-19 test is considered a “case” — and therein lies a major problem.

A Positive Test Isn’t the Same as a Case

Dr. Wolfgang Wodarg, an internal medicine doctor and former head of health at the Council of Europe, is among those who referred to the COVID-19 pandemic as a “test pandemic” due to the PCR test.

“It was accepted by WHO, and they said when the test is positive, we have a case of COVID-19. And this is how they started counting the cases,” Wodarg says. “What they counted was the activity of testing. And the more they tested, the more cases they found.”4 When labs use excessive cycle thresholds, you end up with a grossly overestimated number of positive tests, leading to a “casedemic” — an epidemic of false positives.

Wodarg says COVID-19 “was a ‘test’ pandemic. It was not a virus pandemic,” because PCR tests may give a positive result when it detects coronaviruses that have been around for 20 years. In “COVID Chronicles,” Cummins speaks with John Lee, a former clinical professor of pathology at Hull York Medical School and consultant histopathologist at Rotherham General Hospital, who later became the Rotherham NHS Foundation Trust’s director of cancer services.

He echoes Wodarg, stating that during the pandemic, every positive test is considered a case, but “these are two completely different things.” Normally, if you have a typical cold, for instance, you only become a “case” if you’re hospitalized, but this all changed with the pandemic. Lee says:

To conflate positive tests with cases is simply wrong, and yet the positive cases have been driving government policy and the entire panoply of restrictive actions that have been taken.”

January 13, 2021, “WHO finally questioned the accuracy of PCR testing,” the film notes, and released an information notice that clarified instructions for interpreting results of PCR tests, including the fact that “careful interpretation of weak positive results is needed.” “Reported case rates collapsed in the U.S. the following day,” “COVID Chronicles” points out.

Lockdowns can be effective if they’re implemented when no one has the disease, but once it’s already spreading in your population, they don’t work. During the COVID-19 pandemic, the lockdown was implemented far too late and caused much more harm than benefit.

The film highlights COVID-19 outcomes around the globe, including in vastly different regions, like densely-populated Khayelitsha in South Africa. It was originally assumed that COVID-19 would devastate the area. They were strictly locked down along with the rest of South Africa, but due to the dense population, the lockdown in Khayelitsha only served to force people further right on top of one another.

Because the area has a long history of battling diseases like HIV and tuberculosis, it was easy for officials to use data from the area, which quickly showed that those most at risk from COVID-19 were elderly, frail or suffering from other conditions like Type 2 diabetes. What surprised many, however, is that Khayelitsha fared much the same during the pandemic as everywhere else in South Africa.

Further, as the second and third waves struck, those in Khayelitsha were much better protected, even as new variants emerged. It was later found that as many as 68% of local residents had COVID-19 antibodies.13 As noted in “COVID Chronicles”:

“[A]s Delta cut a swathe across the world and indeed South Africa, it was bigger here than any of the prior waves or the variants that we had seen. But in Khayelitsha, that 68% level of antibodies across the community proved to be extremely powerful and very, very protective, even against the new Delta variant.

So while the U.K. was in complete disarray, here we had an informal settlement in an economically deprived region with a population of half a million outperforming the U.K. and many First World nations … they had not intended … for COVID to spread throughout the community. But in doing so, they arrived at a point where herd immunity, if you like, had been reached.”

Other communities also enjoyed high levels of COVID-19 antibodies in the community, including in India, the Orthodox Jewish community in London and Amish communities in the U.S. So, when this virus was left to behave in a manner that would allow it to spread amongst the healthy, they were typically getting to about two-thirds of the population displaying antibody levels.

Like lockdowns, mask mandates are another pandemic control measure that’s been pushed as gospel despite lack of effectiveness and evidence of harm. The “Danmask-19 Trial,” published November 18, 2020, in the Annals of Internal Medicine, found that among mask wearers 1.8% (42 participants) ended up testing positive for SARS-CoV-2, compared to 2.1% (53) among controls.

When they removed the people who reported not adhering to the recommendations for use, the results remained the same — 1.8% (40 people), which suggests adherence makes no significant difference. Initially, numerous research journals refused to publish the results, which called widespread mask mandates into question.

If masks work, the film points out, you should immediately see a dramatic change in the curve, within 14 days. “If you look at around 10 or 12 countries where they brought in mask mandates, there was no impact on the curve … whatsoever so the empirical science of our own eyes is screaming at us: masks and lockdowns don’t really move the needle much, maybe a little, but no one wants to know. It’s an ideology now. It’s a religion,” Cummins says.

Dr. Reid Sheftall also studied mask usage extensively and found mask mandates did not noticeably change the number of cases or deaths the way they should if they actually reduce transmissibility. Countries that used minimal masks were not worse off than neighboring countries with mask mandates.

“That makes sense,” Cummins says, “because 40 years of science have been unanimous, pretty much, that for influenza viruses, surgical masks and coverings are highly ineffective. So it agrees with the science.” Yet, the media claim masks are effective, based on a “flurry of papers” that came in around June 2020 saying masks could be good. “So a few weeks of papers have overturned a few decades of scientific sense,” he adds.

If Not for Media, Would You Know There’s a Pandemic?

The film implies that COVID-19 presented an opportunity that multiple entities have used to further their own agendas, while media have served as a tool for overriding science and common sense. It’s important to stay grounded and think critically to avoid falling victim to unnecessary panic and stress. Cummins notes:

“A key thing to remember, I think, is if you turned off the media, no one would know there’s an epidemic. Even during the surges in Ireland, in both seasons, if you did not have access to the media, you would never know.

No one really knew anyone who died — outside of someone in a nursing home, someone of elevated age or with stage 4 cancer — most people did not know anyone who died. Right? Isn’t that incredible, in a massive pandemic, as we’ve been told?”