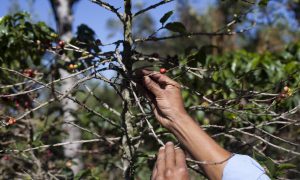 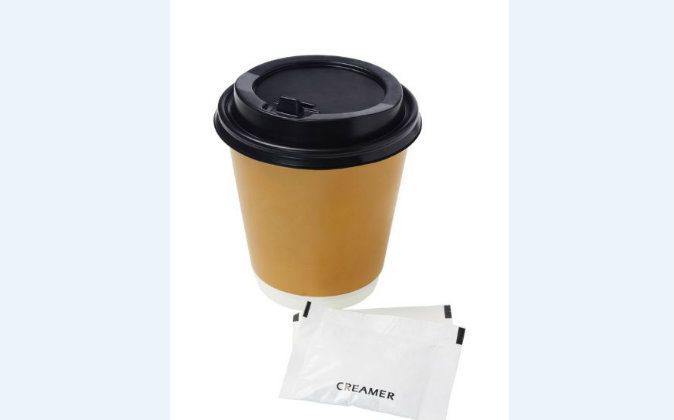 Have you ever heard the urban legend that non-dairy coffee creamer is flammable? If you watch the video above, you’ll see that this isn’t an urban legend at all; it’s actually true!

I even know of some people who have used non-dairy creamer to start their campfires! Which, of course, begs the question… what is this stuff made of, and do you really want to add it to your morning coffee?

What’s Really in Your Non-Dairy Creamer?

If you drink coffee, the best way to drink it is black without sugar or cream and preferably organic. But if you choose to add cream, the simple, old-fashioned full-fat cream (preferably organic, raw, and from grass-fed cows) is the best option.

Non-dairy creamer can scarcely be called “cream” at all, as it is more aptly a synthetic combination of chemicals, oils, sugars, and milk products. Let’s take a look at some of the more common ingredients, which will, of course, vary slightly depending on your brand:

Part of the problem with partially hydrogenated soybean oil is the trans fat it contains. These synthetic trans fats are known to promote inflammation.

There are also the significant health hazards of soy itself, with the majority of soybeans genetically engineered and contaminated with highly toxic herbicides like Roundup (glyphosate).

It’s often claimed that HFCS is no worse for you than sugar, but this is not the case. Because high-fructose corn syrup contains free-form monosaccharides of fructose and glucose, it cannot be considered biologically equivalent to sucrose (sugar), which has a glycosidic bond that links the fructose and glucose together, and slows its breakdown in the body.

Fructose is primarily metabolized by your liver, because your liver is the only organ that has the transporter for it. Nearly all fructose gets shuttled to your liver, and, if you eat a typical Western-style diet.

When you consume high amounts of it, fructose ends up taxing and damaging your liver in the same way alcohol and other toxins do. And just like alcohol, fructose is metabolized directly into fat – this subsequently stored fat leads to mitochondrial malfunction, obesity, and obesity-related diseases.

This inorganic salt is used as a stabilizer and anti-coagulant in non-dairy creamer. It’s also used in fertilizers and cosmetics, and is said to cause vomiting and diarrhea if consumed “in quantities.”1

These additives are used to blend together ingredients that normally wouldn’t blend well (such as oil and water). They may be synthetically produced or derived from animal or vegetable sources, including partially hydrogenated oils.

This doesn’t sound bad, until you realize that additives like monosodium glutamate (MSG) and related forms of concentrated free form glutamate can be labeled as natural. MSG is an excitotoxin, which means it overexcites your cells to the point of damage or death.

This ingredient is extracted from milk protein and used as a thickener and whitening agent. Sodium caseinate is typically treated with the chemical solium hydroxide, a chemical alkali. The problem with chemical alkalies is that they act like “anti-nutrients” – damaging or suppressing nutrient absorption.

Casein is also the primary protein found in cow’s milk associated with allergies, neurological conditions, and autoimmune reactions such as juvenile-onset type 1 diabetes.

This additive is used to strengthen bread dough as well as a cleanser, foaming agent, and emulsifier in cosmetic products. SSL is also used to replace fat and sugar, as it has a mildly sweet taste and reduces the amount of oil needed in products.

The Case for Drinking Your Coffee Black

If you are dousing your cup of Joe in creamer, non-dairy creamer, sugar, and other sweeteners and flavorings, you are missing out on the therapeutic benefits and potentially harming your health. The natural blend of polyphenol antioxidants (including chlorogenic acids) are part of what makes coffee so healthful. However, research suggests that adding dairy to your coffee may interfere with your body’s absorption of beneficial chlorogenic acids.16

So while it’s definitely best to avoid synthetic foods like non-dairy creamer, even adding raw whole milk to your coffee may interfere with the bioavailability of its antioxidants. Add sugar to your coffee and you’ll also ruin the benefits discussed above by spiking your insulin levels, which contributes to insulin resistance. If you’re interested in the health benefits, drink your coffee black, without sugar, non-dairy creamer or cream, or flavorings. If you really can’t stand your coffee black, you could try adding non-dairy alternatives like almond or coconut milk.

Dr. Mercola’s mission is to educate and provide simple inexpensive tools to help limit or avoid expensive and potentially dangerous drugs and surgery. A New York Times Best Selling Author, Dr. Mercola was also voted an Ultimate Wellness Game Changer by the Huffington Post, and has been featured in TIME magazine, LA Times, CNN, Fox News, ABC News, and the Today Show. Republished with permission from Mercola.com. Read the original.