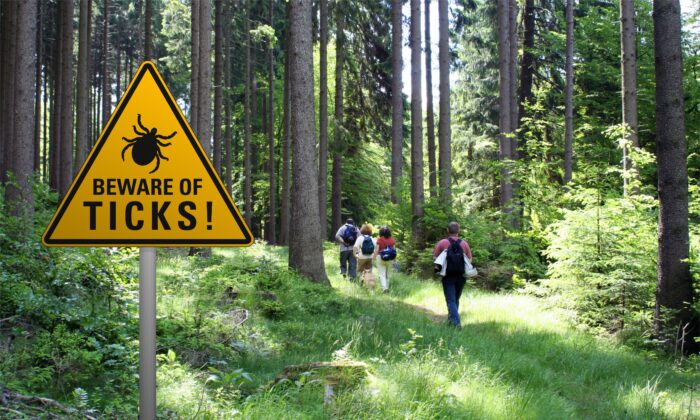 Lyme disease can be a crippling condition for many individuals. It is difficult to diagnose and difficult to treat. Knowing what it is is step one toward preventing it. (Heiko Barth/Shutterstock)
Mind & Body

What Is Lyme Disease?

What is Lyme disease and why is it so difficult to treat?
By Ashley Turner

This is part one of a three-part series exploring Lyme disease—how to test for it, treat it, and prevent it.

Lyme disease can be a crippling condition for many individuals. In fact, many patients who seek functional medicine care at our wellness center often struggle with Lyme and the commonly associated co-infections. Our family has even dealt with both acute and chronic Lyme disease.

What Is Lyme Disease?

The origins of Lyme disease, or borreliosis, are widely disputed. From what we understand, it was first recorded in the 1970s in Lyme, Connecticut. In 1982, the spirochete bacteria that causes Lyme disease was discovered by Willy Burgdorfer and was named Borrelia burgdorferi. Since then, the rate of Lyme disease has grown, and now Lyme disease is the most prevalent tick-borne illness in the United States.

According to the Centers for Disease Control and Prevention (CDC), there are nearly 500,000 people diagnosed with Lyme disease every year. Many natural health practitioners believe that Lyme disease and other tick-borne pathogens are grossly underdiagnosed and frequently missed. One 2018 study published in Healthcare (Basel, Switzerland) suggests that 12 percent of Americans could have been infected with Lyme by 2015, some 55 million people. To say this chronic illness is on the rise is an understatement.

A tick bite, usually from the eastern black-legged tick or the western black-legged tick, is the most common vector for borrelia burgdorferi, the bacteria that causes Lyme disease. Many speculate that Borrelia burgdorferi is not just transmitted via ticks, but also carried by fleas, mites, and mosquitoes, as well as being sexually transmitted. That position remains controversial in some quarters.

Lyme disease can have devastating consequences on the body because of its propensity to create systemic inflammation, hinder immune function, and potentially trigger autoimmune disease and chronic illness. Oftentimes, these patients are so immune-suppressed that their body can’t fight other infections they’re exposed to.

There’s a wide range of symptoms for those struggling with tick-borne illness. Symptom manifestation can vary with each individual. If caught early, Lyme disease and other tick-borne pathogens can be treated relatively quickly. If left undetected, various chronic health concerns can arise, potentially contributing to a systemic inflammatory response, autoimmune disease, and chronic illness.

Sadly, many people who contract Lyme disease don’t recall having a tick bite because ticks can be so small. Furthermore, erythema migrans, the classic bull’s-eye rash, is only reported about 70 percent of the time. Due to unreliable diagnostic criteria, these infections are also easy to miss on the frequently used laboratory tests.

As mentioned, an erythema migrans rash doesn’t show up in at least 30 percent of Lyme cases. When it develops, it’s usually within 3 to 30 days after the initial bite. The rash starts relatively small and gradually expands over the course of many days. It can reach diameters of up to 12 inches or more and appear on any area of the body. Sometimes, the skin clears as the rash enlarges, becoming a bull’s-eye shape. While there are many classic attributes of erythema migrans rashes, there are many variations and other rashes that can arise from a tick bite.

Why Is Lyme Disease Difficult to Treat?

Lyme disease is a dreaded health condition because it’s difficult to treat. This is because Borrelia burgdorferi Spirochetes can easily change their form and adapt to treatment methods, especially antibiotics. These forms are known as persisters because they can take on various sizes and shapes, changing from well-known forms to altered morphologies. They are able to form round bodies, L-form bacteria, microcolonies, or biofilms, which remarkably foster the resilience of Borrelia and protect themselves from treatment methods and the immune system.

Many believe that Lyme disease becomes chronic because a round of antibiotics is often an insufficient treatment and Borrelia is able to adapt in the face of antibiotics. This is why a functional, holistic approach can be valuable.

In addition to Borrelia Burgdorferi, ticks carry many pathogens including bacteria, parasites, and viruses that can contribute to acute and chronic illness. Some of these include:

Anaplasmosis: An infection caused by Anaplasma phagocytophilum that presents with flu-like symptoms and can be fatal if left untreated.

Rickettsiosis: Rocky Mountain Spotted Fever is included in this group of infections and can be contracted anywhere in the United States. Common symptoms include fever, body aches, stomach pain, nausea, vomiting, and headache. It causes a red rash on the palms of the hands in 50 to 85 percent of people.

Listed here are some of the most common tick-borne illnesses and co-infections associated with Lyme. There are many more. With many overlapping symptoms, it’s sometimes difficult to ascertain exactly what an individual is presenting with.

Next week, we’ll look at testing for Lyme disease and other tick-borne pathogens and how to treat them.

Ashley Turner
BCDHH
Follow
Dr. Ashley Turner is a traditionally trained naturopath and board-certified doctor of holistic health for Restorative Wellness Center. As an expert in functional medicine, Dr. Ashley is the author of the gut-healing guide “Restorative Kitchen and Restorative Traditions,” a cookbook comprised of non-inflammatory holiday recipes.