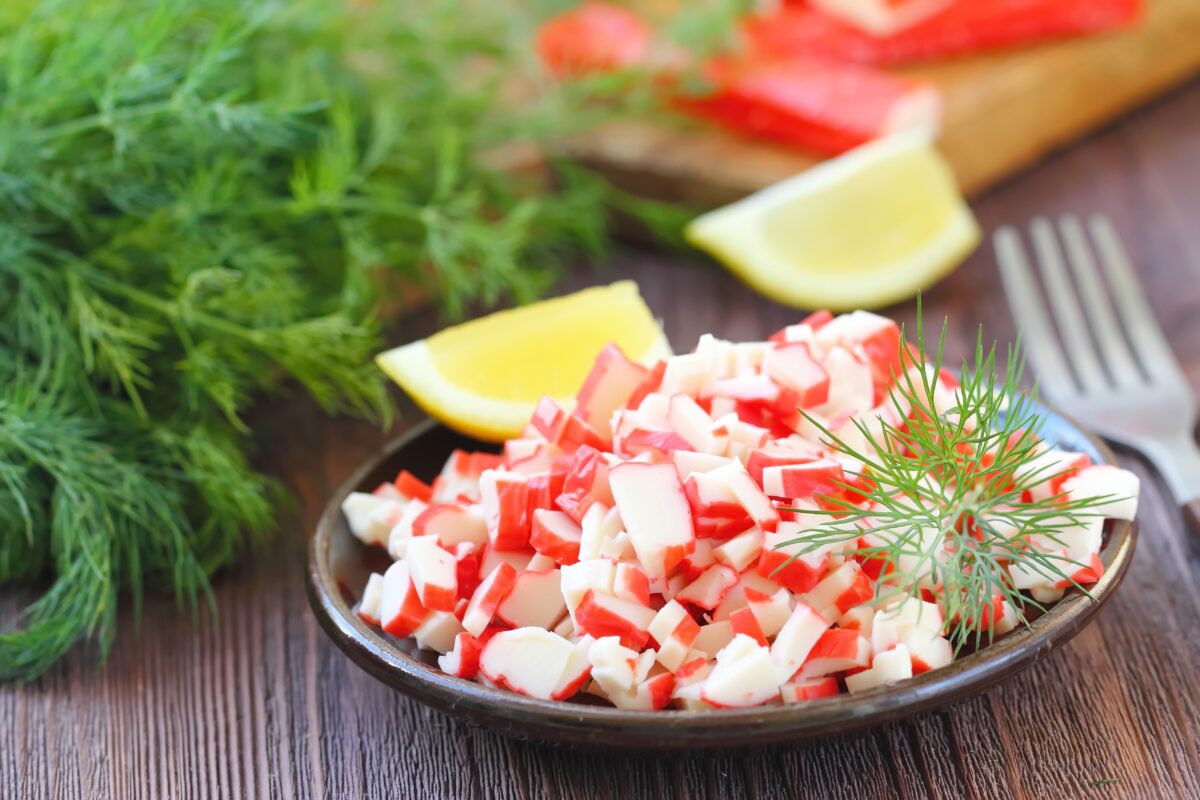 What Is Imitation Crab?

We’ve all seen it at budget-friendly sushi spots, Chinese takeout joints and at grocery stores across America: imitation crab. Sometimes called crab stick, seafood stick or simply krab, this shellfish substitute doesn’t even try to disguise that it isn’t the real thing. But if it’s not crab — then what is imitation crab? And should we really even be eating something that is so blatantly artificial?

Imitation crab is a Japanese invention, first produced in the early 1970s and introduced internationally a few years later. While imitation crab meat isn’t crab, it also is not vegetarian- or vegan-friendly. It’s actually composed almost entirely of fish (typically Alaskan pollock), mixed with egg white, corn starch, potato starch, flavorings and sometimes even a little genuine snow crab. A layer of red food coloring is added to the outside and voila: imitation crab.

Imitation crab is most often formed into string cheese-shaped strips with meat-like fibers (“leg style”) but it can also be found shredded, flaked, and cubed.

So, yes, imitation crab is safe to eat. While it’s obviously a processed food product, there’s really nothing to be afraid of. In fact, imitation crab can be quite delicious, as it has a similar sweet and fishy flavor found in crab and other shellfish.

While it’s most commonly seen in California rolls and crab rangoon, imitation crab is a versatile ingredient that can be used in stir fries, sandwiches or any other takeout favorites you can make at home. It’s precooked, so it’s an easy thing to use in a crab salad, crab and cheese quesadilla or crab pasta. Imitation crab cakes are also a favorite budget-friendly weeknight dinner.