Western US Sales Director Felt the Divine in Shen Yun 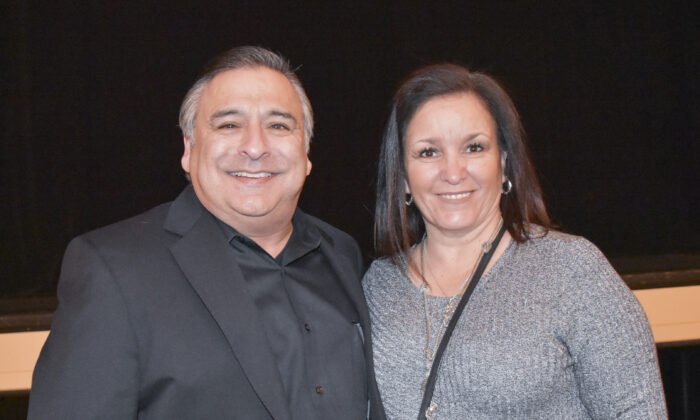 FORT WORTH, Texas—Good things really do come to those who wait. Just ask Gabriella Diaz De Leon, who expressed to her husband for five years how badly she wanted to see Shen Yun. So when Edward Diaz De Leon first saw the show advertised this year in Fort Worth, he knew it was time to buy tickets. The couple sat front and center for the full house performance of the New York-based classical Chinese dance company, and they were thrilled.

“I think it’s amazing. … The visual effects are phenomenal. I’ve never seen anything like it. It’s almost as if you were transcended back in time and experiencing something elegant but yet strong,” said Edward, who is the area sales director for a pharmaceutical company for the western United States. The pair attended Shen Yun Performing Arts at Ft. Worth’s Bass Performance Hall on Jan. 6, 2020.

“The synchronicity is second to none. It’s amazing. It is just so breathtaking and so captivating. You’re in the moment with them. Beautiful,” said Gabriella, who is a realtor.

“But yet peaceful too. I guess joyful would be the word,” Edward said.

“I was watching [Gabriella] and she constantly had a smile on her face, so that’s how I feel. I feel just—you feel joy,” he added.

But their feelings changed from joy to sadness when they witnessed on stage a real-life depiction of persecution in China. Shen Yun, in its mission to revive traditional Chinese culture, includes stories of modern China and the Communist Party’s brutality against those who wish to practice the noble tradition of self-refinement and meditation.

Edward said this particular storytelling dance also moved his heart and made him feel appreciative of his own freedoms.

“It was definitely heartfelt. The way they presented it was a way that most folks can understand what’s happening from the persecution standpoint and how beliefs are not granted [in China] as they are here. So, for me, it helped me appreciate where I’m at and what we have, but it does sadden me that those atrocities occur. It’s unfortunate and hopefully, it can change somehow,” he said.

The silver lining around the persecution as depicted by Shen Yun is an intensely bright one. Shen Yun artists present the traditional Chinese belief that rewards are given to good people who exhibit compassion, forgiveness, and faith in the divine. Divine beings even become characters on stage. Some audience members report seeing real divine beings appear in the show.

Edward and Gabriella both said they could feel the presence of the divine there.

“Oh, yes. It is gorgeous. It is beautiful,” added Gabriella.

“I really enjoy the cultural instruments that are indigenous to China. To hear those live is really remarkable,” said Edward, who grew up playing the trumpet, which he adores.