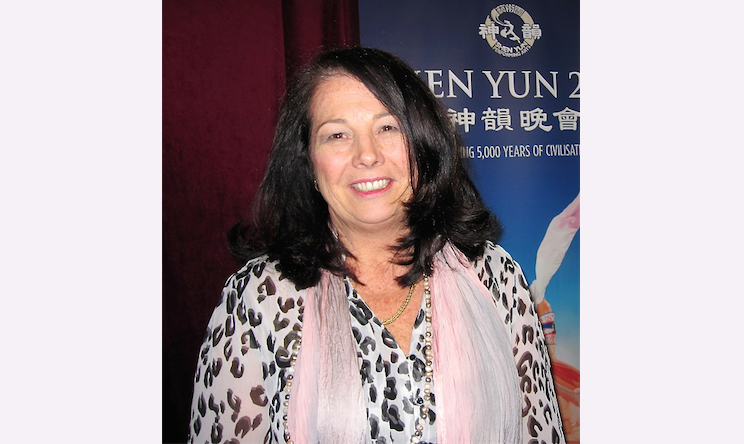 Based in New York, Shen Yun was established by artists from around the world to revive 5,000 years of Chinese civilization. Shen Yun’s varied dances are accompanied by the Shen Yun Performing Arts Orchestra, a unique blend of Western and Chinese instruments. A state-of-the-art digital backdrop, vivid costumes, and music soloists round out the presentation.

It was the the colours that stood out for Ms. Papalia,

Ms. Papalia is a member of several art clubs including the West Australian Society of Arts and the Watercolour Society of WA where she has served as president. She specialises in water colours and teaches the subject.

At the heart of the performance is classical Chinese dance, one of the most comprehensive dance systems in existence.

“Just watching the precision was very interesting for me. Also the different style compared to traditional ballet that I’ve seen. To see another culture’s way of doing classical performing dance -that to me was extremely interesting; it was a different way of portraying dance. I just thought it was quite exquisite,” she said.

She was also aware of the talent among the musicians in the East-West orchestra.

“I really appreciated the music that went with it. There is a lot of talent in the musicians [of] the orchestra. They were fantastic, so in time, so good,” said Ms. Papalia.

“There was nothing about the show I didn’t like. I enjoyed it immensely. It was well worth coming here to see. I’d say, you must go see the show—it was lovely.”