‘The world around me no longer existed’ 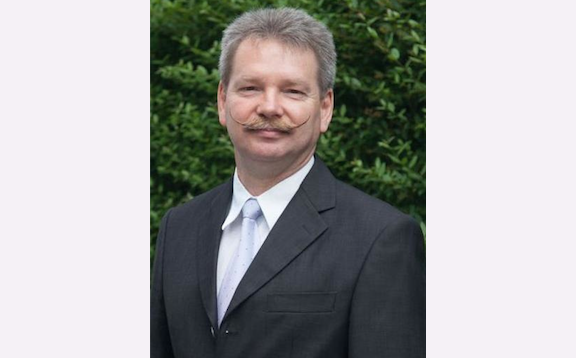 “I felt purity and seeking spiritual perfection emanating from the performers during the entire show. This show is the embodiment of the past and future. This show is a guided tour through Chinese culture, as well as a guide for the mind of the audience,” said Mr. Alsbach.

He continued, “Throughout the show I didn’t live in the present, with exception to the songs that called me back to the present.”

As a writer, Mr. Alsbach internalized the entire show and spoke of a range of emotions he felt at the end of the performance.

“After the show, I first felt emptiness, anxiety and then happiness. I want to explain this range of emotions. The feeling of emptiness arose because I came back to another time period, although I would have preferred to remain in the time zone of Shen Yun. Anxiety arose because the Shen Yun brings to us Chinese ancient culture and it tells us that it was eliminated by the Chinese communist regime. Yet, I felt that spirituality embodied in the show.

“I had high expectations before the show and I told myself to just watch and not to be immersed into the performance. But, after the first dance I was captivated. The world around me no longer existed.”

According to the Shen Yun website, “In 2006, A Group of leading classical Chinese artists came together in New York with one wish: to revive the true, divinely inspired culture of China and share it with the world.”

Mr. Alsbach is certain that the wish of the Shen Yun artists is being fulfilled.

He said, “Shen Yun is awakening the old lost culture. Once, this culture will gain ground, China will return to its old glory, the glory that is its own and that was expunged by the communist regime.”

He strongly believes “Shen Yun aims to help people open their mind and then open their hands to help in the battle against evil.”

The artists are the embodiment of the spiritual and “I would have liked to shake the hand of each one of the artists at the end of the show. In no way could I ever show such perfection. I want to bow before them with great respect.”

He continued, “these artists are like the noble knights of the past, except they fight through their art and the perfection of their dance. … All these artists know that there is potential danger when one stands up against the evil.”

Reporting by Renate Ligle-Stodieck and Heide B. Malhotra