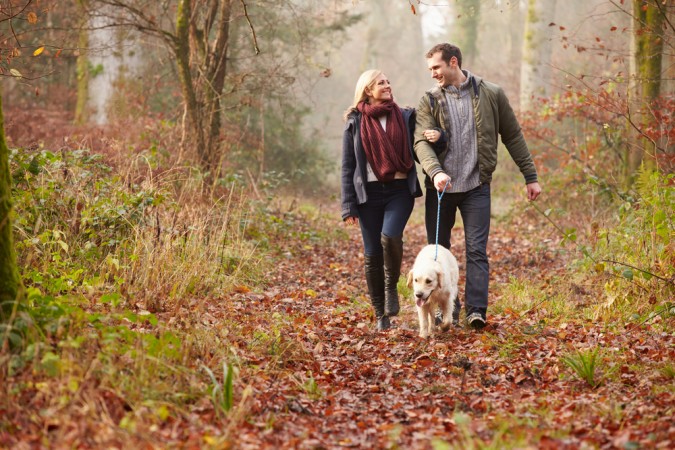 The more time you spend sitting, the shorter and less healthy your life will tend to be—that’s the new consensus among researchers. Even the World Health Organization (WHO) now lists inactivity as the fourth biggest killer of adults worldwide, responsible for nine percent of premature deaths.

For example, one 2012 meta-analysis found that those who sat for the longest periods of time on a daily basis were twice as likely to have diabetes or heart disease, compared to those who sat the least.

Of great importance is the finding that prolonged sitting is an independent risk factor for poor health and early death; studies have shown these risks apply even if you’re very fit and maintain a regular workout schedule.

The problem is that an hour of exercise here and there, even if it’s vigorous, cannot counteract the harm incurred during the hours you’re sitting still. For example, one recent study found that six hours of uninterrupted sitting effectively counteracted the positive health benefits of a whole hour of exercise.

Basically, this means that even if you spend two to three hours in the gym each week, if you have a full-time sit-down job, many of those exercise benefits are simply evaporated.

I think it’s quite clear that you need both intense exercise, and daily intermittent or non-exercise movement in order to optimize your health and prolong your life. It’s not a matter of choosing one over the other. You really do need both.

As for intermittent movement, the key, experts say, is to avoid sitting for more than 50 minutes out of each hour. Ideally, you’d want to sit for a maximum of about three hours a day—a far cry from today’s norm.

The average American office worker can sit for 13 to 15 hours a day! This means that most people need to figure out how to get out of their chair for several hours each day.

One Hour of Sitting Can Cut Arterial Blood Flow in Half

According to David Dunstan with the Baker IDI Heart & Diabetes Institute in Melbourne, Australia, the lack of muscle contraction caused by sitting decreases blood flow through your body, thereby reducing the efficiency of biological processes.

“In addition to engaging in regular health enhancing exercise, people should be encouraged to also think what they do during the long periods in the day in which they are not exercising,” he says.

One of the most recent studies in this field found that just one hour of sitting impaired blood flow to the main leg artery by as much as 50 percent! On the upside, simply taking a five minute walk for every hour spent sitting was found to ameliorate the heart disease risks associated with chronic sitting.

Although benefits were shown after just a five minute walk in this study, Dr. James Levine, co-director of Obesity Solutions at Mayo Clinic in Phoenix and Arizona State University, recommends getting at least 10 minutes of movement for every hour you sit down.

As explained by Dr. Levine, when you have been sitting for a long period of time and then get up, at a molecular level, within 90 seconds of getting off your bottom, the muscular and cellular systems that process blood sugar, triglycerides, and cholesterol—which are mediated by insulin—are activated.

As soon as you stand up, a series of molecular mechanisms at the cell level set off a cascade of activities that impact the cellular functioning of your muscles. The way your body handles blood sugar is beneficially impacted, for example. Therefore, the disease prevention for diabetes comes into play.

Get Up and Walk at Least Once Every Hour

All of these molecular effects are activated simply by weight-bearing; by carrying your bodyweight upon your legs. Those cellular mechanisms are also responsible for pushing fuels into your cells.

Dr. Joan Vernikos, former director of NASA’s Life Sciences Division and author of Sitting Kills, Moving Heals, is another expert who has done much to educate us on the hazards of sitting.

In my previous interview with her, she revealed the dynamics involved. In essence, sitting prevents your body from interacting with and exerting itself against gravity. While not nearly as severe as the antigravity experienced by astronauts, uninterrupted sitting mimics a microgravity situation, which has the effect of accelerating the aging process.

Physical movements, such as standing up or bending down, increase the force of gravity on your body, and this is key to counteracting the cellular degeneration that occurs when you’re sitting down. Based on Dr. Vernikos’ research, I started recommending standing up and doing some exercises at your desk every 10-15 minutes, but after discussing the issue with Dr. Levine and reading his book, Get Up!: Why Your Chair Is Killing You and What You Can Do About It, I’m convinced that’s not even enough…

I really think the answer is to stand up as much as possible. Walking for five minutes every hour you sit is really the bare bones minimum; it’s still far from ideal. It would seem far wiser to strive to sit as little as possible, ideally less than three hours a day.

Many researchers are now starting to reemphasize the importance of walking. According to Katy Bowman, a scientist and author of the book: Move Your DNA: Restore Your Health Through Natural Movement:

“Walking is a superfood. It’s the defining movement of a human. It’s a lot easier to get movement than it is to get exercise. Actively sedentary is a new category of people who are fit for one hour but sitting around the rest of the day. You can’t offset 10 hours of stillness with one hour of exercise.”

I believe high intensity exercises are an important part of a healthy lifestyle, but considering the fact that more than half of American men, and 60 percent of American women, never engage in any vigorous physical activity lasting more than 10 minutes per week, it’s clear that most people need to begin by simply getting more non-exercise movement into their daily routine.

The elderly and those struggling with chronic disease that prevents them from engaging in more strenuous fitness regimens would also do well to consider moving around more. While walking is often underestimated, studies show you can reap significant health benefits from it.

For example, one recent study found that walking for two miles a day or more can cut your chances of hospitalization from a severe episode of chronic obstructive pulmonary disease (COPD) by about half. Another study published last year found that daily walking reduced the risk of stroke in men over the age of 60. Walking for at least an hour or two could cut a man’s stroke risk by as much as one-third, and it didn’t matter how brisk the pace was. Taking a three-hour long walk each day slashed the risk by two-thirds.

How to Get More Movement into Your Day

I recommend using a pedometer, or better yet, one of the newer fitness trackers that can also give you feedback on your sleeping patterns, which is another important aspect of good health. I use the Jawbone UP24, which is one of the best ones out now, but far better ones will be available in the near future. For example, the MisFit is a new fitness tracker that tracks your steps and your sleep and is only $50.It looks like a watch but does not tell time.

At first, you may be surprised to realize just how little you move each day. Setting a goal of say 7-10,000 steps a day (which is just over three to five miles, or 6-9 kilometers) can go a long way toward getting more movement into your life. I personally am doing about 14,000-15,000 steps a day. The only way I can get this many steps in is to walk for 90 minutes, which I do barefoot on the beach. Tracking your steps can also show you how simple and seemingly minor changes to the way you move around at work can add up. For example, you can:

Other simple ways to increase your physical movement and avoid sitting down at work include:

Now I’ve made another important modification, and that is to sit as little as possible. I now strive to sit less than an hour a day. Remarkably, it wasn’t until I began to really limit my sitting that my chronic back pain disappeared. I had previously tried six different chiropractors, posture exercises, Foundation Training, ab work, inversion tables, standing up every 15 minutes to stretch, and strength training. But nothing would touch it—until I radically reduced my sitting. For the last few months, I have limited my sitting to under an hour a day except when travelling on a plane.

I want to stress that walking 7,000-10,000 steps is in addition to, not in place of, your normal exercise program. (It’s even better if you can walk barefoot so you can get grounded, and better yet, if you can walk on the beach by the ocean.) I really believe the combination of high intensity training with non-exercise activities like walking 10,000 steps a day, along with avoiding sitting whenever possible, is the key to being truly fit and enjoying a pain-free life. 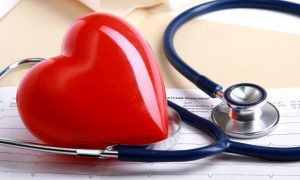 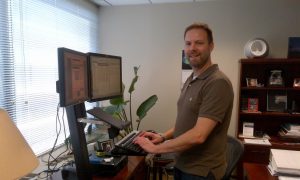 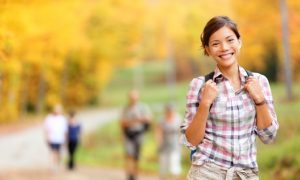 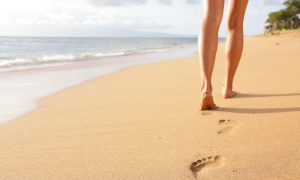 PeopleBy Joseph Mercola
To Get Creative, Get Walking
10-19-2014
sharecomments