VP: Shen Yun Makes Us Reflect on ‘What Our True Purpose Is on Earth’ 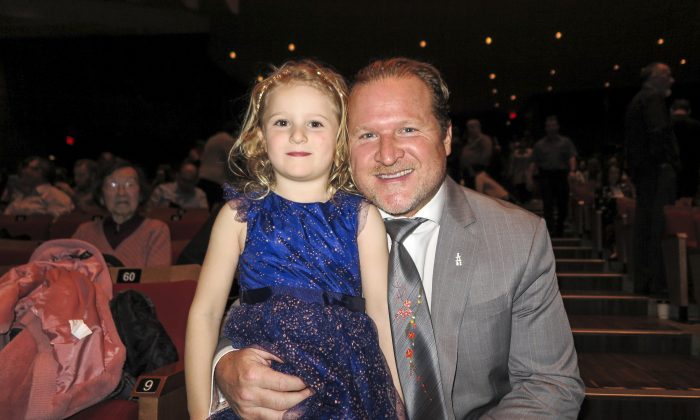 VANCOUVER—When Scott Bearss saw Shen Yun Performing Arts, he knew it wasn’t simply a cultural dance and music performance. From the stories to the songs, he said the essence of the performance was to offer audience members a “wider perspective of life and people’s place in the world.”

Bearss saw Shen Yun with his 6-year-old daughter at the Queen Elizabeth Theatre during the evening performance on March 30. They thought the combination of colors, story, and music was “nothing short of outstanding” and described its professionalism as “first class.”

The New York-based company tours the world with a mission to bring back China’s 5,000 years of semi-divine culture and values to the modern world through performing arts. It has earned praises from audience members across the globe for its beauty and its ability to inspire people from all walks of life.

For Bearss, the performance went deeper than its aesthetics and artistry on stage. He said the performance makes people take a moment from their fast-paced lives to reflect on more important things.

“This culture allows us to pull back the lens a bit and get a wider perspective on why we’re here and what our true purpose is on earth—so I think the message is critically important,” Bearss said.

Bearss added that he also believes the message Shen Yun was trying to deliver is that people should still believe “in something—a higher power—and having access to the gates to heaven after it’s all over.”

“You get stuck in a world where the most important things are right here, so to pull back the lens and realize that there are bigger forces at play and that you’re part of something much bigger [is Shen Yun’s message],” he said.

Many of Shen Yun’s stories draw inspiration from historical events and legends that are passed on from generations in Chinese history. These stories portray themes like spiritual devotion, the benevolence of gods, good and evil retribution, and the search for the meaning of life—values that are universal. Through seeing this production, many audience members have said they do feel inspired to become better people in society.

Bearss also thinks that these stories are great for children. He said, “Like bringing my young daughter and having her believe in a bit more magic is very special. I think it’s necessary.”