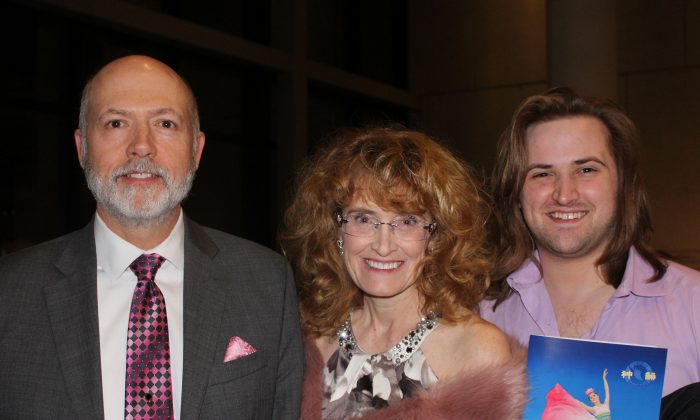 Diane Jennings, and her husband, Ted, and their son, Steven, enjoyed a performance by Shen Yun Performing Arts at the George Mason University Center for the Arts Concert Hall in Fairfax, Va., on March 13, 2018. (Sean Lin/The Epoch Times)

“It was a great representation of the culture, music, singing and dance—costumes. The backdrop was amazing. Saw the patent for it, so it was really exciting to watch.”

“[For] a lot of the faith-based pieces, they were really interesting also, very eye-opening.”

“I thought it was very uplifting. … I hadn’t thought about China with that kind of faith-based [and] so it was really exciting for me to see that they felt a spiritual presence.”

“I also liked how the choreography was incorporated in the costuming. So their arm movements and all were enhancing the dances but their costumes were also. It was just a beautiful performance.”