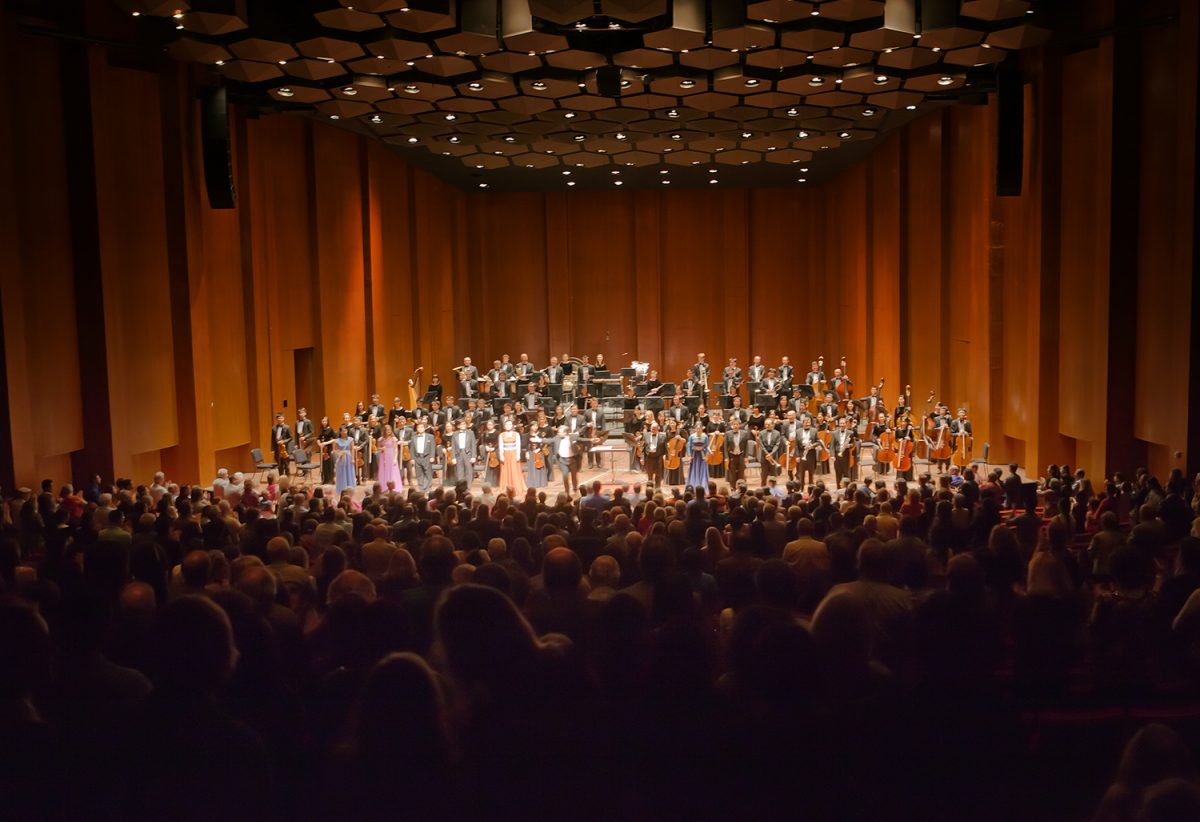 the Shen Yun Symphony Orchestra at the Jones Hall for the Performing Arts in Houston. (Epoch Times)
Shen Yun

HOUSTON—Classical violin teacher Mr. Hua was impressed from both a technical and cultural standpoint when he heard the Shen Yun Symphony Orchestra Sunday night at the Jones Hall for the Performing Arts in Houston.

“From the overall sound to the musical precision, it’s very high level, very evocative, especially being able to perform Chinese music and Western music, and being able to master both [sets] of characteristics,” Mr. Hua said.

According to its website, Shen Yun Symphony Orchestra is the world’s only orchestra that combines both classical Western and Chinese instruments as its permanent members.

Being a violinist, Mr. Hua said that he particularly enjoyed how violins were incorporated in Shen Yun’s original Chinese compositions.

Beyond the technical precision in mastering the balance of incorporating traditional Chinese instruments in a Western symphony, Mr. Hua said the orchestra managed to bring out the character of each culture.

“Being able to use the character of the Western symphony to portray the nuances of the Chinese music, I think it was very well done,” he added.

Although music is a universal language, Mr. Hua said, the nature of a violin is still very different from the erhu, which has been dubbed the Chinese violin.

“To use these magnificent instruments to also portray the traditional Chinese music, I think the composers and the conductors handled it very well,” Mr. Hua said.

“I think they presented the Chinese side of the music very well,” he added. “It falls in line with a lot of the traditional Chinese culture in many ways.

Besides praising the original Chinese compositions, which Shen Yun’s artists draw on China’s millennia-old history and culture to create, Mr. Hua said he also enjoyed the masterpieces of the Western classical tradition performed by the orchestra.