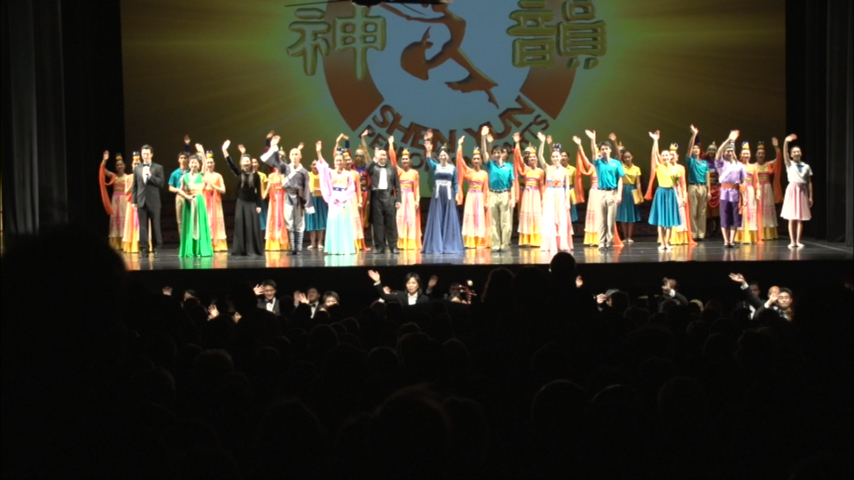 PERTH, Australia—“It’s amazing,” said Ken Eichenberg when he experienced Shen Yun Performing Arts at The Regal Theatre on May 1.

Mr. Eichenberg is from originally from Southern California and is in Perth building sustainable housing. He is the owner of Wave House Studios, a reception centre situated in the Margaret river area with the most amazing ocean views and its very own cave amphitheatre. He is also working with Eyestorm Productions on his film project ‘Out of the Blue’ featuring some of the most amazing underwater footage ever seen.

Shen Yun is based in upstate New York and has classical Chinese dance at its heart. Its mission is to revive China’s divinely inspired culture. According to the website, “China was once known as Shen Zhou?The Divine Land. This profound name describes a land where deities and mortals coexisted, and a belief that the divine transmitted a rich culture to the people of the earth.”

Mr. Eichenberg felt a connection with the stories being told by music and dance.

“I was really excited to see about the Universe and how you had to cut a deal with the Creator to get down to earth, it was beautiful,” he said.

“This is exactly what I believe in … you know how were all connected with the Universe and it was very, very well presented and I was amazed with the dragon story, it was very well done.”

“I loved how you jumped in and out of the screen you know and how well you did that. I’ve never seen anything exactly like that before and the way, and how seamlessly it worked with the live performers and the video. This is very well done, very very well done.”

The Shen Yun website explains, “Shen Yun’s digital-backdrop team creates vividly animated settings, extending the stage and transporting the audience to a world where heaven and earth are one.

“These digital backdrop designs complement and synchronize all aspects of the performance: the characters, color of the costumes, specific dance movements, props, lighting, the story being told, particular notes played by the orchestra, and special audio effects.”

There were many aspects to the Shen Yun performance Mr. Eichenberg appreciated.