'We enjoyed the orchestra and the purity of the sound' 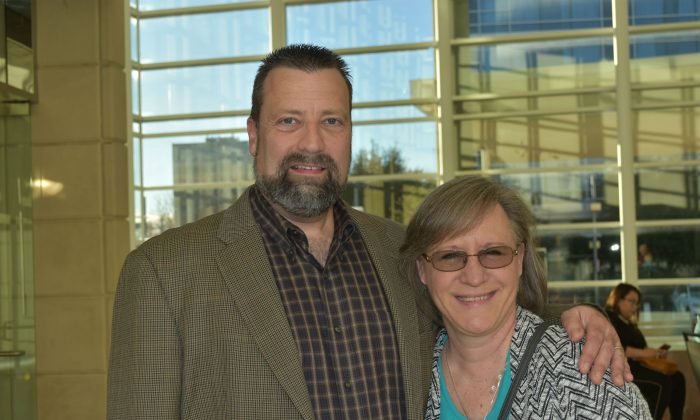 RICHARDSON, Texas—Veteran music teachers Sherri Hevron and husband, Lance, have been teaching singing for a combined total of more than 50 years. With keen ears for music, they both praised the quality of the sound produced by the Shen Yun Performing Arts’s orchestra.

“We enjoyed the orchestra and the purity of the sound,” Sherri said.

“You can tell it’s well-rehearsed and the original composition was beautiful.”

The couple, who teach in Duncanville Independent School District and are also vocalists themselves, saw Shen Yun Performing Arts for the first time at the Eisemann Center in Richardson, Texas, on Jan. 5. The New York-based dance company tours with a live orchestra, with a mission to showcase 5,000 years of traditional Chinese culture through music and dance.

Shen Yun’s orchestra blends both Western and Eastern instruments to create a unique sound. Chinese instruments such as the erhu, a two-stringed instrument described by some as a Chinese violin, and pipa, a four-stringed plucked instrument, play the melody on top of a resounding classical Western symphony, forming a pleasing yet different sound.

Lance also spoke highly of the orchestra, adding that many of the scores reminded him of the bold dramatic sounds of Western movies.

“I just enjoyed the sound quality, it was wonderfully done,” he said.

Sherri said it was interesting to see Shen Yun vocalists use the “bel canto” method of singing, a technique originating from ancient Chinese theater and early European opera. According to Shen Yun’s website, the technique is said to produce the most beautiful and pure tone of voice. The technique was nearly extinct before it was revived by Shen Yun’s performers.

The vocal teachers also enjoyed the dance pieces and stories told through classical Chinese dance, coupled with the effect of the 3-D background that added another layer to the storytelling.

“The correlation of the special effects with the live work—it was gorgeous,” Lance said.

Sherri particularly enjoyed the comedy woven throughout the stories portrayed on stage. The tales are drawn from thousands of years of Chinese civilization, and speak to virtues and values at the heart of Chinese culture, including belief in the divine, karmic retribution, and living in harmony with heaven and earth.

The vocal coach said she could identify with the values depicted in the stories, such as “keeping yourself pure and seeking and staying with your traditional values.”

“I felt that [those values are] important to live in this world,” Sherri said.

The couple added that after their first taste of what Shen Yun Performing Arts has to offer, they would like to return next time it comes to town.

With reporting by Amy Le and Cathy He.