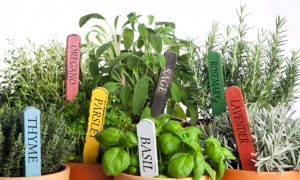 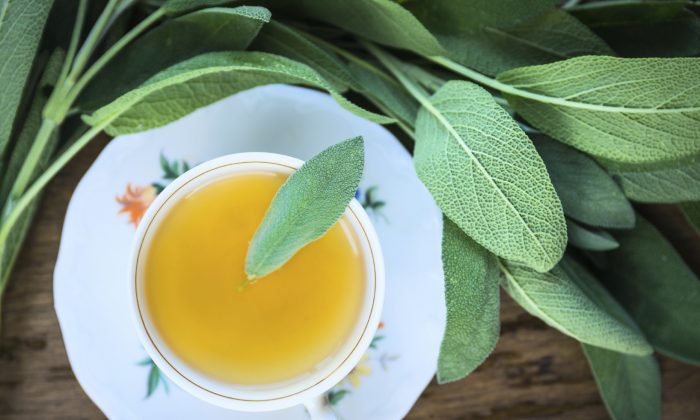 Sage tea is good for indigestion, sore throat, and many other health issues. (vicuschka/iStock).
Alternative Health

Use Sage for Headaches, Indigestion, Sore Throats, and More

In many ancient cultures, sage was an herb associated with both purification and long life. For thousands of years, people have used sage leaves to season food, treat a wide variety of health problems, and repel evil spirits.

Today, sage is mostly known for its role in Thanksgiving stuffing, but its name suggests a more illustrious past. Consider that a person of great wisdom was once called a sage. Even today, elders give guidance by offering sage advice.

There are hundreds of salvia varieties found all over the world. Several are suited to food and medicine. Ornamental salvias are grown for their handsome flowers. One salvia from Mexico is a powerful hallucinogen.

However, the plant most people mean when they refer to sage is known as Salvia officinalis. The leaves of this plant are oblong, greyish-green, with the texture of deeply wrinkled skin.

Sage is a member of the mint family—a group of plants that include herbal heavy hitters such as lavender, rosemary, basil, and peppermint. Fresh sage has an earthy, almost musty smell with notes of pumpkin and pine.

Sage has benefits for the whole body, but it especially favors the mouth and throat. Native Americans used fresh sage as a kind of toothbrush to clean the mouth after a meal.

Today, herbalists prescribe sage for inflamed tissues in the mouth, such as gingivitis, canker sores, and bleeding gums. Sage is also one of the best herbs to soothe a sore throat, as well as for tonsillitis, laryngitis, and upper-respiratory infections.

Purifying sage also helps with digestion, particularly of fats. If you eat too much greasy food, consider sage tea as your after- dinner drink. It benefits the liver and encourages the gallbladder to release bile. Sage also helps with headaches that stem from overindulgence. Perhaps that’s why it’s the featured herb for Thanksgiving.

Sage also has an astringent character with an ability regulate fluids. This makes it a valuable medicine in reducing nightsweats, sinus congestion, and excess salivation. Paradoxically, sage can also cause the body to sweat, if necessary, to reduce a fever.

Men can take sage (it’s sometimes used to calm excessive sexual desire), but the herb has a special affinity for females. Sage is used to help regulate menstrual flow, aids in postpartum depression, and dries up milk production after a mother is finished nursing.

Rosemary, another member of the mint family, is known for befitting the mind, but sage may help in this regard too. Several double-blind, placebo-controlled human studies have shown improved memory and cognitive function with sage extract.

3 Chinese Herbs That Will Make You Appreciate Winter

In China, the root of red sage (Salvia miltorrhiza) is used to treat severe chest pain caused by inadequate blood supply to the heart (angina pectoris), and other heart-related problems. Called danshen (which means cinnabar root in Chinese) this herb was first mentioned in the Shennong Bencao Jing (a foundational text on traditional Chinese herbs written about A.D. 200) as a remedy for evil qi in the heart and stomach. In modern China, danshen is sometimes given to hospital patients through an IV.

Like other plants of the mint family, sage gets much of its medicinal power from essential oils. In the interest of getting the most essential oils possible, use fresh leaf. Whole dried leaves are fine but must be stored in an airtight bag if kept for any length of time. The pulverized “ground sage” in the spice aisle likely has little potency, especially if it’s more than a few months old.

Hot tea is the easiest way to take sage. Add a handful of leaves and stems to boiling water. Turn off the heat and cover for 20 minutes to retain the essential oils.

You can have two three cups a day of sage tea, but keep in mind that too much can dry you out after a while. If you take the herb for three weeks straight, give it a rest.

If you’re interested in upping the sage in your meals, consider pairing it with bland and starchy ingredients, such as potatoes and beans, or with fatty foods like cheese and meat. A classic north Italian dish features chopped sage leaves with white beans, olive oil, and garlic.