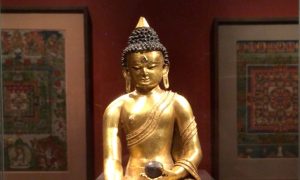 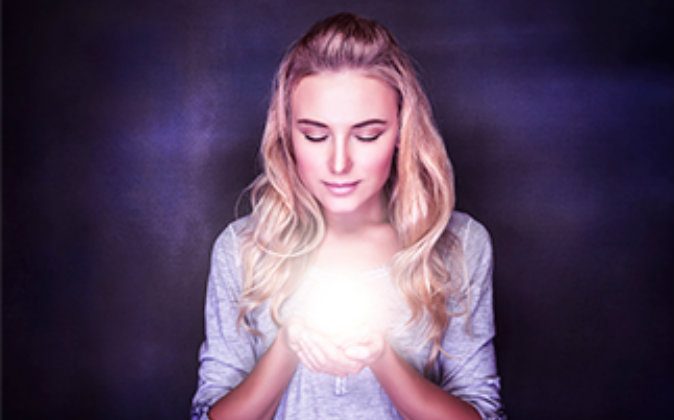 Understanding the Heart of Chinese Medicine

Modern people typically believe that the brain rules the body. But according to ancient Chinese doctors, the heart is in charge. In traditional Chinese medicine, the heart is considered the emperor of the body. It sets the tone and direction for the rest of the organ systems to follow.

What did they see in the heart that qualified its leadership? A sense of spirit. While ancient Chinese doctors understood that the heart was an organ that moved blood through the body, this was a minor detail in the grand scheme of things. They paid little attention to the physical heart and focused almost exclusively on its spirit, known as “shen.”

Shen can seem like a wild idea in comparison to the conventional concept of the heart in modern medicine—that of a glorified pump, vital but mostly mechanical. Yet recent research is coming to see the heart as more of a thinking, feeling organ.

According the “The Yellow Emperor’s Classic”—the oldest known text in Chinese medicine—the strength of the shen is fundamental to good health: “If shen is strong, the body will be strong; if we lose shen, the body will perish.”

You can think of your shen as the force that animates the body. It guides consciousness and intellect, reflects upon what it observes in the outside world, and gives us a sense of awareness.

While you may have been taught that such qualities of mind belong to the brain, according to acupuncturist Brandon LaGreca, owner of the East Troy Acupuncture clinic in Wisconsin, people still intuitively identify their sense of self with the heart.

“If you ask a person to point to themselves, where do they usually point? Their chest. I think you’d be hard-pressed to find someone pointing to their head when they identify themselves physically,” he said.

Research and the Heart Spirit

While modern science is just starting to discover a more expansive view of the heart, there has long been a cultural recognition in the West that the heart has a spiritual side. Poets, for example, speak of the pain of heartbreak and the goodwill of the kindhearted.

“Whether or not you use the Chinese word shen, I think we all recognize that there is a consciousness aspect to the heart,” LaGreca said.

Studies show that emotional imbalances can have a damaging effect on the heart, such as the impact chronic stress has in elevating blood pressure. But some researchers find an even deeper connection between the heart and mind.

One modern treatment strategy that directly involves this idea is called HeartMath. Endorsed by physicians such as Christiane Northrup and Deepak Chopra, HeartMath involves a biofeedback device combined with breathing and gratitude exercises designed to improve emotional and physical well-being by targeting what they call the “heart-brain connection.”

It’s kind of like meditation with a machine that tells you if you’re doing it right.

It’s kind of like meditation with a machine that tells you if you’re doing it right. According to research from the HeartMath Institute, different patterns of heart activity not only correspond with different emotional states, but they also have a distinct influence on cognitive function.

Further evidence of heart consciousness can be found in the many cases of heart transplants where organ recipients report inheriting the cravings, emotions, and personality traits of the donor.

So how did ancient Chinese medicine hit upon an idea that researchers are only beginning to recognize? According to acupuncturist James Whittle, owner of the Blue Ridge Acupuncture Clinic in Asheville, North Carolina and author of “Art of the Heart in Chinese Medicine,” it’s a matter of perspective.

“It’s like the chicken and the egg,” he said. “What comes first?”

According to Whittle, modern medicine focuses its attention primarily on the physical body, so intangible qualities like consciousness appear to be a byproduct of the brain.

Chinese medicine takes the opposite approach. It looks to the nature and movement of energy to explain changes in the physical body. From the Chinese perspective, spirit is primary, and consciousness rests in the heart.

How do you see the wind? To get a handle on energetic ideas, it helps to use symbols and archetypes for illustration. That’s why Chinese medicine talks in terms of yin and yang, and the five elements of metal, wood, water, fire, and earth to describe health and disease.

In traditional Chinese medicine theory, balance is the name of the game. The cool, soft properties of yin should be in harmony with the heat and strength of yang.

In this ideology, each organ corresponds with one of the five elements found in nature. Illness arises when these elements are out of balance. Too much of one element is an excess condition. Too little is a deficiency. When energy (qi) is blocked, it results in stagnation.

The heart represents the fire element. The Chinese didn’t believe there were actual flames in the heart, but this serves as another metaphor that carries throughout diagnosis and treatment. Insomnia, for example, is a symptom of excess heart fire. Congestive heart failure is a result of heart yang deficiency.

Not only does the heart contain the spark of consciousness, but the acupuncture meridian that corresponds to the heart is called the “fire channel.” It runs along your arm, from your armpit, to the tip of your pinky.

Another symbolic association with the heart is the color red. Blood is an obvious connection to this color, but several herbs commonly used to treat the heart are red too, such as Chinese red date (“da zao”), ginseng, and goji berries.

Of course, the heart does not exist in isolation. In Chinese medicine, all the organ systems interrelate to one another, and a proper treatment takes the whole body into consideration.

“If the heart is involved, you can pretty much guarantee there are other systems involved and you need to treat the whole person,” Whittle said. “There could be heart yang deficiency, spleen qi deficiency, and kidney yin deficiency all at the same time.”

Cardiovascular disease is the leading cause of death worldwide. While genetics play a small role in the development of heart problems, experts agree that most heart disease is caused by preventable factors. However, this is a relatively new idea in modern science.

In the late 1970s, Dr. Dean Ornish was the first Western medical scientist to look at diet, exercise, and group counseling as valid strategies to heal heart problems. Since then, the lifestyle changes outlined in the Ornish program have repeatedly proven that they can prevent and even reverse heart disease.

Like the Ornish program, one of the key features of Chinese medicine is its emphasis on disease prevention. Chinese doctors know that long before the physical heart gets sick, the shen will show signs of deterioration, such as anxiety, fear, depression, obsession, and insomnia (symptoms of an unsettled spirit).

For the shen to be healthy, it needs a sense of community, purpose, and peace of mind—qualities that are often hard to come by in our high-stress, industrial world.

Thus, Chinese medicine recognizes and treats a much wider range of “heart” problems than Western medicine.

“Of course we also treat people who have heart palpitations, as well as those with advanced heart disease and heart failure, but that’s not the lion’s share of heart imbalances in Chinese medicine,” LaGreca said. “Things like being out of touch with oneself and one’s purpose, insomnia, anxiety and depression come up in great supply among our patients.”

Once you know what to look for, signs of shen disturbance can be easy to spot. Ancient Chinese texts say to look first to the face. A face with a serene expression and a rosy complexion demonstrates a strong shen and good circulation; a pale, worry-worn face points to problems.

Another external indication for heart spirit health is found in the tongue. A red tongue tip, for example, indicates excess heart heat, which often manifests as anxiety or insomnia.

The heart’s connection to the tongue has a metaphorical quality as well. Not only is our ability to taste related to heart health in Chinese medicine, but the heart is said to have some tasting ability of its own.

“We can look at the tongue to see how the heart is functioning and the health of the heart,” LaGreca said. “We extend this idea with the metaphor that the heart is tasting what is coming through the blood—hormones and chemicals, and such—and telling the rest of the body what to prepare for.”

According to acupuncturist Emma Suttie, owner of Blue Buddha Acupuncture Sarasota in Florida and founder of Chinese Medicine Living (a website devoted to sharing traditional Chinese wisdom), the heart-tongue connection also extends to our communication.

“Our ability to speak clearly is a direct manifestation of the heart,” she said.

Suttie recently saw a patient with several signs of a wounded heart spirt: anxiety, insomnia, and extreme sadness. Her symptoms started a year before, soon after her father was killed in an accident. She was so close to him that it was hard for her to move on.

“She came from a family that did not talk about their feelings, so she felt that she was not allowed to grieve this very painful loss,” Suttie said.

In addition to herbs and acupuncture to heal the heart imbalance, Suttie said the most important part of her prescription was getting her patient to talk about and acknowledge her feelings.

“During her acupuncture treatments, she would sometimes cry while on the table, the acupuncture releasing the grief trapped inside her body,” Suttie said. “With time, her symptoms disappeared, and she was able to think about her father and feel joy at remembering him instead of being consumed by grief. All these things helped to heal her heart and regain balance so she could feel joy once again.”

5 Ways to Nourish Your Chinese Heart

Whittle mentions a case of heart shen disturbance that he saw recently: A 50-year-old woman with anxiety, palpitations, and extreme insomnia that has lasted several years.

“The shen likes peace and calm,” Whittle said. “In her case, she had a job that made her feel very anxious, and she realized that it was time for her to leave that job and find something that would contribute to her happiness. When she made that lifestyle choice, it was a great shift.”

Of course, walking away isn’t always an option. In these cases, Whittle encourages his patients to learn techniques to cultivate inner peace so that they can better handle the stress they must face.

“You may have to practice qi gong, tai chi, or breathing exercises. You may have to change your diet and make sure your blood sugar is well-regulated to help with stress,” Whittle said.

Have a Sense of Purpose in Life? It May Protect Your Heart

Emotions like fear, anger, hatred, and resentment can hurt the heart, while joy is its natural state. But an important theme in Chinese philosophy is everything in moderation. Ancient Chinese texts warn that excess joy can also harm the heart.

“A better word in English is probably mania,” LaGreca said. “This could be someone who is bipolar and is having a manic episode, but it could be anybody who is living life large and has a lot going on. An overexuberant state of being for any prolonged length of time could have a negative effect on the heart.”

“In Asian cultures, there is often an emphasis on cultivating a sense of peace and tranquility. That’s the heart in balance. It’s like the monk who has been meditating and can ride the waves of emotions in the world around [him].”