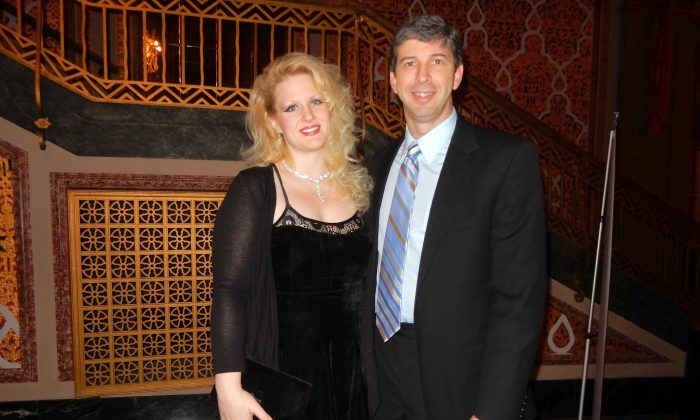 KNOXVILLE, Tenn.—Truth, compassion, tolerance, “I think they’re values that all humans should have towards one another. They should all speak truth to one another, and that they should all be tolerant of each other, and … be compassionate towards one another. I believe, when you have a belief system that isn’t tolerant that that might be the one thing we should not tolerate,” said Jeff Stamper, after watching Shen Yun Performing Arts at the Tennessee Theatre in Knoxville.

Mr. Stamper felt inspired by what he saw of the classical Chinese dance and music company on Jan. 12. He thinks we should all strive to have a culture as beautiful and inspiring as that portrayed by Shen Yun of ancient China.

Through music and dance, New York-based Shen Yun brings the cherished values of 5,000 years of Chinese civilization to the world. These values include truth, compassion, and tolerance, as well as courage, loyalty, and piety.

Many of the dances—all accompanied by an orchestra of both Western and Chinese instruments—portray ancient legends or tales from literary classics. A few tell stories of modern China and the spiritual repression currently going on under the communist regime.

In one dance about modern China, a man of faith, who desires to live a good and peaceful life, has that taken away from him by the police who enforce official communist policies. Yet the man does not waver in his faith.

“I was just inspired by his conviction to hold on to that, even through a tough time,” said Mr. Stamper, a medical dosimetrist at Provision Center for Proton Therapy, who attended with his wife, Shannon.

Mrs. Stamper, a nuclear medicine technologist, felt it was very sad that the freedom to follow one’s faith is not allowed in China. “I can’t even imagine living in that kind of oppression,” she said.

“I was unaware that you aren’t able to meditate there,” Mr. Stamper said. “That’s absurd, it’s preposterous.”

Not only are the values of truthfulness, compassion and tolerant important for people, but we should also help others hold on to them, Mrs. Stamper said: “I think we have to be loving and tolerant and compassionate to other cultures, and reach out to other cultures,” Mrs. Stamper said. “And when we see this kind of thing happening, we have to try and help, however we can.”

In addition to story-based dance, Shen Yun tours with award-winning vocalists, whose songs emphasize the link between humankind and the divine.

It was strikingly beautiful, and the words to the songs really meant a lot.
— Jeff Stamper

The spirituality of the message was clothed in palpable beauty for the Stampers. Mrs. Stamper felt the costumes were simply beautiful: “I was thinking as they were dancing, … I’ve got to get one of those dresses.”

“Yes, the costumes are wonderful,” Mr. Stamper agreed. “And their discipline, and just the elegance, and how they move and they dance; it is just wonderful.”

Mr. Stamper felt the performance was worth every bit of money, and he wants to bring his young son next year. He wants him “to know, there is another culture that believes in a Creator as well, not just in America.”