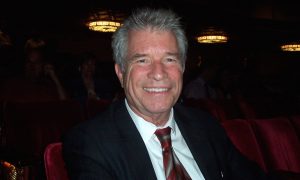 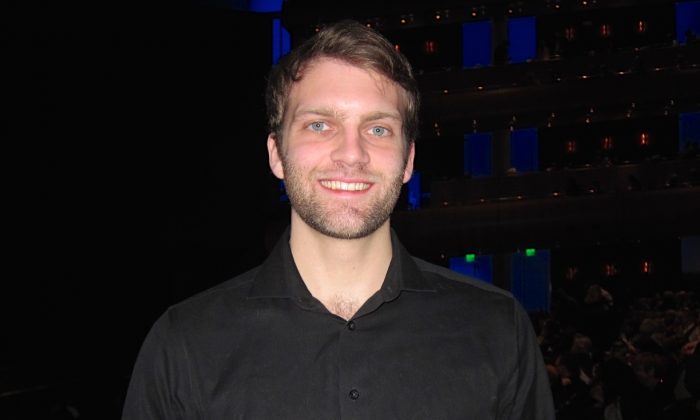 “It is my first real exposure to classical Chinese style,” he said. “It is a beautiful production, very well done.”

“In 2006, a group of leading classical Chinese artists came together in New York with one wish: to revive the true, divinely inspired culture of China and share it with the world,” says Shen Yun’s website.

The reason for their joining together is that “The communist regime has treated traditional Chinese values as a threat to its existence. And in its systematic campaigns like the Cultural Revolution, it has uprooted traditional beliefs and destroyed ancient treasures, bringing traditional 5,000 years of civilization to the brink of extinction.”

“The show has a maturity that I would not expect from an organization that’s only been around since 2006,” said Mr. Barry. “It is very sad that it is no longer practiced in China. What they are doing is very important here—very important—to hold on to their tradition, especially a tradition as rich and as old as Chinese culture.”

Shen Yun holds on to and shares its culture through storytelling dance, music, costumes, and a an animated backdrop for each of the 20 mini-dance and music dramas. They tell of beloved myths, legends, and history from ancient times to modern ones.

“There are fabulous stories [that are] very relevant even today, the stories and beliefs of that ancient tradition,” he said.

Mr. Barry takes away from the performance a sense of awe over “the fact [that] for 5,000 years these dances, this part of the culture, remains despite the efforts to stamp it out.”

Another impressive feature of the performance is the use of digitally animated backdrops that interact with the performers to enhance the storytelling.

In telling others about Shen Yun, he would say anyone would like it, even those without interest or experience with dance because the performers tell the stories well and the backdrops enhance them.

For four years they have wanted to come see Shen Yun Performing Arts perform, and this year Bruce Los and his wife made it happen. “We are really glad we did,” said Mr. Los, an automotive consultant who has been to China several times.

What stood out for Mr. Los was Shen Yun Performing Arts Orchestra.

“It’s very significant having the live musicians. It was a key part of [the performance],” said Mr. Los.

“We think of China as one thing [yet] it’s very diverse. That’s the beauty, I think, of the show,” he said.

He particularly enjoyed and appreciated the spirituality of traditional culture as it helped him to understand China’s culture.

Mr. Los sees the mission of Shen Yun to restore traditional Chinese culture as important. “I think it’s very timeless. I appreciate seeing and hearing it, so it was good.”

He would tell his colleagues that “they should come, and some of them have.”