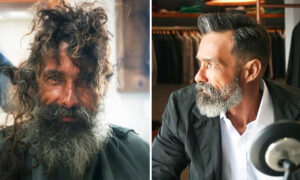 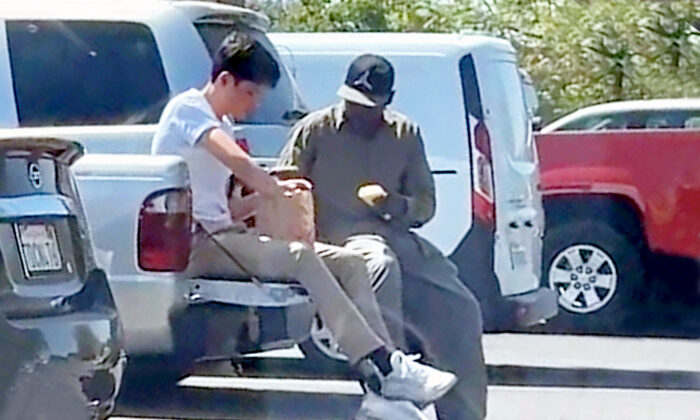 A California teen’s impulse to have lunch with a homeless man at Taco Bell is winning hearts online—thanks to a fellow customer who filmed the kind interaction in the parking lot.

The clip went viral on TikTok.

Michael Moreno of Fresno had stopped at the Taco Bell drive-thru after school on April 16, when he met Vance, a homeless man approaching cars and asking for spare change.

“He said he was trying to get bus fare to get back to his motel,” 16-year-old Moreno, a student at San Joaquin Memorial High, told The Fresno Bee.

After watching Vance try to banter with some other customers, yet fail, Moreno rolled down his window. The teen ordered the man three soft tacos and a drink.

Then, Moreno was struck by an impulse—he offered to meet him across the parking lot for lunch.

“I had a lot of free time that day, and he had a look on his face like he wasn’t having a good day,” Moreno said. “I could tell he wanted to talk.”

Moreno invited Vance—whose friends call him “Uncle Joe”—to sit with him on the tailgate of his pickup.

According to Moreno, he didn’t have to ask too many questions during their 45-minute meetup. “It just seems like people in his circumstances, they don’t always get to talk to a lot of people,” the student said. “So we talked, and I mostly listened.”

Vance, a lifelong Fresnoian, told the teen he’d bounced between high schools before meeting his wife while traveling on the coast. He had one biological daughter and three daughters who were adopted.

It seemed like Vance had had a hard life, Moreno said, but that he wasn’t solely to blame for his situation.

The homeless man insisted he was working hard to improve his life.

Unbeknownst to the pair, while they chatted, a woman across the Taco Bell parking lot filmed the tailgate picnic on her cell phone—which she later shared on TikTok, calling Moreno a “heaven sent” for reaching out to the man in need.

To date, the clip has garnered over 1 million views; Moreno had no idea he’d gone viral until a friend showed him the footage some days later.

“We have talked in our house how if you want to help somebody, sometimes you have to interact with them,” she said. “You can’t just throw money at those types of problems. You have to show them that you care.”

The teen encourages others to follow that advice—but when safety permits. “Not all homeless people are bad people, but not all people are great people,” he cautioned.

Moreno was unsure whether he and the homeless man would ever meet again; though he has no regrets over how he spent his lunch hour that day.

“Vance, he just seemed like a nice guy to have a conversation with,” the teen added. “I’m glad I did.”