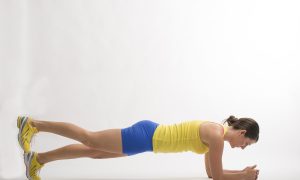 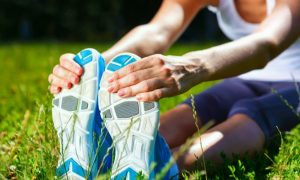 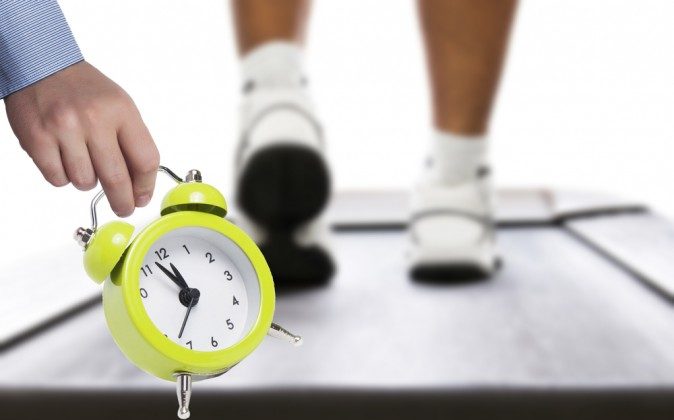 Too Busy to Exercise? Get Fit in 3 Minutes a Week

The most recent research shows that relatively short bursts of intense exercise—even if done only a total of a few minutes each week—can deliver many of the health and fitness benefits you get from doing hours of conventional exercise.

At some research centers, participants were able to improve their insulin sensitivity an average of 24 percent with as little as three minutes of HIT per week.

“So how does it work? … Part of the explanation is (probably) that HIT uses far more of your muscle tissue than classic aerobic exercise.

When you do HIT, you are using not just the leg muscles, but also the upper body including arms and shoulders, so that 80 percent of the body’s muscle cells are activated, compared to 20-40 percent for walking or moderate intensity jogging or cycling.”

But there’s an important caveat…

Just how well high intensity training actually works may in large part depend on your genetic makeup.

Your Genes May Determine How Little Exercise You Need

We often tend to believe that exercise will affect most people in similar ways. But that may be an oversimplification—at least when it comes to how little exercise you can get away with and still maintain good health. In the featured article, Michael Mosley offers the following explanation:

“The fact is that people respond to exercise in very different ways. In one international study 1,000 people were asked to exercise four hours a week for 20 weeks. Their aerobic fitness was measured before and after starting this regime and the results were striking. Although 15 percent of people made huge strides (so-called “super-responders”), 20 percent showed no real improvement at all (“non-responders”).

There is no suggestion that the non-responders weren’t exercising properly, it was simply that the exercise they were doing was not making them any aerobically fitter. Jamie [Timmons. Professor of ageing biology at Birmingham University] and his collaborators investigated the reasons for these variations and discovered that much of the difference could be traced to a small number of genes. On the basis of this finding they have developed a genetic test to predict who is likely to be a responder, and who is not.”

I thought that the recent report in the BBC News was an interesting confirmation of the Peak Fitness approach I have been advocating for some time now. It is important not to get caught up in the non-responder element of the report as it is was related to aerobic fitness, which we now realize is far less important than anaerobic fitness. It is safe to assume that everyone, including you, requires the metabolic challenge to stay healthy and avoid disease. While some people may actually get more aerobically fit than others, virtually everyone seems to benefit if the exercises are done properly.

Mosley tested HIT for himself, and reveals the results in the featured article. He performed the exercises on a stationary bike. After warming up, he cycled “all-out” for 20 seconds, rested for a couple of minutes, and then gave it his all for another 20 seconds. Total time: just a few minutes! After four weeks—which amounted to a grand total of 12 minutes of intense exercise and 36 minutes of relaxed pedaling—Mosley’s insulin sensitivity had improved a respectable 24 percent. His aerobic fitness, however, remained unchanged.

“It turns out that the genetic test they had done on me had suggested I was a non-responder and however much exercise I had done, and of whatever form, my aerobic fitness would not have improved. My dreams of winning Olympic gold ended there and then. I will continue doing HIT because I can see the benefits. It won’t suit everyone, because although it is short, it is extremely intense.“

This truly is amazing, and while aerobic fitness is indeed important, improving and maintaining good insulin sensitivity is perhaps one of the most important aspects of optimal health. Previous research has demonstrated that 20 minutes of high intensity training, two to three times a week, can yield greater results than slow and steady conventional aerobics done five times a week. But the fact that you can improve your insulin sensitivity by nearly 25 percent with a time investment of less than ONE HOUR A MONTH really should send people straight to the gym en masse…

How to Maximize the Health Benefits of Peak Fitness Training

However, you don’t need a gym to perform high intensity interval exercises. It can be performed with virtually any type of exercise; with or without equipment. You can just as easily perform interval training by walking or running outdoors as you can using a recumbent bike or an elliptical machine.

While it’s theoretically possible to reap valuable results with as little as three minutes once a week, it might be more beneficial doing them two or three times a week for a total of four minutes of intense exertion, especially if you are not doing strength training. You do not need to do them more often than that however. In fact, doing it more frequently than two or three times a week can be counterproductive, as your body needs to recover between sessions.

I personally do Peak Fitness on an elliptical once a week (see below) but currently, twice a week, I am doing a fairly intense strength training workout. If I feel that I have plenty of energy and can complete the workout, then I continue in that frequency, but if I get tired and poop out during the session, I know it is time for me to increase my recovery time. In that case, I decrease strength training to once a week and put more time in on the Power Plate.

If you want to do more, focus on making sure you’re really pushing yourself as hard as you can during those two or three weekly sessions, rather than increasing the frequency. Intensity is KEY for reaping all the benefits interval training can offer. To perform it correctly, you’ll want to raise your heart rate to your anaerobic threshold, and to do that, you have to give it your all for those 20 to 30 second intervals. Here’s a summary of what a typical interval routine might look like using an elliptical:

When you’re first starting out, depending on your level of fitness, you may only be able to do two or three repetitions of the high intensity intervals. As you get fitter, just keep adding repetitions until you’re doing eight during your 20 minute session. You will notice that the Peak Fitness has 30 seconds rather than 20 and goes for 8 sessions so it is a harder workout. But, as the article states, if you do less, you will still get benefits. They just may not be as dramatic as with the Peak Fitness approach.

The featured findings also support recent research published in the journal Cell Metabolism, which shows that when healthy but inactive people exercise intensely, even if the exercise is brief, it produces an immediate change in their DNA. While the underlying genetic code in the muscle remains unchanged, exercise causes important structural and chemical changes to the DNA molecules within the muscles, and this contraction-induced gene activation appears to be early events leading to the genetic reprogramming of muscle for strength, and to the structural and metabolic benefits of exercise.

Several of the genes affected by an acute bout of exercise are genes involved in fat metabolism. Specifically, the study suggests that when you exercise, your body almost immediately experiences genetic activation that increases the production of fat-busting proteins. Previous studies have identified and measured a wide variety of biochemical changes that occur during exercise. More than 20 different metabolitesv are affected by exercise, including compounds that help you burn calories and fat, and compounds that help stabilize your blood sugar. These biochemical changes create a positive feedback loop.

As mentioned earlier, one of the key health benefits of exercise is that it helps normalize your glucose and insulin levels by optimizing insulin receptor sensitivity. This is perhaps the most important factor for optimizing your overall health and preventing chronic disease.

Aim for a Well-Rounded Fitness Program

While high intensity interval exercises accomplish greater benefits in a fraction of the time compared to slow, endurance-type exercises like jogging, I do not recommend limiting yourself to a few minutes of exercise per week. If that’s all you have for now, then by all means, do what you can. But ideally, to truly optimize your health, you’ll want to strive for a varied and well-rounded fitness program that incorporates other types of exercise as well. Without variety, your body will quickly adapt. As a general rule, as soon as an exercise becomes easy to complete, you need to increase the intensity and/or try another exercise to keep challenging your body.

I recommend incorporating the following types of exercise into your program:

You need enough repetitions to exhaust your muscles. The weight should be heavy enough that this can be done in fewer than 12 repetitions, yet light enough to do a minimum of four repetitions. It is also important NOT to exercise the same muscle groups every day. They need at least two days of rest to recover, repair and rebuild.

You can also “up” the intensity by slowing it down. For more information about using super slow weight training as a form of high intensity interval exercise, please see my interview with Dr. Doug McGuff.

*Image of “time for exercise” via Shutterstock