To This Former Classical Ballerina, Shen Yun Is Beautiful, A Special Thing to See 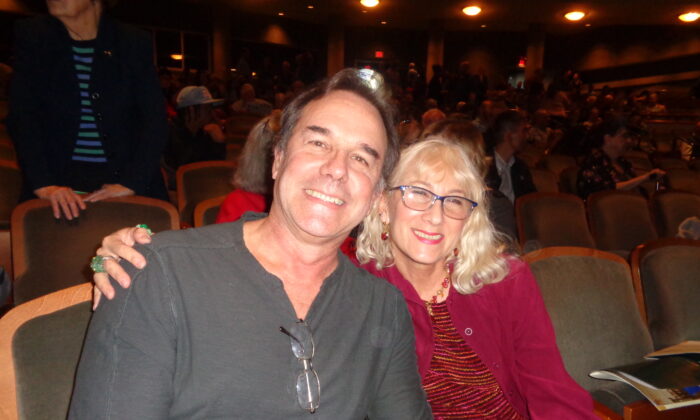 AUSTIN, Texas—Beauty doesn’t only live in the eye of the beholder. It can live in people’s traditions, as well as their feelings, according to one former ballet dancer who attended Shen Yun Performing Arts in Austin, Texas.

Nadya Padilla praised New York-based Shen Yun’s performance and its mission, which is to revive authentic Chinese culture and its profound feelings and spirituality. She attended the Feb. 1, 2020, performance at the Long Center for the Performing Arts in Texas’ capital city.

Shen Yun is not allowed to perform in China, even though that is the homeland of its cultural origin. This is because the Chinese Communist Party has systematically attempted to destroy traditional Chinese culture since the Cultural Revolution. Traditional Chinese culture is steeped in divine inspiration and personal self-refinement practices, which are also under attack. The CCP’s campaign of violence against spiritual believers is still in full force today.

The ballerina has a personal connection with communist suppression: her husband is from Cuba, a place, she says, that Americans know too little about.

“It was an eye-opening for me, that with, even though my husband, who’s from Cuba, came from the communist system, you don’t know what’s happening in their world,” she said.

As part of Shen Yun’s revival of Chinese culture, they include dance pieces that depict the persecution of spiritual believers in China, and how, according to ancient Chinese legend, the compassionate and faithful will be rewarded by the Creator while those who harm innocent lives will be punished.

Padilla had high praise for many aspects of Shen Yun.

“My overall impression is incredible beauty. Coloring is so wonderful to see. The dancers are very nice. The choreography is simple but very beautiful, very harmonious, which is what I think the feeling of the Chinese culture,” she said.

A piece that stood out to her among the 20 or so short dances in Shen Yun is called “Water Sleeves,” a dance by the female cast who throw and catch and dance with very long, silky sleeves. She described other dances, such as one with all men, and the use of other props like drums, and various stories that paint a picture of China.

“I would definitely tell anybody and everyone to come see [Shen Yun],” Padilla said. “My son lives in New York City, and he hasn’t gone to see it. And I said, ‘Well, why?’ He says, ‘Oh, they, you know. I don’t know, I guess because there’s a lot going on,’ and I’m going to tell him, ‘You should go see it.’ I really would highly recommend them to go see it, because I think it’s, you know, it’s beauty. A lot of beauty, so. And that’s a very nice thing to see.”