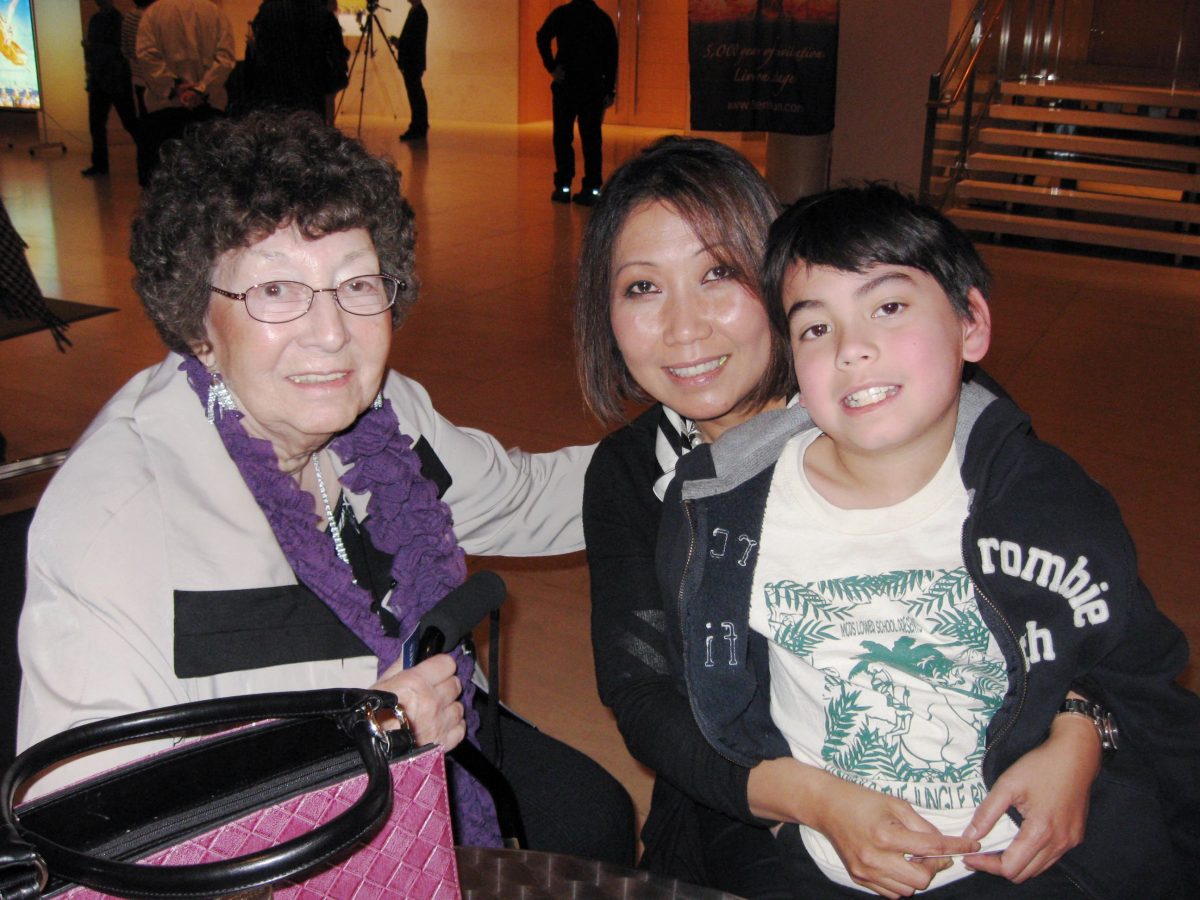 Three Generations in Madison Enjoy the Beauty of Shen Yun

Nanni came to see the show with her mother, Elaine Welter, and her 10-year-old son, Ceanu.

For 5,000 years, divine culture flourished in the land of China and Shen Yun is bringing back this traditional culture. It is doing so through classical Chinese and folk dance, a unique orchestra combining Western and Eastern traditional instruments, dazzling costumes, and much more.

Nanni was most impressed with “the dancing, the lotuses, the fans.”

For Elaine Welter it was the flowing silk ribbons and scarves and “how they can whirl them around, beautiful,” she said.

The senior Welter is a retired secretary of the Diocese of Green Bay and from De Pere, about two hours from Madison. Nanni describes herself as a homemaker. Others may also know her as a Madison area real estate investor and hotel owner.

Shen Yun’s mission is to restore traditional culture which is steeped in values and morals and told through 20 some mini-dance and song performances. These depict legends, myths, and past and current Chinese history.

Nanni Welter thought Shen Yun’s mission to restore spirituality through performance was wonderful. She believes in freedom of religion. “We are Buddhist too, so we like that.”

Several of the dance performances were about the faith-based group in China who have been oppressed and cannot practice freely there for over a decade.

Both of the Welter women said they would recommend Shen Yun to family and friends.

“Yes I would [recommend Shen Yun],” Elaine further explained. “It’s a beautiful performance. It really is. It takes a lot of studying, a lot of practice. They’re beautiful people.”

She is right, the heart of Shen Yun is classical Chinese dance, known for its distinct leaps, spins, jumps and movements requiring extensive training.