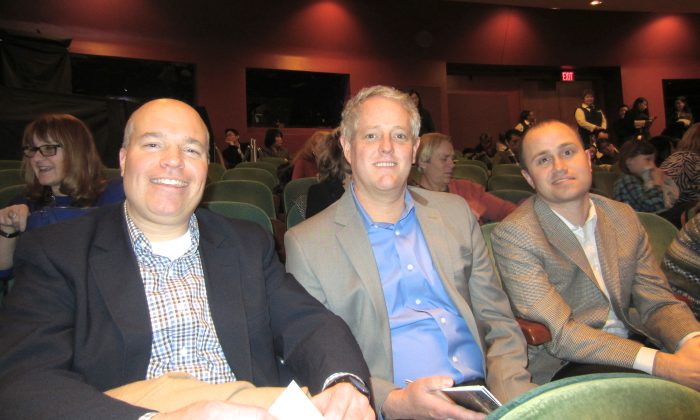 CINCINNATI—“I’m impressed with the culture and the history,” said Matt Bishoff after attending Shen Yun Performing Arts on Jan. 30. Mr. Bishoff and friends Doug Ruberg and Mike Palermo saw the performance at Cincinnati’s Aronoff Center for the Arts.

New York-based Shen Yun’s mission is to restore an ancient Chinese legacy—the nearly lost treasure of traditional music and dance. China’s 5,000 years of civilization is presented through classical Chinese dance, award-winning singers, and a full orchestra comprised of both Eastern and Western instruments.

“I think it is easy to follow, and so it is very informative, too,” he said.

Ruberg, communications consultant at Fidelity, liked “the illustrative nature of the dances. You can understand what’s going on from the actions.” He said that he learned more about a culture he previously knew little about.

Palermo, who has recently traveled to China, was happy to see the history and culture presented.

Mr. Bishoff believes it is important to preserve traditional culture for the future, and he appreciates Shen Yun’s mission.