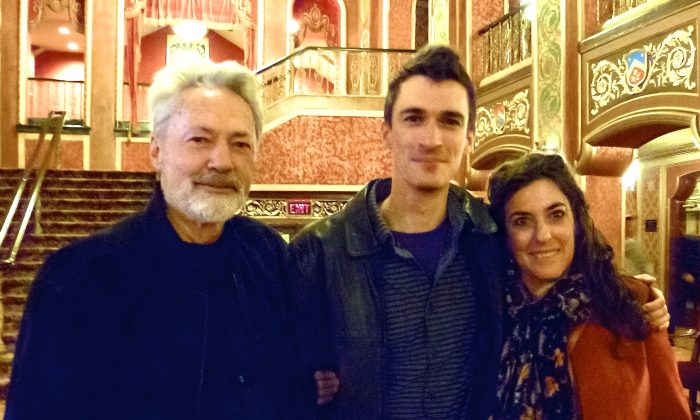 PROVIDENCE, R. I.—Impressionist painter Simie Maryles runs the Simie Maryles Gallery in Provincetown on Cape Cod, Massachusetts. The gallery represents traditional art by contemporary artists. Ms. Maryles attended the opening night of Shen Yun Performing Arts at Providence Performing Arts Center in Providence, Rhode Island on April 17. She said she was glad to be exposed to the bright side of China.

“Here in America we worry a lot about all the chemical things that are going on in China, all the big industry, and it’s so wonderful to see all this culture and it’s from a completely different point of view,” Ms. Maryles said.

As a painter, she appreciated the ethnic dances that were performed agains the digital backdrop depicting the snow-capped mountains of Tibet, the beaches of Southern China, and the plains of Mongolia. Audiences are often taken by surprise by Shen Yun’s usage of an advanced, interactive digital backdrop, which seems to transport dancers offstage.

“I paint impressionist works of cityscapes and landscapes,” she said. “It’s a lot about light, and it’s a lot about color. It’s because of that that I really really appreciate all the colors and the visual affects of the show.”

She said she especially loved the soulful performance of erhu.

“It was a powerful sound that spoke deeply to the soul. So foreign to us, but in a way familiar,” she said, adding that she loved the visual impact of the dancers on stage. “And the beautiful pageantry of the colors, the swirling, the kerchiefs, it was just absolutely, artistically gorgeous.”

Ms. Maryles was accompanied by George Haunstraup and his son Orion Haunstraup.

Mr. Orion Haunstraup said he’s spent a lot of time reading Chinese folk tales, such as “Journey to the West.”

“But my parents are less familiar with the beauty of such a wonderful land. It was a wonderful, wonderful show that really I hope passes on what a wonderful country China is to our Western world,” he said.

Mr. George Haunstraup was glad that his son introduced Shen Yun to him after learning about it from a billboard while driving from Boston.

“The thing that’s the most wonderful is that the generation that’s older—me—and the generation who is brought here, like my son, is so open and so overwhelmed by how fantastic this show was,” the elder Mr. Haunstraup said.

“It’s a very moving show. Beautiful,” the younger Mr. Haunstraup said. “To anyone considering going to the show, I highly recommend it. The dancing is amazing as well.”