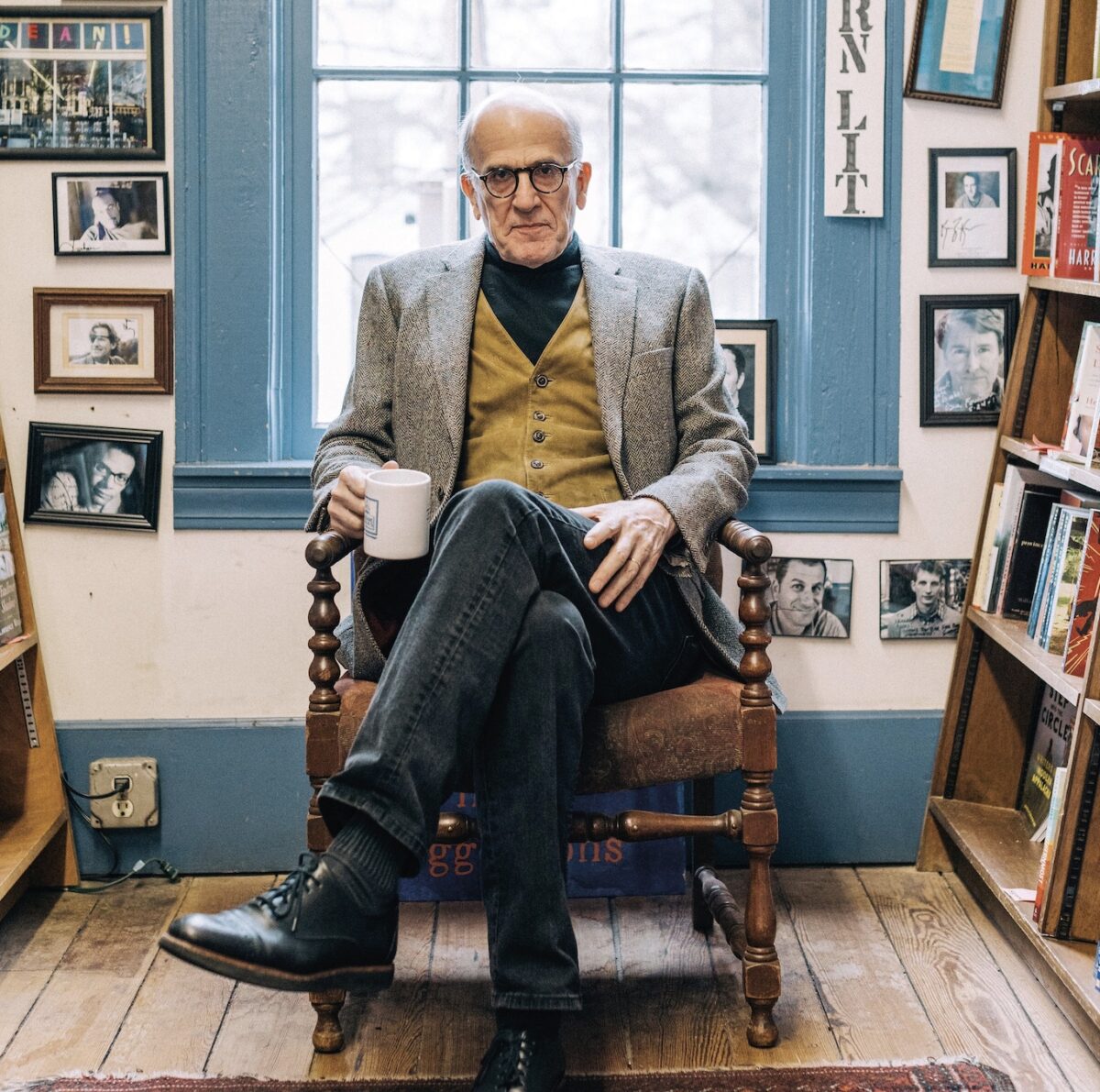 Since childhood, Richard Howorth wanted to open a bookstore in his hometown of Oxford, Miss. (White Studio Creative)
American Essence

This Small Town Mississippi Bookstore Unites Not Just Bookworms, But the Whole Community

As a young child, Richard Howorth was often gifted books for Christmas from families and friends. However, his most memorable book was a giant golden volume that contained Homer’s “Iliad” and “Odyssey.” Intended as a children’s copy, it was full of wondrous illustrations, and Howorth recalls being swept away by the stories within. His elder brother, David, also played a big role in Howorth’s admiration for literature. His brother would often buy books, which Howorth would pick up and read.

In his family home in Oxford, Mississippi, there was a tiny room that housed a record player and some bookshelves. He spent much of his time there, flicking through books and gaining knowledge. Despite having his own little library at home, he yearned for an actual bookstore. Oxford was too small to support one, but that didn’t stop the Howorth brothers from wishing for one. He would often hear his older brother saying, “Somebody ought to open a bookstore here.” This thought would stay at the back of his mind for years to come. The more he thought about it, the more he wanted to make it a reality.

Oxford is well known as the town in which famed writer William Faulkner lived and died. Howorth explained that he grew up across the street from Faulkner’s residence; the Howorth family moved into the house in 1963—a year after Faulkner’s death. “Faulkner tourists” would visit Oxford in hopes of better understanding the fictional worlds Faulkner created that were based on the town. The tourists often pulled up near Howorth’s driveway.

Howorth’s love for literature led him to major in English at the University of Mississippi. After finishing college in 1972, Howorth decided he needed a change in scenery, having lived in Oxford, Mississippi, for nearly his whole life. He and a friend decided to go to Portland, Oregon. Shortly before he left, he met a young woman called Lisa, now his wife, with whom he instantly fell in love. “She had just come into town,” he said. The timing of their encounter was unfortunate, as Howorth was intent on leaving his monotonous life in Oxford. The night before he left, he decided to leave her a note on the windshield of her car, expressing his feelings for her. He was shocked the next morning when he received a letter back. “I told my buddy I’m not going to open this until we get three states away,” he said. Once he finally did open the letter, he found out that the feelings were reciprocal. The pair kept in touch while Howorth worked in Portland at a window shade manufacturing plant.

After returning to Mississippi, Howorth and his wife moved to Chapel Hill, North Carolina, so that Lisa could finish her library science graduate degree. While there, they both decided to work at a bookstore in the Georgetown neighborhood of Washington, D.C. After their second year there, the pair became co-managers. “It was one of five stores that were owned by two couples who coincidentally lived in Chapel Hill,” said Howorth. The owners eventually decided to open a sixth location by purchasing an old Georgetown institution. The store was named Savile Bookshop, and the couple went on to work there from 1976 until its closure in 1979 due to financial hardship.

His time working at Savile Bookshop was pivotal, despite the many shortcomings and setbacks they experienced. “I think there’s no better way to learn the book business or any business than to work for one that’s failing,” he said. By drawing on the experience, Howorth went on to launch his own bookstore back in his hometown of Oxford, Mississippi, in 1979—which he named Square Books. Soon, Mississippi writers who made it big, such as former editor-in-chief of Harper’s Magazine Willie Morris, moved to the town and brought with them an influx of writers and literary enthusiasts. These people would become great friends of Square Books and helped solidify the bookstore’s reputation. Their immediate success would lead Howorth to expand into more locations.

From Vision to Reality

Square Books is made up of three separate buildings. The primary store is a two-story building with a cafe and bakery on the second floor. The second bookstore, Off Square Books, is situated across the street from the first and contains lifestyle collections, including gardening and cookbooks. Square Books Jr. is the children’s bookstore located on the east side of the square. Above it sits Rare Square Books—the newest addition to the Square Books family of stores featuring collectibles and antiques as well as vintage and rare books.

From the beginning, the bookstore hosted book signings for local authors. “We did that within the first month or two that we had opened the store,” he said. At Off Square Books, which was formerly a furniture store, Howorth set up a stage, complete with curtains and theater lights, so that performances could be held there. The space also hosts a special weekly radio show called Thacker Mountain Radio, where authors are invited to read or talk about their upcoming titles. Howorth explained that he got the idea for this when he was approached by a pair of musicians who wanted to use his event space to host their music radio show. Howorth was initially reluctant, as he did not want to use the bookstore for something non-book-related. But after some thought, he came up with a way to incorporate up-and-coming writers into the radio show by featuring them 15 minutes before the end of the show. Since its founding in 1997, the radio show has increased in popularity and has gone from being broadcasted locally to being featured on public radio all over the state of Mississippi. Recently, it has also been broadcasted in parts of Alabama and Tennessee. “It’s terrific exposure for the writers and the musicians,” said Howorth.

Today, Square Books is known for its extensive collection of Southern literature, including the works of 20th-century writers like Tennessee Williams, Eudora Welty, Barry Hannah, Walker Percy, and Larry Brown, a novelist known for his involvement in the “grit lit” literary movement that dealt with raw and rugged themes set in the South. The bookstore also provides a unique book subscription service—one book per month—for both adults and children alike. The former offers signed first editions of books to subscribers interested in building their own home libraries. Readers can opt for either fiction or nonfiction titles. The children’s version curates books for young readers based on their age and interests. Square Books believes there is no better way to foster a lifetime love of reading than to provide children with their own books.

Many local writers express fond memories of Square Books—a place that has shaped and nurtured them during their writing careers. The bookstore has hosted about 2,000 authors during its tenure so far.

Howorth said, “Independent bookstores are an important element of the ecosystem of literature in the country.” Local bookstores have a better, regional understanding of their market, enabling them to choose and provide books that locals will love for generations to come. They also serve as a hub for the whole community and provide a voice to new writers, celebrating their achievements as if they were their own.

Skylar Parker
Follow
Skylar Parker covers health and lifestyle for The Epoch Times. She has written for Radiant Life and American Essence magazine. She graduated with a bachelor's degree in Media and Creative Writing in 2018. Skylar is passionate about tea, nutrition, nature, psychology, and the arts.
SHARE
Friends Read FreeCopyFacebookTweet
You May Also Like