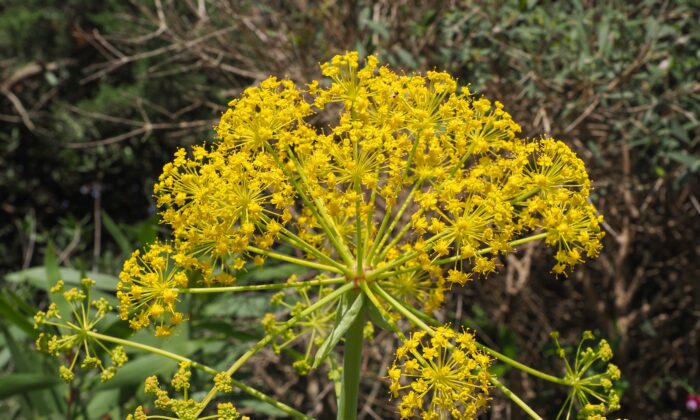 Tapsigargin appeared to trigger an eff ective immune response in the body as opposed to fi ghting the virus directly. (
Mind & Body

Researchers from the UK’s University of Nottingham revealed that an experimental cancer drug showed promising lab results against viral infections, and specifically against COVID-19.(1)

News about how to control or combat the SARS-CoV-2 virus has overtaken media outlets and public debate, to the detriment of addressing other public health issues. For example, during 2020 the rates of suicides,(2) especially among young people, and drug overdoses(3) have risen dramatically.

Recently,  one focus of media reports has been debunking potential treatments that aren’t developed or manufactured by the pharmaceutical industry while encouraging the public to keep their eye squarely on the COVID-19 vaccine. News stories abound about where to get the vaccine, when and where the drug is being shipped, and assurances that the side effects are minimal.

Recent research published in the journal Viruses,(4) however, revealed the drug thapsigargin may have broad-spectrum antiviral activity, including against coronaviruses such as SARS-CoV-2.

In a press release,(5) the researchers stressed the significance of improving the clinical management of a variety of viruses since it is often impossible to distinguish one from another upon presentation. The lab results demonstrated thapsigargin was highly effective against SARS-CoV-2 as well as respiratory syncytial virus (RSV), influenza A, and the common cold coronavirus OC43. During the study, the researchers found that thapsigargin’s “performance was significantly better than remdesivir and ribavirin in their respective inhibition of OC43 and RSV.”(6)

In the same study, researchers tested thapsigargin in mice against a lethal influenza strain. It appeared to protect the animals during the challenge and had the ability to inhibit “different viruses before or during active infection.”(7) The researchers concluded thapsigargin or its derivatives are a promising inhibitor of the viruses tested.

Thapsigargin is derived from the “deadly carrot” thapsia plant,(8) also known as villous deadly carrot for its white carrot-like root.(9) The drug has previously been tested against prostate cancer and the scientists found that in small doses it had antiviral properties.

In the press release,(10) the researcher listed some of the key features from other cell and animal studies they believe make thapsigargin a promising antiviral option. This included effectiveness when it was used preventively or during an active infection, stability in an acidic pH so it could be administered orally, and greater effectiveness than current antiviral pharmaceutical options.

Another of the benefits the researchers believe thapsigargin has compared to other antiviral medications is that the viruses tested didn’t appear to develop a resistance to the compound’s actions.

Thapsigargin appeared to trigger an effective immune response in the body as opposed to fighting the virus directly. These responses help disrupt viral replication and mean the drug is potentially valuable against mutant strains since effectiveness is not dependent on direct interaction with the virus.

Kin-Chow Chang, Ph.D., a scientist on the research team, is quoted in the Daily Mail as saying (11): “Given that future pandemics are likely to be of animal origin, where animal to human (zoonotic) and reverse zoonotic (human to animal) spread take place, a new generation of antivirals, such as thapsigargin, could play a key role in the control and treatment of important viral infections in both humans and animals.”

When considering the financial end of it, the Daily Mail(12) reports that thapsigargin could be expensive, as it costs $104 per 1 milligram (mg) dose when used in experimental research. However, the cost may be reduced if it were brought into full production, which would be necessary for the drug to have wide application, as it was estimated doses may range from 200 mg to 800 mg as a flu antiviral.