Third-Most Popular Supplement: Why Are People Taking It? 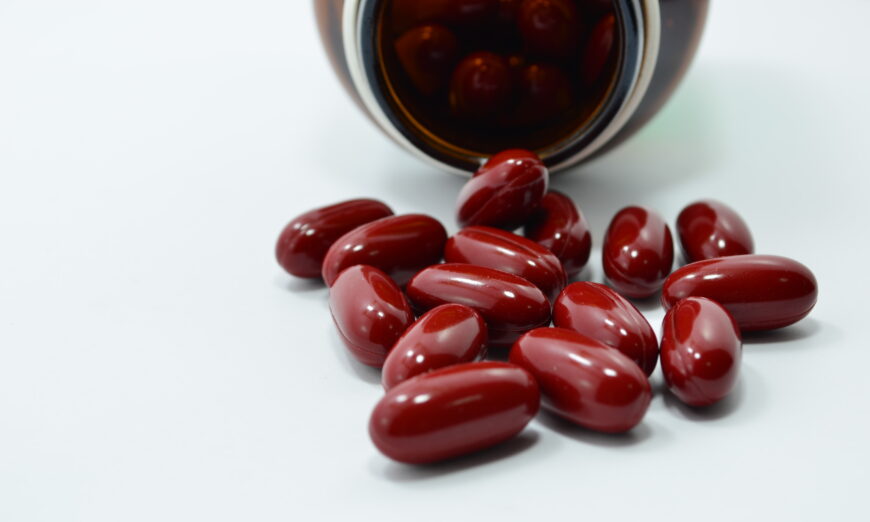 Coenzyme Q10 (CoQ10) is the third-most consumed supplement, yet many people don’t realize how clinically effective it really is.

Ubiquinol — the reduced, electron-rich form of CoQ10 that your body produces naturally — plays an important role in the electron transport chain of your mitochondria, where it facilitates the conversion of energy substrates and oxygen into the biological energy (adenosine triphosphate or ATP) needed by your cells for life, repair and regeneration.

It’s a fat-soluble antioxidant, meaning it works in the fat portions of your body, such as your cell membranes, where it mops up potentially harmful byproducts of metabolism known as reactive oxygen species (ROS). As such, ubiquinol and CoQ10 supplements help protect your mitochondrial membranes from oxidative damage, and this in turn has been shown to be helpful for a number of health conditions and chronic diseases.

Why CoQ10 Is so Important

Many conditions, including heart disease and migraines — for which CoQ10 has been found beneficial — appear to be rooted in mitochondrial dysfunction. CoQ10 is used by every cell in your body, but especially your heart cells.

About 90% or more of the ROS in your body are made by your mitochondria. Using the analogy of the mitochondria as an engine, the combustion (metabolism) that takes place in there creates exhaust fumes — damaging byproducts when produced in excessive amounts.

One of the functions of CoQ10, or ubiquinol, is to neutralize those byproducts. When ubiquinol is lacking, the byproducts remain and begin to damage the cell. Ubiquinol is particularly beneficial for your heart health. C-reactive protein (CRP) is a marker for inflammation, and when your CRP is elevated, it suggests you have a heightened risk for heart disease.7

Two other markers for inflammation are gamma-glutamyl transferase (GGT), which is an early marker of heart failure, and N-terminal pro b-type natriuretic peptide (NT-proBNP).

There’s an association between the levels of these two markers and ubiquinol as well. When ubiquinol is supplemented, both these markers go down and genes associated with them are downregulated.

Low CoQ10 levels have also been detected in people with certain types of cancer, including lung, breast and pancreatic cancer, as well as melanoma metastasis, further strengthening the metabolic theory of cancer. The word “coenzyme” also provides a clue to its importance; it works synergistically with other enzymes to digest food, for example.

It also has the ability to increase your body’s absorption of important nutrients. More specifically, it helps recycle vitamins C and E,11,12 thereby maximizing their beneficial effects.

AFib is an abnormal, often rapid, heart rhythm that occurs when the atria, your heart’s upper chambers, beat out of sync with the ventricles, the heart’s lower chambers. It’s a common symptom in those with heart failure or heart disease but can also occur on its own.

Oxidative stress and increased ROS can play a role in the development of AFib. Conversely, scavenging of ROS and a reduction in oxidative stress have been shown to be an essential part of keeping the heart functioning normally.

CoQ10 Can Stop the Progression of NAFLD

NAFLD is the most common cause of chronic liver disease around the world, with a prevalence of 25%. Obesity and insulin resistance increase your risk of NAFLD. Mitochondrial dysfunction and oxidative stress, two hallmarks of CoQ10 deficiency, have also been shown to play a role, as has choline deficiency.

Currently, there are no approved medical treatments for NAFLD. Lifestyle changes, such as elimination of processed vegetable oils and processed carbs, remain the gold standard for managing NAFLD and, hopefully, preventing its progression. Since CoQ10 levels tend to be depleted in those with NAFLD, supplementation has been shown to help reduce oxidative stress and inflammation.

In one study, 44 patients were divided into two groups. One group was given 100 mg of CoQ10 each day, while the other was given a placebo. After four weeks of supplementation, the group taking CoQ10 dropped weight and had lower levels of serum AST, a blood marker that indicates liver disease and/or damage.

CoQ10 May Be the Answer for Several Other Conditions

In addition to helping with AFib and NAFLD, CoQ10 may be the answer to correcting several other chronic health conditions, including the following:

As mentioned, ubiquinol is the reduced version of CoQ10 (aka ubiquinone). They’re actually the same molecule, but when CoQ10 is reduced it takes on two electrons, which turns it into ubiquinol. In your body, this conversion occurs thousands of times every second inside your mitochondria.

The flipping back and forth between these two molecular forms is part of the process that transforms food into energy. Ubiquinol production ramps up from early childhood until your mid- to late 20s. By the time you hit 30, it begins to decline. Young people are able to use CoQ10 supplements quite well, but older people do better with ubiquinol, as it’s more readily absorbed.

How to Supplement With Ubiquinol

Your body can naturally make CoQ10, but genetic alterations in metabolism, poor diet, oxidative stress, chronic conditions and aging can all interfere with CoQ10 production and lead to CoQ10 deficiency. Statin drugs can also deplete CoQ10.

To maintain good health, an adult body should contain 0.5 to 1.5 g of CoQ10 and sometimes it takes a supplement to keep you there. Dosing requirements will vary depending on your individual situation and needs.

As a general rule, the sicker you are, the more you need. The suggested dose is usually between 30 mg to 100 mg per day if you’re healthy, or 60 to 1,200 mg daily if you’re sick or have underlying health conditions.

If you have an active lifestyle, exercise a lot or are under a lot of stress, you may want to increase your dose to 200 to 300 mg per day. Importantly, if you’re on a statin drug, you need at least 100 mg to 200 mg of ubiquinol or CoQ10 per day, or more. Ideally, you’ll want to work with your physician to determine your ideal dose.