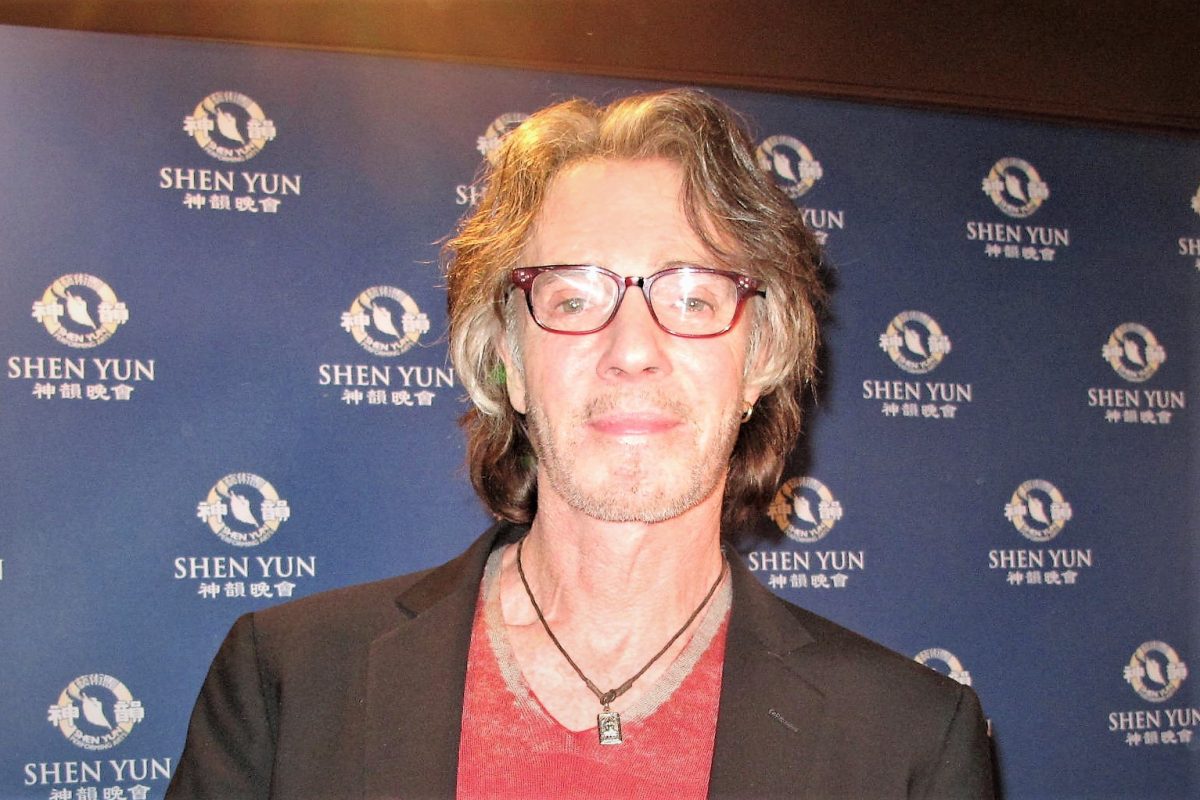 Rick Springfield, a Grammy award-winning musician, enjoyed the Shen Yun performance at The Fred Kavli Theatre in Thousand Oaks, California, on April 10, 2018. Mr. Springfield has starred in television shows such as "The Young and the Restless" and "General Hospital" and released numerous albums, including the hit song, "Jessie's Girl." (Yaning Liu/The Epoch Times)
Feature

Mr. Springfield has multi-faceted talents. Nominated four times for a Grammy Award, in 1982 he won one for Best Male Rock Vocal Male Performance.

Traditionally, the cultures of both the East and West integrated spirituality into all of the arts. Following the traditions of ancient China, Shen Yun Performing Arts weaves spirituality into every aspect of its performance.

“Anytime there’s spirituality, it benefits the world because it’s saying there is a God, that we are all one, and that’s a universal message. … It’s the most important thing that humanity can grasp,” Mr. Springfield said. “[The performance] pulls you in, especially the spiritual [vignette] pulled me right in.”

“Shen Yun Performing Arts is the world’s premier classical Chinese dance and music company,” the company’s website states. “Shen Yun was established in 2006 in New York by a group of elite Chinese artists. They came together with a shared vision and passion to revive the lost world of traditional Chinese culture and share it with everyone.”

“All of the synchronized dancing is amazing to me. The humor, and actually the whole [spiritual aspect], I thought it was very moving. … I thought it would be just the dancing, but they brought a lot of heart,” he said.

As a musician, Mr. Springfield has a special understanding and appreciation of the Shen Yun Orchestra. The orchestra provides audiences with original musical scores produced by the blending of the traditional spirit of Chinese instruments with the grandeur of a Western Symphony.

“[The orchestra] is great. It’s amazing. [There’re] a lot of new instruments to me, but it’s wonderful. There’s a Western sound to it to a degree, but the instruments, the instrumentation is very Asian to my ears. The music is very dreamy and very powerful. … There’s so much emotion in it,” he said.

“It was amazing. I would absolutely recommend it.”