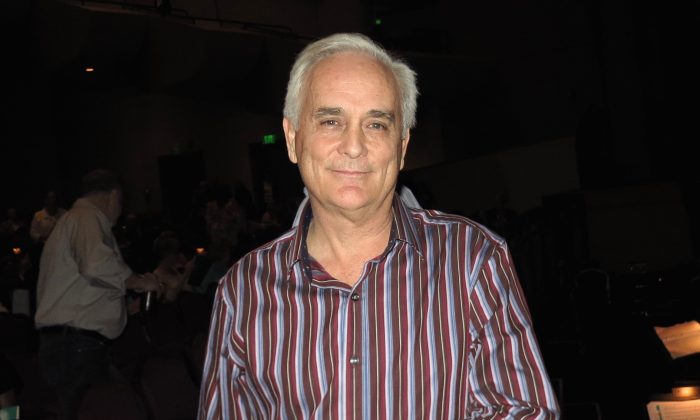 FORT MYERS, Fla.—Shen Yun is great to see, said Corey Cabral, a custom home builder with offices in Palm Beach and Naples, Fla. “It teaches us all some great traditions of honor, integrity, truth, trust, and grace,” he said of the March 30 performance at the Barbara B. Mann Performing Arts Hall.

Mr. Cabral described himself as a world traveler who appreciates other cultures and seeks to learn about them. He said that he and his wife are planning a trip to Asia and are studying the region extensively in preparation.

He enjoyed learning about the different dynasties and regions of China, especially through the story-based dances. “That’s a great part of the show, so far,” he said at intermission.

Through classical Chinese dance, Shen Yun presents mini-dramas drawn from stories and legends that span China’s history from antiquity to the present day.

“In less than 10 minutes each, Shen Yun dances recount ancient myths, bygone heroes, or celestial paradises. … Every dance embodies traditional Chinese values. Ideals of loyalty, filial piety, and veneration for the divine are cherished and celebrated,” according to the company’s website.

Speaking of the traditional Chinese culture, Mr. Cabral said, “It has a great history, and it has a great example of spirituality that it brings to all of us—the commitment to grace, and to truth and to compassion and to honesty and to integrity, which I think everybody today needs to embrace.”

Despite “the way the world is heading today, even in China itself, with communism, and the repression of people, yet [China] has a great, long history of some of the best examples of expression,” he said.

Shen Yun seeks to revive the traditional Chinese culture, which has been nearly lost under decades of communism.

In a Shen Yun performance, “principles such as benevolence and justice, propriety and wisdom, respect for the heavens, and divine retribution, all come to life, washing over the audience.” “Originating from Confucianism, Buddhism, and Taoism, these ideals are the essence of traditional Chinese culture,” the Shen Yun website states.

Shen Yun Performing Arts World Company will give two performances in Fort Myers on March 31 and then move on to engagements in St. Petersburg and Miami. Its final Florida performance for the 2015 season will be in West Palm Beach, April 21 and 22.