‘The World Needs to See This,’ Says Congressman After Attending Shen Yun 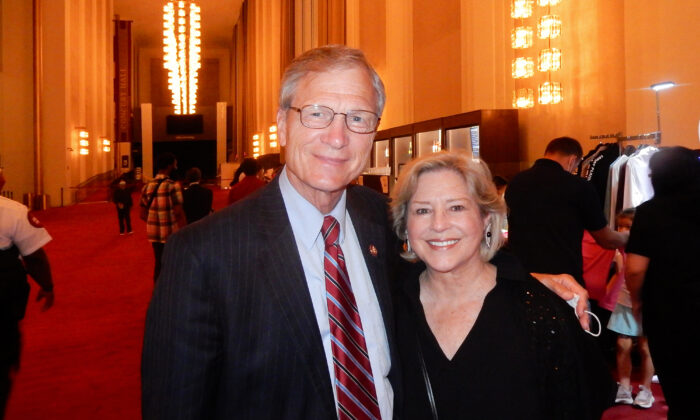 “Wonderful, it is absolutely wonderful,” said Dr. Babin (D.D.S.).  “The talent of the dancers, the background, the graphics … fantastic.”

Shen Yun was formed in 2006 by a group of leading Chinese artists in New York, where they enjoy artistic freedom. The mission of the artists was to revive China’s divinely inspired culture, which had been all but destroyed under the rule of the communist regime. According to the company’s website, Shen Yun presents “China before communism.”

“It’s wonderful, … the tales, the history—the 5,000 years of history in China. And then … we started seeing some of the terrible things that are happening in China under the Communist Party; I think the American people need to see this, the world needs to see this,” Dr. Babin said.

He added that Shen Yun‘s mission to revive China’s culture is “very worthwhile.”

“This type of spirituality going on in China itself, we would love to see that happening. Unfortunately, the Communist Party doesn’t allow it, and there’s persecution of it. It’s just terrible.”

Ms. Babin said she enjoyed the “beauty and the culture” in Shen Yun, saying that the “grace and the beauty of the Chinese history” stood out for her.

Dr. Babin said all aspects of Shen Yun were memorable for him.

Timothy Sharpe, chief of operations and logistics at the Joint Staff, also attended the Shen Yun performance with his wife Brigitte, an emergency medicine doctor, at the Kennedy Center Opera House on July 15.

“We really enjoy the aspect of learning about the traditional Chinese culture,” Mr. Sharpe said.

“The spirit and the culture of the Chinese people, it’s very moving and inspirational. You don’t usually see that in your day-to-day life.”

Since Shen Yun’s inception in 2006, the company has grown from one to seven equally large companies that tour the world simultaneously. However, Shen Yun is not allowed to perform in China, where the Chinese Communist Party is in power.

Mr. Sharpe said given the restriction imposed by the communist regime, it’s important to “get the story out.”