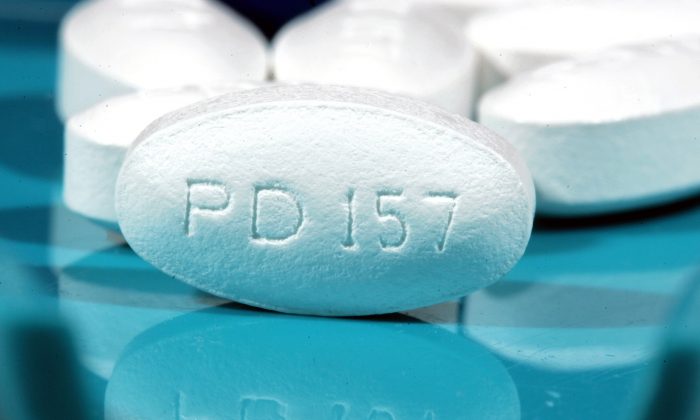 The Ugly Side of Statins: Systemic Appraisal of the Contemporary Unknown Unknowns

Statin cholesterol-lowering drugs are among the most widely prescribed drugs on the market, bringing in $20 billion a year. They are a top profit-maker for the pharmaceutical industry, in part due to relentless and highly successful direct-to-consumer advertising campaigns.

One in four Americans over the age of 45 now takes statins, typically for the primary prevention of heart attacks and strokes. Traditionally, primary prevention usually involves healthy lifestyle choices that support heart health, things like eating right and exercising, yet here we have millions of Americans taking pills instead.

Has anyone unbiased stopped to find out if these drugs are really the best method for heart attack prevention? After all, as researchers noted in the Open Journal of Endocrine and Metabolic Diseases (OJEMD):

“…naive indiscriminate acceptance of novel mainstream therapies is not always advisable and prudence is required in unearthing harmful, covert side effects.”

This is precisely the task that researchers from Ireland took on by completing an objective review of Pubmed, EM-BASE and Cochrane review databases. Their results speak volumes…

“It is beginning to dawn on some clinicians that contemporary treatments are not only failing to impact on our most prevalent diseases, but they may be causing more damage than good. A perfect example of such an issue is the statin saga.”

The Evidence Is In: Lifestyle Trumps Statins for Primary Heart Attack Prevention

For a drug therapy that appears to offer little by way of primary prevention, the risks were alarming. For every 10,000 people taking a statin, there were:

The landmark review revealed “a categorical lack of clinical evidence to support the use of statin therapy in primary prevention.” They also found that statins actually increase cardiovascular risk in women, the young and people with diabetes. The review also showed that statin therapy increased:

“There is increased risk of diabetes mellitus, cataract formation, and erectile dysfunction in young statin users, all of which are alarming. Furthermore there is a significant increase in the risk of cancer and neurodegenerative disorders in the elderly plus an enhanced risk of a myriad of infectious diseases. All side effects are dose dependent and persist during treatment.

Primary prevention clinical results provoke the possibility of not only the lack of primary cardiovascular protection by statin therapy, but highlight the very real possibility of augmented cardiovascular risk in women, patients with diabetes mellitus and the young. Statins are associated with triple the risk of coronary artery and aortic calcification.

These findings on statins’ major adverse effects had been under-reported and the way in which they [were] withheld from the public, and even concealed, is a scientific farce.

… Cardiovascular primary prevention and regeneration programmes, through life style changes and abstaining from tobacco use have enhanced clinical efficacy and quality of life over any pharmaceutical or other conventional intervention.”

If You Take Statins, Your Vision Could Be at Risk

The featured review found an increased risk of cataracts with statin use, and this was supported by a new JAMA study,  which further revealed that the risk of cataracts is increased among statin users, compared with non-users. As a main cause of low vision among the elderly, cataract is a clouding of your eye lens.

It has previously been hypothesized that statin antioxidant effects may slow the aging process of the lens, but the current study revealed that they, instead, raise cataract risk, again calling into question the usefulness of statins for primary prevention of heart attacks. The researchers concluded:

“The risk-benefit ratio of statin use, specifically for primary prevention, should be carefully weighed, and further studies are warranted.”

Still more research revealed that rats taking the statin Pravachol (pravastatin) had impaired learning, with lower abilities to perform simple learning and memory tasks. This isn’t exactly news, as in 2012, the US Food and Drug Administration (FDA) announced it would be requiring additional warning labels for statins, one of which warned that statins may increase the risk of memory loss and confusion. The warnings, particularly the one for memory loss, came as the result of anecdotal reports compiled over the previous year…

It is believed that statin drugs damage your brain by creating a cholesterol deficiency.

Interestingly, the animal study found no association between another statin drug, Lipitor, and impaired memory in the rats. But Dr. Duane Graveline, a medical doctor and former astronaut, has written an entire book on this very topic, titled Lipitor: Thief of Memory.

In my interview with him, Dr. Graveline shared his powerful story about how Lipitor caused him severe global transient amnesia, which is what brought him out of retirement to investigate statins. There have been thousands of cases of transient global amnesia and other types of cognitive damage associated with statin use, reported to the FDA’s MedWatch site. It is believed that statin drugs damage your brain by creating a cholesterol deficiency.

Insufficient cholesterol results in your brain not having the raw materials it needs to make biochemicals critical for memory and cognitive function, including coenzyme Q10 and dolichols, the latter of which carry the genetic instructions from your DNA to help create specific proteins in your body that are crucial for cognitive function, emotions and mood.

High Cholesterol Levels May Be Protective

“Cholesterol is crucial for energy, immunity, fat metabolism, leptin, thyroid hormone activity, liver related synthesis, stress intolerance, adrenal function, sex hormone syntheses and brain function. When prescribing HMGCoA reductase inhibitors [statins] one needs to be cognizant of the fact that the body had increased its’ cholesterol as a compensatory mechanism and investigate accordingly.

We seem to have fallen into the marketing trap and ignored the niggling side effects with regard to the HMGCoA reductase inhibitors. The only statin benefit that has actually been demonstrated is in middle-aged men with coronary heart disease. However, statins were not shown to best form of primary prevention.

… In actual fact, high cholesterol levels have been found to be protective in elderly and heart failure patients and hypo-cholestereamic [low cholesterol] patients had higher incidence of intra-cerebral bleeds, depression and cancer. … We are observing the revealing of the utmost medical tragedy of all time. It is unprecedented that the healthcare industry has inadvertently induced life-threatening nutrient deficiency in millions of otherwise healthy people. What is even more disparaging is that not only has there been a failure to report on these negative side-effects of statins, there has actually been active discouragement to publish any negative studies on statins.”

This is, in large part, why so many people are completely unaware that statin drugs have been directly linked to over 300 side effects, which include:

I’ve long stated that the odds are very high — greater than 100 to 1 — that if you’re taking a statin, you may not even need it, as cholesterol is NOT the cause of heart disease. To further reinforce the importance of cholesterol, I want to remind you of the work of Dr. Stephanie Seneff, who works with the Weston A. Price Foundation.

In fact, she goes so far as to hypothesize that heart disease is likely the result of cholesterol deficiency — which of course is the complete opposite of the conventional view. So if your physician is urging you to check your total cholesterol, know that this test will tell you virtually nothing about your risk of heart disease, unless it is 330 or higher. HDL percentage is a far more potent indicator for heart disease risk. Here are the two ratios you should pay attention to:

Try This Instead for Primary Heart Attack Prevention

Make no mistake about it, statin drugs are some of the most side effect-ridden medications on the market, and they frequently do more harm than good. Of utmost importance, statins deplete your body of CoQ10, which accounts for many of its devastating results. Therefore, if you take a statin, you MUST take supplemental CoQ10, or better, the reduced form called ubiquinol. If you are interested in optimizing your cholesterol levels (which doesn’t necessarily mean lowering them) and lowering your risk of heart disease and heart attacks, there are natural strategies available for doing so.