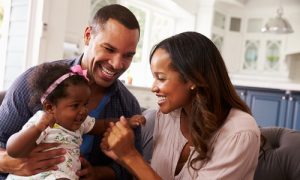 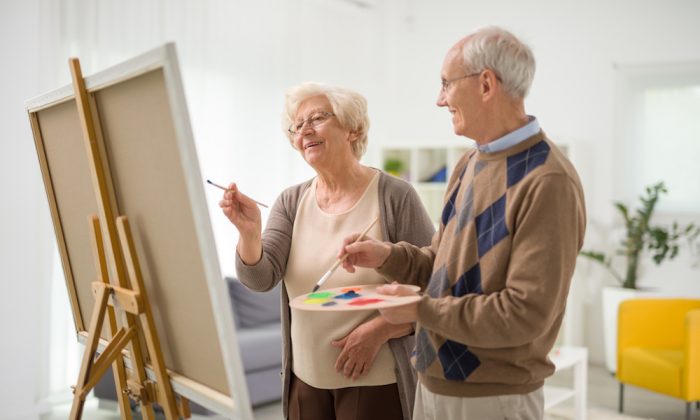 The 2 Levels of Happiness

To find true happiness, first we have to know what it is
By Conan Milner

Happiness seems like a simple idea until you consider that this single word covers concepts as diverse as quiet contentment and ecstatic joy.

How we define happiness will decide how we seek it, and not all happiness is created equal. In fact, some forms of happiness aren’t even good for us. Some paths to happiness lead us to deep satisfaction, but others leave us with a fleeting feeling that is followed by a hunger for more.

For our ancestors, guidance for a happy life came from stories and sages that taught the right way to live. Now, modern science has also made a serious study of happiness, and it begins with an understanding of how we determine our sense of well-being.

One very common way that psychologists believe we assess our reality is through something called the peak-end rule.

Instead, we just focus on the highlights: the best parts, the worst parts, and the last parts. The moments that made the strongest impression during our experience tell us whether it was good or bad, and how good or bad it was.

Nobel laureate Dr. Daniel Kahneman, a researcher and psychology professor at Princeton University, helped coin the peak-end rule in 1999 through studies demonstrating evidence for it.

But that’s just part of the story.

In a later observational study that Kahneman and his team conducted, a group of 800 women was asked about their happiness with daily activities as well as a specific aspect of happiness: their satisfaction with life.

Time spent with their children was reported among the least enjoyable activities. But a contradiction emerged. When Kahneman analyzed the data he found that, despite the frustration associated with raising kids, mothers reported a higher level of life satisfaction than women without children.

Why didn’t the peak-end rule hold up? According to Dr. Talya Miron-Shatz, a psychologist who worked alongside Kahneman, there are limits to this rule. One is that the end only has an effect on experiences that have a distinct end. The other is that the rule only applies to a single level of happiness.

“Satisfaction with life is a higher concept than happiness that is experienced on a day-to-day level,” Miron-Shatz said. “When it comes to evaluating life satisfaction, you think of the big picture: your career, home, marriage, family, etc. It’s more of a check-the-boxes activity.”

Hedonic happiness (derived from the Greek word “hedone,” meaning “pleasure”) refers to the feelings we get from creature comforts. It’s the thrill that comes with buying new shoes or eating a decadent dessert. Hedonic is whatever feels good in the moment.

Eudaimonic happiness, on the other hand, fulfills our need for meaning and purpose. Aristotle was the first to describe the virtuous pursuits of Eudaimonia—a word that translates to being in line with good divine beings. Later philosophers promoted this idea as the ultimate goal of life.

There are several paths to Eudaimonia, and there’s also nothing wrong with enjoying some hedonic moments (provided they’re not immoral or excessive). Both levels can give us joy, but a key point is that we can never replace one level with another.

“If I look to hot chocolate for happiness, it’s not going to give me the gratification I need on a eudaimonic level,” Miron-Shatz said.

But that doesn’t stop us from trying. In fact, we live in a world in which we’re constantly encouraged toward such futility. Advertising woos us to buy, not just a product, but a sense of transcendence and self-empowerment that no trinket could possibly deliver.

In terms of the amount and intensity of hedonic experiences at our disposal, life has never been better. We have easy access to a variety of pleasures that were unattainable to even the greatest kings of the past. So why aren’t we the happiest culture in history? Modern malaise, anxiety, and depression aren’t just linked to a lack of eudaimonia. It’s also because we have worn out the hedonic.

Psychologists call it the hedonic treadmill. It describes the pleasure you initially get from a thing or activity that wanes with time. Eventually, we adapt, so that once-reliable happy trigger no longer gives us a thrill. As if on a treadmill, you’re running after a feeling you’ll never reach. Heroin addicts refer to this dynamic as chasing the dragon. But whether it’s drugs, sweet treats, or some other compulsive thing we rely on for our sense of well-being, the principle is the same.

And it doesn’t just apply to vices. Say you get a better paying job, a bigger house, or a fancier car. These upgrades make you happy for a while, but then, it becomes the new normal. You no longer get a gratifying feeling from them because our perception is geared toward grasping changes. Remember—we recall the peak moments—so the positives that once punctuated our lives eventually become the things we take for granted.

Yet there are peaks we can seek that have shown to be reliably sustainable in the pleasure we get from them. In a study of her own design, Miron-Shatz asked a cohort of women from Ohio to report the remarkably high points of their day. When her team analyzed all the peaks people had in common, religious activity, prayer, and hobbies came out on top.

“I think it’s because these things transcend you. They take you beyond the everyday,” she said. “Another thing they have in common is that they’re voluntary.”

Having a sense of freedom ranks high in happiness research. Perhaps that’s why something so confining—commuting—ranks so low. In one of Kahneman’s studies, the daily back-and-forth to work was an activity that people reported hating most.

Another thing that researchers have found when figuring out the happiness equation is that bad experiences have an even greater bearing on how we assess our experience than the good. A 2001 article in the Review of General Psychology, titled “Bad is Stronger than Good,” by psychology professors from Case Western Reserve University, explores this pattern.

“This is not to say that bad will always triumph over good, spelling doom and misery for the human race. Rather, good may prevail over bad by the superior force of numbers: Many good events can overcome the psychological effects of a single bad one. When equal measures of good and bad are present, however, the psychological effects of bad ones outweigh those of the good ones,” they wrote.

Some psychologists explain this phenomenon as a survival mechanism. It’s nice to feel good, but our feelings are more influenced by the bad moments, so that we pay attention, and avoid this pain in the future.

This phenomenon could also be linked to a disposition toward negative thinking rather than positive. That disposition may be stronger in times of high anxiety, depression, and conflict.

Whatever the reason, there are things we can do to tip the happiness equation in our favor.

A big one is gratitude. Miron-Shatz, who now heads Buddy&Soul, an online platform for personal development, says learning to count your blessings can really help with seeing a brighter day. So even when you’re hit with something bad, seeing all the good in your life can soothe the sting.

But don’t just turn to gratitude when times are tough. With practice, we can learn to perpetually empower our perception.

“With a gratitude journal, we condition ourselves to look for things that we’re grateful for, rather than looking for things we’re going to complain about,” she said.

Another way that research has shown we can lessen the burdens that lead to unhappiness is financial security.

This may at first seem to contradict the old saying that money can’t buy happiness. But consider that this trope is really about the unfulfilling nature of hedonic purchases. The real power of wealth is that it can help you avoid the stress and hard times that can grind down your mood.

It’s nice to buy yourself a little something when you’re feeling low. But if you have less money, you need to limit luxuries and impulse buys in favor of more practical pursuits. Being able to pay your bills without going deeper into debt will leave you happier in the long run, or at least less unhappy.

A third powerful tool for making a happier life is learning how to better interpret events as they unfold. For example, if you feel your day is ruined simply because a restaurant got your order wrong, examine how you came to this conclusion. It’s likely that the mixup was an honest mistake and not the personal attack that you may at first perceive.

It can also help to put negative events into a wider context. For example, something that seems terrible now, like a challenging project at work, may become a source of pride in the future. Or an embarrassing incident may seem trivial if we consider how we will think of it in a year’s time.

This tool isn’t about changing reality, merely reframing it, and considering your problem from another angle.

“Ask yourself, ‘Could I be looking at it any differently?’ It’s going to help if you do,” Miron-Shatz said. “You don’t have to sugarcoat it, but how you perceive the events around you—and if you can brush it off—can make a big difference.”

Finally and above all, don’t neglect eudaimonia. Our pursuit for meaning, belonging, and doing the right thing may not provide the quick fix and cheap thrills of our hedonic pursuits, but it’s the higher-level fulfillment that really makes our spirit soar.