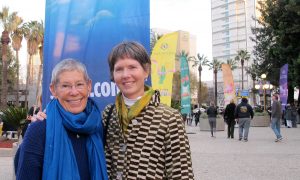 The Rigors of Classical Chinese Dance

Shen Yun Performing Arts started its 2018 world tour, so you may have seen this poster in your local city or town.

Shen Yun’s mission is to revive China’s 5,000-year history through the arts, and teach people about classical Chinese dance, a dance form not well known in the West.

Classical Chinese dance was passed down for millennia through the imperial courts, as part of folk culture, and even through martial arts.

In the 1900s, it became systematized, and today its rigorous training regime shares many characteristics with ballet.

“We train for 6 months and almost every day, like 7 hours a day to rehearse together, to make it perfect like you see in the show,” said Alex Chun, a Shen Yun Principal Dancer.

Each dancer has to be strong and flexible. But Shen Yun dancers don’t build up special muscles like they do in ballet. The muscles used in Classical Chinese dance are the same ones used in everyday activities like walking, running, or playing basketball, but are further strengthened through training.

Another difference with ballet is that classical Chinese dance includes a lot of flips and tumbles, which many believed are borrowed from acrobatics. Actually, the reverse is true. Acrobatics and gymnastics borrowed moves from classical Chinese dance when China first opened up in the 1970s. And there’s another thing that sets classic Chinese dance apart. It’s something called “yun,” like in “Shen Yun.” The word is roughly translated to “bearing,” or the inner quality of the dancer.

“Yun, first of all, means the feeling behind every movement. Like what does it mean like, you can do one movement like that, but then also you can put the feeling into it, you know, it’s not the same,” said Chun.

“It’s not only the surface that’s important but also the culture and the history behind is very important as well,” said Angelia Wang, a Shen Yun Principal Dancer.

Shen Yun retells Chinese legends through dance and shows China’s cultural diversity with its ethnic dances. To do that, dancers have to become intimately acquainted with the characters and cultures they are portraying.

“We go read books. We watch movies and all the people have been portraying in movies, we try to portray it on stage. And, then it’s different because you can’t talk, you can only do it through movements. But that’s also the challenging and the fun part,” said Chun.

Shen Yun is a nonprofit based in New York. It started in 2006 to revive China’s traditional culture, which has been under attack since 1949, when the Chinese Communist Party came to power.

It has five touring companies each with a full orchestra. By the end of the season, they will have performed 500 times, spanning 150 cities, 20 countries, and 5 continents.

“It’s remarkable how fantastic, and how together they are and how much effort they put into it to make it look so effortless,” said Samantha Huebner, a ballet dancer.

“The rhythm is all at the same time, there’s not one cue that’s like off mark, which is amazing,” said Amy Tremblay, an actress.

“They really feel everything. It goes through their eyes, their smile. I’ve understood every story, but without words,” said Valerie Descheneaux, a television actress.

“The coordination together of such a large group, to have been synchronization, was just wonderful to see,” said John Skuja, a former professional dancer.

“Fabulous. I would like to know how they warm up,” said Margo Dean,  founder of the Margo Dean School of Ballet.

“It inspires me to go back to the studio and perfect my tricks and practice with my partner to synchronize our movements together to the music as well so we can perform as well together,” said Lordski.