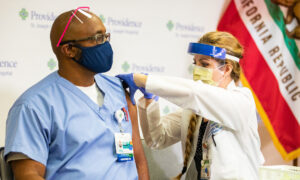 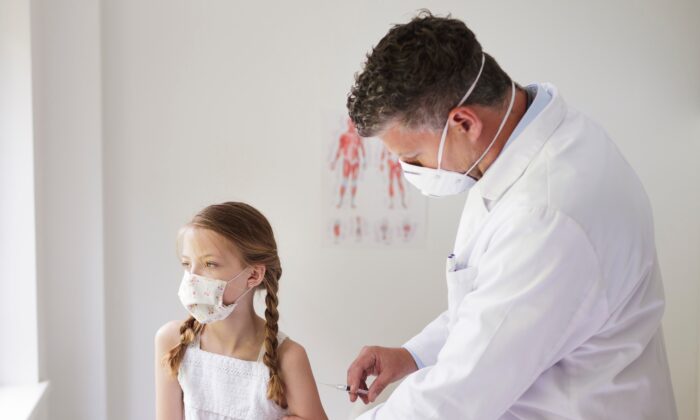 The lack of studies designed to examine the long-term effects of the vaccine schedule worries many parents.(epixproductions/Shutterstock)
Mind & Body

The Push to Explore Vaccine Risk

Your health is a deeply personal affair. Your habits, health care access, and family history all play a significant role.

However, one place where health care is generally uniform is vaccines. For now, we have a choice as to whether to take the new COVID-19 vaccine. Meanwhile, all states have a list of vaccinations for several diseases that are mandatory once children enter public school. Although most states allow parents to waive this requirement for religious or medical reasons, opting out is strongly discouraged.

To some health experts, vaccination is the most important advance in public health—right up there with indoor plumbing, and modern surgical techniques. Vaccinations are promoted as a type of preventative measure designed to protect the population from a variety of devastating illnesses.

Yet, despite the benefits that vaccines promise, this common procedure has become controversial.

The core issue is safety. Informational inserts that accompany vaccines warn of a long list of possible health risks, including death. However, health officials say such scenarios are rare and insignificant compared to the massive public benefits provided by vaccination programs.

In a 2010 interview with PBS’s “Frontline,” Dr. Anthony Fauci, director of the National Institute of Allergy and Infectious Diseases who has become a familiar expert in regard to the COVID-19 pandemic, stated that the risk of vaccines is “almost non-measurable.”

“[Vaccines are] highly effective and very safe, when you look at risk-benefit ratio of a disease versus the very, very, very small risk of any adverse event that you would have with a vaccine,” Fauci said. “However, the motivation to get vaccinated is crystal clear and sharp when you look around you and you see people getting serious disease.”

However, determining the numbers necessary for a true risk-benefit analysis isn’t so clear. According to a study funded by the U.S. Department of Health and Human Services, fewer than 1 percent of vaccine injuries are reported. The Vaccine Adverse Event Reporting System (VAERS) is tasked with tracking problems with vaccines in the United States. In 2012, the Institute of Medicine (IOM) found VAERS to be unreliable.

IOM has also found that the research looking at vaccinations and adverse events doesn’t show adequate evidence to either accept or reject a causal relationship. The problem, says an IOM report, is that “studies designed to examine the long-term effects of the cumulative number of vaccines or other aspects of the immunization schedule have not been conducted.”

These are exactly the studies required to evaluate the true safety of the current vaccine schedule.

It’s this missing science that makes parents worry about what impact a growing number of vaccines has on their children and their developing immune systems. Compared to just a generation or two ago, when children received immunizations for six or seven diseases, children today receive nearly 70 shots to guard against 18 diseases.

Regulators try to quell concerns by assuring the public that vaccines are rigorously tested. But the peculiar regulatory regime for these products invites suspicion. Unlike most other manufacturers, those that produce vaccines are protected from liability if their product is found to cause harm. In other words, they can’t be sued for not testing their products enough to find common side effects. This protection is granted through the National Childhood Vaccine Injury Act (NCVIA) of 1986, which instructs parents who seek compensation to try their case in a special vaccine court.

The number of vaccines each child receives has expanded considerably since the NCVIA was passed. But only a small percentage of cases brought to this special court has seen a payout. Since manufacturers aren’t liable, NCVIA rules make the feds foot the bill. By one analysis, the U.S. government has paid out more than $4 billion in injury compensation for vaccines over the past 34 years the NCVIA has been in place.

As the schedule of mandatory vaccinations has grown, concerned parents, doctors, and advocacy groups have called for research that directly compares vaccinated to unvaccinated children. In 2013, the IOM joined the chorus when it issued a report instructing the Centers for Disease Control (CDC) to perform this comparative study using patient information it already has from the Vaccine Safety Datalink.

But for the past seven years, CDC has yet to consider this data. A Freedom of Information Act request filed in June 2020 revealed that CDC had no such comparative study in its possession, nor had it conducted one. That means the CDC doesn’t have the most basic form of research to confirm the long-term safety and efficacy of the only medical treatment that is all but forced upon children.

A recent peer-reviewed study published in the journal SAGE Open Medicine examines details that vaccine authorities like the CDC have so far ignored. Researchers looked at data of health outcomes of both vaccinated and unvaccinated children from three large pediatric practices in the United States. The subjects were born between November 2005 and June 2015, and were compared during the first year of life for later incidence of developmental delays, asthma, ear infections, and gastrointestinal disorders.

The study concluded that unvaccinated children were healthier than their vaccinated peers. The strongest relationships observed for vaccination status were for asthma (4.5 times more likely), developmental delays (twice as likely), and ear infections (twice as likely). No association was found for gastrointestinal disorders in the primary analysis, but a significant relationship was detected as vaccine doses accumulated.

“The results definitely indicate better health outcomes in children who did not receive vaccines within their first year of life,” said the study’s lead author, Dr. Brian Hooker, in a press release. “Such findings merit additional large-scale study of vaccinated and unvaccinated children in order to provide optimal health as well as protection against infectious diseases.”

This isn’t the first comparative study of its kind. Robert F. Kennedy of Children’s Health Defense says this recent research makes for more than 65 vaccinated/unvaccinated studies on his site.

The studies point to an alarming trend, but, by design, they merely show correlation, not causation. Furthermore, researchers from the most recent study note limitations with their data. For example, although their sample size was significant, the population it pulled from may not accurately reflect the general population.

“Also, due to different coding practices among the three caseloads studied, we were unable to differentiate between the types of vaccinations given. This limited the analysis to counting the number of vaccinations received by one year of age,” researchers wrote, adding that “further study is necessary to understand the full spectrum of health effects associated with childhood vaccination.”

Vaccine campaigns of the past (particularly polio) are noted for their strong public support. But even the most dedicated vaccine advocates admit that public confidence is falling. Immunization experts at the World Health Organization’s summit on vaccines in December 2019 highlighted the lack of “good science” and the inability of vaccine clinical trials to provide meaningful information about safety and risk.

However, there remain some investigations that regulators have long been unwilling to explore. In a 2008 interview with CBS News, Dr. Bernadine Healy, former head of National Institutes of Health, explained that regulators have been too quick to dismiss concerns without actually studying the population.

“The reason they don’t want to look at those susceptibility groups is that if they found them, no matter how big or small they were, that would scare the public away,” Healy said.

Healy, who died in 2011, remained a strong proponent of vaccines. She believed the public would too, especially if safer methods could be identified.