The Power of Shen Yun 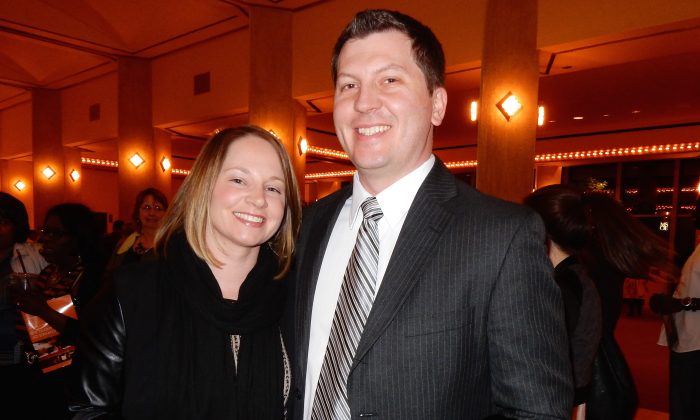 MILWAUKEE—The Power of Compassion is one of the most talked about dances in Shen Yun Performing Arts’s 2015 season. And not for the reason you might suspect.

Of the 20 or so pieces in the program, The Power of Compassion has some of the least striking costumes of the evening because it is set in modern times. And its dance does not rely on the magical effects that several of the other dances about ancient legends or classics from Chinese literature do.

The dance tells a simple story of supreme kindness. This is the drama-based dance that most affected Kristin Roosevelt, who attended Milwaukee’s Marcus Center for the Performing Arts on April 14.

Shen Yun, based in New York, aims to restore the values of ancient China to people today—and compassion is one of those values. Even in the face of repression.

The Power of Compassion shows a group of Falun Gong practitioners doing tranquil exercises in the park. Suddenly police come to disrupt the group and start beating them. In the scuffle, one of the policemen is injured, but because people who do Falun Gong live by the principles of truthfulness, compassion, and forbearance, some of them come to his aid.

Falun Gong is currently persecuted by the Chinese communist regime, and the dance depicts actual events.

“The dance about compassion definitely moves me because I have a son who has a disability,” said Mrs. Roosevelt, an academic adviser for the University of Milwaukee–Wisc.

She felt that seeing people who are going beyond the usual idea of kindness, and helping those who “may not be nice to you, but then helping them out … It was very touching,” she said, mirroring the feeling of many audience members.

Attending with Mrs. Roosevelt was her husband, Jason, a business analyst for Red Arrow Software.

“Obviously the dancing is fantastic, the stories are very interesting,” he said. “It was neat to see the backdrop interact with the dancers, especially the magic paint brush,” he said, describing a dance in which a paintbrush allows a virtuous artist to bring his paintings to life.

“I think it’s amazing, the amount of skill, and the athleticism. I’m very amazed, it’s wonderful,” Mrs. Roosevelt said, about classical Chinese dance, the medium used to tell the stories.

“The costumes are pretty amazing, and the colors are great,” Mr. Roosevelt said.

Also commenting on the costuming, Mrs. Roosevelt thought they were beautiful: “Vibrant colors, so intricate. I was mentioning to my husband, how amazing I thought they look and how quickly [they] must change into them.”

In fact, on a blog by one of the four company’s emcees, it mentions that one dancer changes “costumes 98 times, often without even seconds to spare before running back on stage, during seven performances in four days in California.”

In addition to the dances, Shen Yun presents award winning vocalists. The lyrics to their songs, projected behind them, also stress the values inherent in ancient Chinese culture, and the link between Heaven and Earth.

Mrs. Roosevelt found it interesting to follow the translations of the songs. “I thought that was interesting to learn more about the culture, maybe that I wasn’t aware of before. I can appreciate it and the way they translated into the art form,” she said.

Mr. Roosevelt mentioned that his eldest son would have appreciated the New York-based company’s performance: “I think he would enjoy it, and I also think it’s neat to see the cultural aspect. [It] has always been kind of interesting, always been interested in Chinese culture, so seeing that aspect of it, I would definitely recommend it.”

“I would highly recommend it, yes, I already told a bunch of people before I came,” Mrs. Roosevelt said.