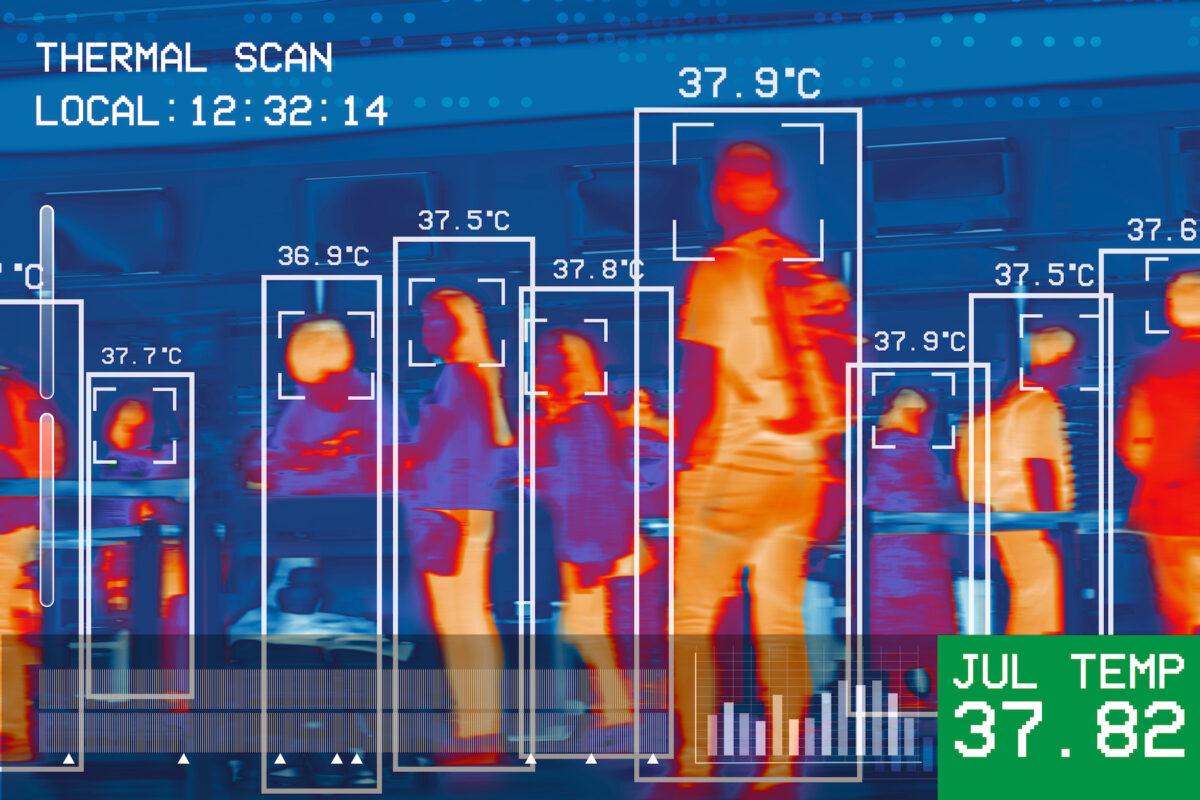 During the COVID-19 pandemic, virtually no one was spared from the Great Vaccine Scare – hysteria about any and all vaccine criticism. Investigative journalist Paul Thacker details how most anyone who dares to critique vaccines is quickly silenced.

The topic of vaccines has always been controversial, but it reached a fever pitch during the COVID-19 pandemic, when it became sacrilegious to speak out against them, or even question their safety and efficacy.

In 2021, investigative journalist Paul Thacker became a target of what he calls “the Great Vaccine Scare — hysteria about any and all vaccine criticism,”1 after he wrote an article published in The BMJ, titled, “COVID-19: Researcher Blows the Whistle on Data Integrity Issues in Pfizer’s Vaccine Trial.”2

The article, it should be noted, was thorough, accurate and “based on dozens of internal company documents, photos, audio recordings and emails.”3

It was so well done that it earned Thacker a nomination as a finalist for the Steve Connor Award for Investigative Science Journalism, presented by the Association of British Science Writers (ABSW). An ABSW judge described the article as, “A very good story on a sensitive issue that was reported responsibly, it very clearly spells out why the story mattered.”4

Regional director Brook Jackson, formerly employed by Ventavia, said she witnessed falsified data, unblinded patients, inadequately trained vaccinators and lack of proper follow-up on adverse events that were reported. After notifying Ventavia about her concerns repeatedly, she made a complaint to the U.S. Food and Drug Administration — and was fired the same day.5 Other former Ventavia employees spoke of similar issues. According to Thacker’s report:6

“One said that she had worked on over four dozen clinical trials in her career, including many large trials, but had never experienced such a “helter skelter” work environment as with Ventavia on Pfizer’s trial … She added that during her time at Ventavia the company expected a federal audit but that this never came.

After Jackson left the company problems persisted at Ventavia, this employee said. In several cases Ventavia lacked enough employees to swab all trial participants who reported covid-like symptoms, to test for infection.

Laboratory confirmed symptomatic covid-19 was the trial’s primary endpoint, the employee noted. (An FDA review memorandum released in August this year states that across the full trial swabs were not taken from 477 people with suspected cases of symptomatic covid-19.) ‘I don’t think it was good clean data,’ the employee said of the data Ventavia generated for the Pfizer trial. ‘It’s a crazy mess.’”

Lead Stories took further issue with The BMJ investigation because it was shared by people such as Dr. Robert Malone and Robert F. Kennedy, who themselves have been targeted by fake fact checkers. Taibbi added:8

“The real issue with Thacker’s piece is that it went viral and was retweeted by the wrong people. As Lead Stories noted with marked disapproval, some of those sharers included the likes of Dr. Robert Malone and Robert F. Kennedy. To them, this clearly showed that the article was bad somehow, but the problem was, there was nothing to say the story was untrue.”

Thacker also called the “fact check” against his BMJ investigation “insane,” telling Taibbi, “Here’s what they do. They’re not fact checking facts. What they’re doing is checking narratives. They can’t say that your facts are wrong, so it’s like, ‘Aha, there’s no context.’ Or, ‘It’s misleading.’ But that’s not a fact check. You just don’t like the story.”9 Meanwhile, writing in The Disinformation Chronicle, Thacker explained:10

“After The BMJ published my investigation, we ran into a political buzzsaw from Facebook, which labeled the article “misinformation” even though they could find no factual errors. Facebook’s awkward political response spurred editors at The BMJ to send Mark Zuckerberg an open letter11 complaining about his “inaccurate, incompetent and irresponsible” fact check.”

Anyone who dares to question or criticize vaccinations is at risk of being harassed in today’s climate. Dr. Aseem Malhotra, a consultant cardiologist and chairman of public health collaboration in the U.K., is among those targeted for sharing science relating to COVID-19 shot side effects. Malhotra has earned some notoriety for speaking about the underlying factors that make certain people more vulnerable to COVID-19 — namely lifestyle-related diseases driven by poor diet.12

This aspect of prevention via a long-term healthy lifestyle, which could save lives in future pandemics, is another tenet that’s ignored by the dominant narrative. However, in June 2022, Malhotra was invited to speak at a “side event during a meeting of the British Medical Association.”13

“Just so we’re all clear — because people seem to freak out,” Thacker wrote, “Malhotra was NOT giving a talk FOR the British Medical Association (BMA). It was a talk for some international physicians, who happened to have their meeting during a BMA event.”14 The talk was based on the importance of evidence-based medicine and included information about historical corruption in the pharmaceutical industry.

The talk was not about vaccine side effects, per se, but Malhotra did mention a preprint article that found Pfizer and Moderna mRNA COVID-19 shots are associated with an increased risk of serious adverse events of special interest.15 The excess risk of these adverse events exceeded the risk reduction for COVID-19 hospitalization compared to the placebo group.

Malhotra received praise for his talk, and the next day was presented with a Champion of Preventive Medicine award by the chair of the BMA, who had also attended Malhotra’s talk. Soon after, the harassment started. According to Thacker:16

“Just so that we’re all clear — because people seem to freak out — Malhotra was NOT given a British Medical Association award. The person who gave it to him, just happens to also be Chair of the BMA.

Malhotra later tweeted a photo of himself receiving the award … and that’s when panic set in and hysteria began — good night, and good luck — like something out of a movie. Running around with their hair on fire, several prominent physicians began texting Malhotra to take down his tweet, which he then did.”

BMA then issued a statement about the kerfuffle, to ensure all were aware that Malhotra’s award was not a BMA award, and his views were not endorsed by the BMA.17

“If you’re reading this and scratching your head wondering how a tweet could rip a hole in the vaccine universe, thank yourself for not falling under the spell of vaccine magic where minor denunciations must be warded off with counter enchantments and press release potions,” Thacker wrote. “‘There’s a lot of money and many careers behind these vaccines,’ Malhotra told me.”18

Former New York Times reporter Alex Berenson was also a victim of vaccine hysteria: His Twitter account was suspended when he posted this scientifically accurate information:19

“It doesn’t stop infection. Or transmission. Don’t think of it as a vaccine. Think of it — at best — as a therapeutic with a limited window of efficacy and terrible side effect profile that must be dosed IN ADVANCE OF ILLNESS. And we want to mandate it? Insanity.”

Berenson filed a lawsuit against Twitter for labeling the tweet as misleading and canceling his account. The case has since been resolved, with Twitter acknowledging that the tweets should not have led to a suspension. When his account was reinstated, Berenson tweeted the exact same message, which this time escaped Twitter’s “misinformation” flag.

Dr. Meryl Nass was similarly censored by Twitter after she tweeted the findings of a preprint study by Israeli scientists, which looked into the immunogenicity and efficacy of a fourth COVID-19 mRNA shot.20 It showed that while antibody titers were high, efficacy was low — “strong evidence,” she tweeted, “that titers are useless at predicting efficacy.” In a show of the hypocrisy of vaccine hysterics, Thacker explained:21

“Nass told me she does not understand how she desecrated vaccine magic. ‘I guess you have to ask Twitter that,’ she emailed me. However, her sacrilege seems to involve repeating the study’s conclusions that antibody titers do not correlate with vaccine protection.

Politics Put Ahead of Science in Booster Rollout

In another disturbing example of the narrative taking priority over science, Dr. Marion Gruber, director of the FDA’s Office of Vaccines Research & Review (OVRR) and OVRR deputy director Dr. Philip Krause both left their positions near the end of 2021, citing frustration that the CDC is involved in decisions that should be left up to the FDA, and that the White House announced booster shots were coming before the FDA had finished its reviews of the booster shots.23,24

Both Gruber and Krause were authors of an article published in The Lancet, which stated, “the currently available evidence does not show the need for widespread use of booster vaccination in populations that have received an effective primary vaccination regimen.”25

Harvard professor Martin Kulldorff, a member of the FDA’s Drug Safety and Risk Management Advisory Committee, was also punished by the CDC — which removed him from its advisory committee on vaccines — when he stated a COVID-19 clinical trial should not have been paused. Twitter then censored him when he tweeted that people with prior natural COVID-19 infection and children do not need COVID-19 shots.26

Steve Kirsch, executive director of the Vaccine Safety Research Foundation, has also been vilified for speaking out against vaccines, and he has proof, in the form of a timeline of changes made to his Wikipedia page, which went from describing him as a “good guy,” including his 2003 humanitarian award, to painting him as a “menace to society.” “Because I’m a threat, it’s important to discredit me,” he wrote.27,28

When an exposé by The New York Times revealed in February 2022 that the CDC hasn’t published most of the data it’s been collecting during the pandemic,29 the CDC stated it was due to fear that the information might be misinterpreted.30

“Let’s be clear,” Kirsch wrote. “The only way the vaccine data could be interpreted as ineffective by us ‘misinformation spreaders’ is if the data shows the vaccines don’t work … The truth is the data didn’t support their narrative so they hid it. Do you think they would hide the data if it showed the vaccines worked? Of course not! … CDC admits it withheld data from the public because they didn’t want to create vaccine hesitancy.”31

In these unprecedented times, it’s clear that government agencies and the media are intent on sharing only the official narrative — not the truth about COVID-19 shots.

“Of course, none of the science writers working at mainstream outlets — New York Times Science Desk, Nature Magazine, Scientific American, Science Magazine and UnDark Magazine — have done an Edward R. Murrow and spoken out in alarm and dismay about this state of fear and paranoia,” Thacker noted. “Oh no! Most science writers are too busy doing their scicomm — helping and supporting the government to promote their position on vaccine policies.”32