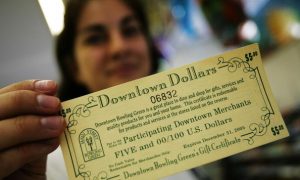 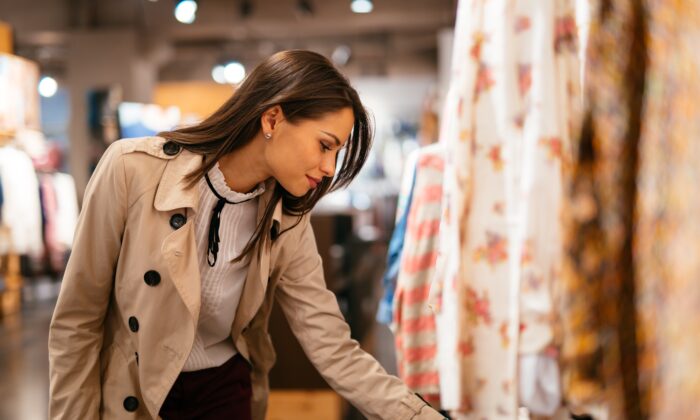 Many of us combat stress with retail therapy: buying things we don’t need with money we don’t have in order to lift our spirits. (NDAB Creativity/Shutterstock)
Mind & Body

The Emotional Side of Money

How stress, fear, and denial can hurt our health and our bottom line
By Conan Milner

Money is basically a unit of measurement, but it covers a lot of ground.

Strictly speaking, money measures the market value of goods, services, and investments. But for some, it can also function as a measure of our self-worth. It can reveal fears about not having enough, resentment for having less than you feel you deserve, or guilt for not being able to provide the standard of living you want.

It’s hard to translate these emotional reactions to money into dollars and cents. But left unresolved, these thoughts and feelings may have an even bigger impact on the stability of our personal finances than how much we earn.

CPA and personal finance coach Ben Watson has seen clients from a wide range of ages and incomes. He also works for a personal finance blog geared toward the particular money issues millennials face.

Watson previously worked at an accounting firm, but he left that job because he noticed his clients needed more than what traditional financial services could provide.

“People keep sinking deeper and deeper into debt, but they can’t figure out why they can’t stop spending,” Watson said. “It’s the emotions, the stress, and the lack of sleep that really drives people to ask for help. Not because they can’t get another credit card.”

While some of Watson’s clients lack basic financial literacy, several come from a background in finance. But this knowledge still doesn’t save them from compulsive overspending.

“It doesn’t matter if you make 30 grand a year or 500 grand a year,” Watson said. “If you’re spending more than you earn, it’s never going to get better. It’s only going to spiral further and further out of control.”

According to Watson, the vast majority of the financial problems people struggle with stem not from numbers, but from emotions. It can be hard to make ends meet, but it becomes even harder when so much of your income goes toward things like stress relief or maintaining an image.

“I have clients who live in very nice apartments, but in everything else, they’re living way below what they think they deserve,” Watson said. “They can’t afford to go out to eat or take a vacation. They can’t go to a friend’s wedding without putting it on a card.”

Like most of our stubborn, ingrained behaviors, people often develop dysfunctional ideas about money in their childhood. For some, it comes from growing up poor and feeling deprived. For others who got anything they wanted as a child, they may end up with an inflated sense of self-worth, or develop a notion that material objects are a stand-in for love. Whatever the financial backstory, many of these individuals turn into adults who spend way beyond their means in an attempt to feel better about themselves.

“Especially for fathers or men who are in relationships, it’s almost as if they view finances as a scorecard,” Watson said. “They think that if you can’t give the things to your wife and kids that you want to, it feels like they’re losing the game.”

Part of our relationship with money is formed by watching how our parents handled their finances. Another part is shaped by the conflicting cultural messages we confront. The love of money is said to be the root of all evil, and yet we celebrate and yearn for wealth. We’re advised to save, and yet we’re constantly urged to spend.

Add all these aspects together, and it’s clear why finances can be such a huge stress. According to the American Psychological Association’s annual Stress in America surveys, money is a longstanding source of stress. Pandemic aside, in 2020, 64 percent of Americans said they money was a significant source of stress in their life.

Ironically, many of us combat this stress with retail therapy: buying things we don’t need with money we don’t have in order to lift our spirits.

Financial adviser Amy Keller says most of us seek an occasional treat. The problem comes when we don’t realize how close those intervals are. Doing something nice for yourself every once in a while can be part of good self-care, but splurging several times a month as a way to cope with life really adds up.

Keller says that if there is a sale or deal attached to the treat, we feel even more justified in taking it, despite looming financial burdens just over the horizon.

“A young woman was just telling me that she and her husband want to have a baby soon, and they want to buy a house,” Keller said. “Her friend offered her a great trip opportunity to Italy. She said, ‘It’s just so cheap. How can I say no?’ I said, ‘Because you just told me two things that are more important than the trip to Italy. I don’t care what a deal it is.”’

It’s fun to imagine how nice life would be if money was no object. But in reality, it’s a hassle to get, and you always require a steady supply of it coming in.

“Somebody else has to give it to you, which can make it a little unsettling because you have to hope that it comes through,” Keller said. “You’re at the mercy of this, and if it doesn’t come through, it’s a big deal.”

People have been forced to face these concerns since the currency was invented. But Keller says that today we must face two relatively new forces that constantly beckon us to give up the money we work so hard to make.

The first is easy credit. Today, you can casually blow through thousands of borrowed dollars. But if you can’t pay it off right away, the immediate consequences don’t seem so bad.

“This wasn’t true in our grandparents’ generation,” Keller said. “Today, when people have credit card debt, there is no repo man who comes to the door with a rifle. It’s a far-away punishment. It’s not fun, but you have a lot of time to pay it off.”

The other force that urges us to buy like never before is the consumerist paradise we inhabit. At no point in human history has there been so many spending opportunities in such close reach.

Online shopping takes these forces to the next level. Our favorite stores send texts and emails alerting us to their latest sales and reminding us that we need to treat ourselves. Once we click our way to the site, the purchase is virtually painless. Combine that with data tracking and collusion between tech giants and retailers, and the algorithms sending you those prompts are even more able to trigger an impulse buy.

Compare this to the not-so-distant past, where what you bought was strictly limited to how much cash you carried. If something cost more than what you had on hand, you were forced to get more, or simply decide it wasn’t worth the trouble and go without.

A lot of those barriers have nearly evaporated today, and for people who have little money or financial experience, it can spell big trouble. Watson says that students who take out loans to pay for college essentially sign up for a mortgage, but they have no idea what they’re getting into until it’s too late.

“It used to be when you were going to buy a house, it would take a few months to get the closing. You would go through all this paperwork to make sure you could afford it,” Watson said. “With college loans, a lot of people didn’t really know what it was going to cost until after they graduated.”

There is no shortage of student debt horror stories, but Watson believes some have a bright side. He says the experience can give many millennials a financial wake-up call to get their act together.

“Some stick their head in the sand further and get in more trouble, but a lot of them are starting to wake up and realize: I was never taught this. I need to figure out how to do this,” Watson said.

When money worries weigh us down, we dream of striking it rich. But a bigger bank account is no guarantee that our money problems will vanish.

Why do a third of lottery winners end up declaring bankruptcy within just a few years of their windfall? Perhaps it’s because, in addition to all the mandatory bills we have to pay, we’re also trying to buy off a void inside us.

This is why it can be so hard to help someone cut back on their spending. Even if they’re flat broke, they’re more likely to be insulted than inspired if you tell them they need better financial management skills.

According to Watson, the first step in putting your finances in order is to take an honest, sober look at what you’re working with: What do you make? What do you owe? What sacrifices do you need to make to pay off your debt or reach some other financial goal? Unresolved emotions interfere with this process.

“When you’re confused, angry, and scared, you’re not really thinking rationally. Get to a point where you can refocus. Sit down and really see your financial situation,” he said.

To combat the impulse to buy the treats and trinkets that can set us back, Keller urges that we learn to make money more tangible. Give more thought than a click or a card swipe to the purchases you make. Insist on only using cash if you have to. Do whatever it takes to make the consequences of spending more clear.

“When people have trouble with money, I tell them to go the old fashioned route of putting cash in envelopes: One for groceries, another for utilities, another for mortgage or rent, another for fun,” Keller said. “When you see the cash dwindling you’ll think, ‘Oh my gosh, I only have 25 dollars to last until Friday. How will I make this happen?’”

To avoid the emotional impulses that creep into our spending decisions, it is important to look inside and become self aware.

Finally, learn to set goals that bring real prosperity. Once you can see a solid financial future over the horizon, you won’t be so tempted by the frivolous purchases that sabotage it. You’ll also be more likely to keep track of where your money is going.

Instead of chasing fantasies about becoming rich overnight, aim for making the most of what you have right now. See the value of the money you make, and save what you can for the future.

“What happens with life after debt? Once the student loans are paid up, what are you going to do with that extra 300 bucks a month?” Watson asks. “You’re building that goal and desire. It’s not that you want to be a millionaire. It’s that you want to get better at this, and feel confident in yourself about your finances.”