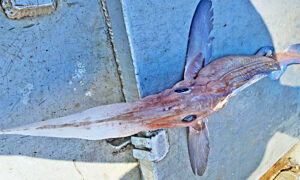 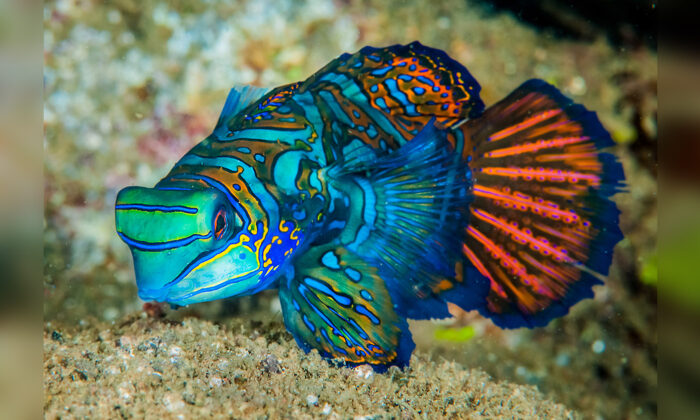 The Colorful ‘Mandarinfish’ May Be Beautiful, but Here’s Why You Should Never Touch It

The dazzling, multicolored mandarinfish is surely a candidate for most beautiful fish in the sea, but looks can be deceiving. This stunning salt-water beauty harbors a foul poison, making it alluring but dangerous.

The fish’s uniquely foul stench has made it famous among marine enthusiasts and is often duly noted by scientists. The stink is not incidental, nor are its spines, for the mandarinfish needs protection, as it lacks one of the most basic defenses a fish normally has: scales.

The colorful, blue and orange-striped outer skin of the mandarinfish (Synchiropus splendidus) contains two distinct secretions, according to Australian Geographic. One is a thick mucus that protects the scaleless fish from the rough elements; the other contains a nasty-smelling toxin.

The fish’s 3-inch-long body is also covered in tiny spines which can inject a poisonous mucus into anything that tries to catch or eat it—including humans. This can be dangerous if injected into an open wound. As such, mandarinfish isn’t a hot item on seafood restaurant menu.

A member of the dragonet family, mandarinfish inhabit lagoons and inshore reefs of the Pacific Ocean, between Japan’s Ryukyu Islands and Australia, and are one of two confirmed species that can produce their own blue pigment proteins, or cyanophores. The other is its cousin, the psychedelic mandarin (Synchiropus picturatus).

Other blue-colored fauna employ layers of colorless crystals that reflect blue light, but do not produce it.

The mandarinfish also stages an elaborate mating dance in the wild. A male entertains several females before one is successfully wooed, then the pair swim off together and perform a courtship dance of their own.

Without having any scales, any predator could cause great injury with little effort, so being as unappetizing as possible is it’s best hope for survival.

Despite its very useful, yet very unappealing stench, the mandarinfish is a favorite among aquarium enthusiasts, but may be a tricky tenant owing to its very specific dietary requirements.

Living in such limited confines, these fish need to be gently weaned off live food, or copepods, explains The Spruce Pets. Instead, they can be fed nutritious frozen Mysis shrimp, before eventually being weaned onto pelletized foods.

Fortunately for the mandarinfish, it will likely remain a beauty best beheld from afar, forever safe from ending up on the dinner plate.