‘The Best Thing I’ve Ever Been to in My Whole Life,’ Composer Says About Shen Yun 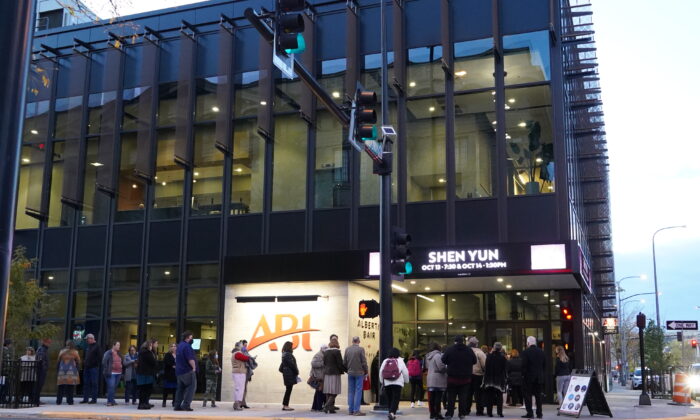 BILLINGS, Mont.—David Lewis is a minister as well as a composer. He came to Billings from Livingston, Montana, to see Shen Yun Performing Arts after having it recommended to him by multiple people.

“I love the performers, they’re phenomenal. This is the best thing I’ve ever been to in my whole life,” he said.

New York-based Shen Yun is a collaboration of artists from around the world with a common mission of reviving China’s 5,000 years of civilization. The composers, choreographers, and production crew create an all-new performance presenting “China before communism” every season.

“I’m so happy. I want to tell everybody about it. I’m going to tell everyone I know they have to see this, whether it’s in Montana or another state,” Lewis said.

“The music is divine. I love the music. I love Chinese music,” Lewis said. “I believe in reincarnation. I’ve been in China. That brings back ancient memories to my soul that inspire me.”

He felt a difference listening to the music of Shen Yun.

“This is full of light, full of spirit, full of the richness of heaven. This music is inspiring. I love the Chinese instruments and the collaboration with the Western instruments. It is fantastic,” he said.

‘The Dancing is Perfect’

Shen Yun’s choreographers are trained in both Classical Chinese Dance, a profound dance form dating back thousands of years, as well as Chinese folk dance styles. Classical Chinese dance differs from ballet in its versatility and the wide range of emotions that can be portrayed on stage.

“I’ve seen ballets. These people, the synchronicity of the dancing is perfect, absolutely perfect. Whoever orchestrated the dancing is a genius,” Lewis said.

“And the visuals, I’ve never seen anything like that, where they come down and then they pop out,” he added of Shen Yun’s patented animated digital backdrop that assists its dancers take their storytelling to even greater heights. “That is absolutely stunning. That is genius.”

Lewis said of Shen Yun, “I hope that this changes our culture in the United States away from darkness and evil.”