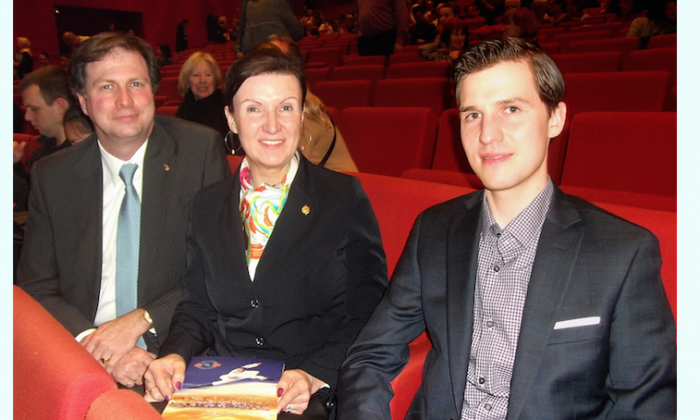 “Every time we saw Shen Yun we were amazed. Therefore, we will never miss this performance,” said HIRH Habsburg-Lothringen, who is also Princess of Tuscany. She has seen it three times. She and her husband were honored with The Hague Award in 2014 “for their outstanding work in furthering the Peace Process,” according to an announcement of the award. She and her husband, the Archduke, are Royal Protectors of The Sovereign Hosptialler Order of Saint John of Jerusalem, of the Knights of Malta.

In her eyes, the artists of Shen Yun “are not only one of the best, but the best dancers worldwide. Also, the choreography and the costumes can only be called one of a kind.”

Shen Yun reaches people from all cultural backgrounds, in her opinion. “Music and art are a universal language without any barrier, even if one does not understand Chinese.”

Classical Dancer: ‘I had goose bumps through the entire show’

Ms. Hanne Vergauven, a classically trained dancer and native of Belgium said, “I had goose bumps through the entire show.”

Ms. Vergauven came to Vienna on an exchange program and was delighted that she didn’t miss Shen Yun.

She said the performance almost left her speechless. She said, “I just don’t know what more to say, than that it was fantastic.”

He said, “I am so excited about having seen this show. It was so colorful and full of surprises and I’m glad that I didn’t miss Shen Yun.”

He said he thought western culture has become too technically oriented, and hopes that Shen Yun “has a positive influence on western culture and could help us return to our roots. The Asian philosophy that heaven, earth and humans are connected may be beneficial towards that end.”

“The artistic rendition was exceptional, and I was deeply touched. I can only think that to reach such a standard of performance the training must have been grueling.”

He said he will tell his family, friends and acquaintances that “they must see the show not only because of its superb artistic accomplishments, but also that they will get to know more about the East.”

Reporting by Qin Huang, NTD Television and Heide B. Malhotra