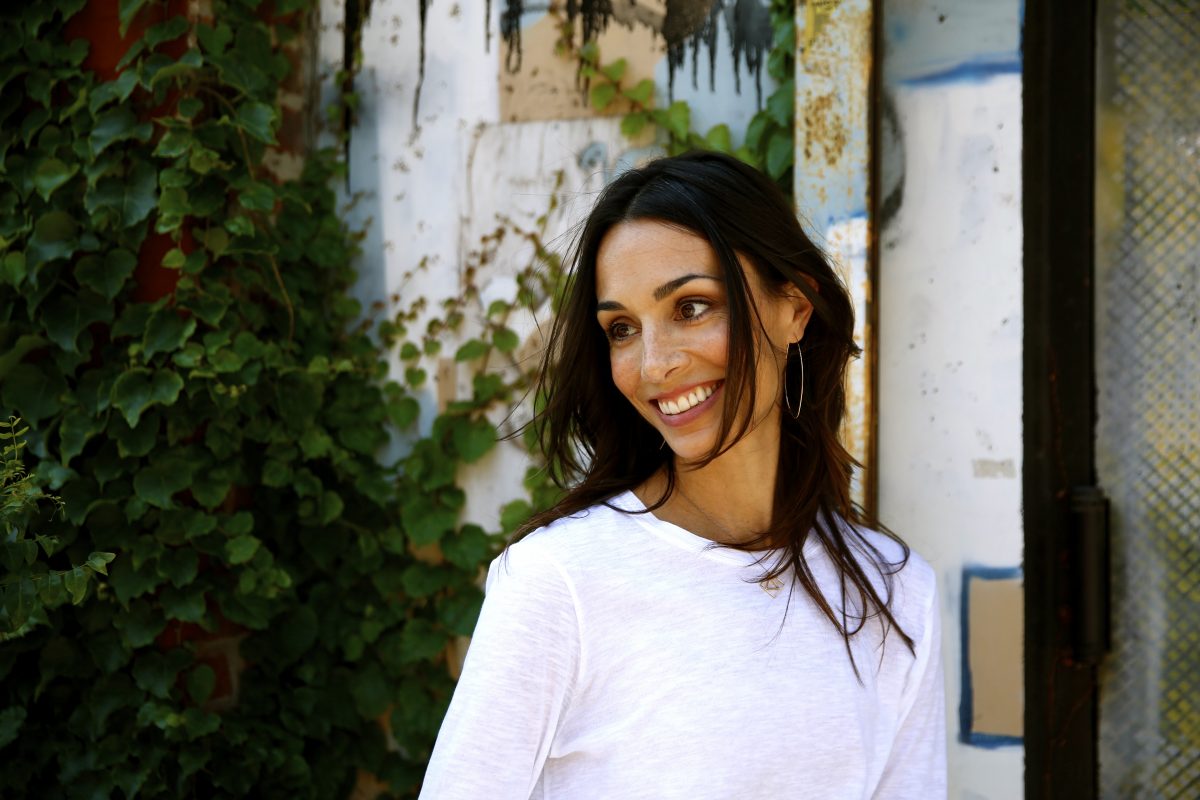 The ANYA Method: Fitness for Transformation

With the right mindset, difficulties become catalysts for epiphany and transformation.

Earlier this year, after a group came to take one of the signature classes at Studio ANYA, founder Courtney Bauer got an email saying they were disappointed because the class was not challenging enough.

This response blew her mind.

As a former competitive athlete, and aerobics, cardio-kickboxing, and boot camp teacher, she knew her classes were no cakewalk.

So, as when anything goes wrong in her business, she reflected on what she could learn in order to do better.

“I always … ask, what is this about me that I need to look at deeper? It’s not a narcissistic thing at all—it’s not fun. It’s just honest about where in me is that reflective of a block. And usually if I can shift that around in me … then things open,” Bauer said.

What she realized in this case was that the group was “missing the buzz” of a ton of reps and she had not made clear to them the level of focus and intent that makes ANYA work distinct and meaningful.

And while you can definitely get fitter in ANYA classes—which can have up to 60 different moves in 60 minutes—the primary aim is to give students new ways to feel the body, purify it, and tap into its innate magic.

When she was young, Bauer loved fitness, playing tennis, and running marathons, and she planned to be a psychologist.

But while studying for her master’s degree in psychology, she kept noticing a strong urge to reach out and place a hand on the client’s shoulder.

These sessions sparked in her a desire to find a form of contemplative work that works directly with the physical body.

Pilates was just coming onto the fitness scene at this time, and Bauer recalls rolling her eyes at the idea of it. “I was very hardcore,” she said. Despite this, something pushed her to start teacher training.

“I didn’t fall in love with it right away because it felt like it was a bunch of stretching, and I didn’t get the nuances, ironically.” Ironically, since feeling the nuances is at the core of ANYA work and can be a barrier for some new students.

Then came yoga teacher training and neuromuscular massage therapy school, followed by Thai bodywork studies that she stuck with even though she recalls being terrible at it for a long time. But oddly for her late-20s self, she didn’t care about immediate success and was willing just to trust the process.

And her trust bore fruit.

Bauer began to synthesize the ANYA method by putting elements from her trainings into use while working with clients in a big NYC gym. She began to refine the cues she gave them.

With around 40 private clients a week and teaching classes, her career was thriving, but she felt the gym environment was not the place for the depth of work she wanted to do.

“Taking people into these energetic states of relaxation with lighting that was bright and a kickboxing class going on next door wasn’t conducive to it,” she said.

So in 2010, she opened Studio ANYA in Chelsea, to have a brick-and-mortar place that could hold students throughout their inner journeys.

The ANYA method draws from yoga, Pilates, and Thai bodywork with a strong inward focus that has lead Bauer to describe it as meditation through fitness.

Micro movements, energy work, and sensing the bones and the feelings of push and pull in the body are some of ANYA’s core components.

“Micro movements are little, almost purposeful, fidget type movements that you do in any given stance—sitting, standing, or while you’re moving,” Bauer said.

Bauer started observing the natural fidgets people make—like yawns or shifting weight—seeing them as the subtle, small ways the body automatically works to rebalance itself. ANYA work cues certain fidgets in conscious ways—like raising and lowering the shoulders and sighing—to slowly teach the body to free up places of tension.

9 Reasons Why Yoga Is Good for Gym Junkies

Energy work often conjures up ideas of being “out there,” but Bauer said that in the ANYA context, you can think of it very physically, as electrical currents in the body. People get in touch with these currents by feeling the pressures, and the push and pull dichotomies in the body while doing the exercises.

When you come to an ANYA class, expect to start by working with your hands because they have a lot of nerve endings and send signals quite “robustly through the body.” Once you start to feel the subtleties of energy in them, you can start to transfer that awareness to other places in the body.

Most of the cues in the ANYA method refer to bones. This is partly because people usually don’t have ego around their bones—unlike muscles.

When people concentrate on their bones while doing the movements, they’re working with a level of their being they don’t normally think about, and it allows for more of an open mind, and thus more direct experience of the way their body works.

“If you can connect push-pull to bones, it doesn’t matter what muscles you use—you’re working from inside out,” Bauer explained.

Understanding the forces of push and pull in the body (also part of energy work), is one way to transform old habits. For example, when you’re slouching as you sit behind your laptop, if you can become conscious of how the sit bones are pushing down into the chair and how the top of the head is pulling up, you’ll automatically have better posture.

Consciously changing the way you sit, stand, and move becomes like an affirmation. Bauer said that it starts to change the way you think.

“From my perspective, [when] you change your thoughts and keep them busy with the body in a positive way, it just picks up momentum,” Bauer said.

Until we are conscious, however, the process habitually functions in reverse.

“Thoughts, as soon as they come about, there’s an immediate sensation somewhere in the body. But we’re not necessarily on it enough to recognize that connection,” Bauer said.

Over time, those sensations become holding patterns, stress points that can take a huge toll on the body. And even when we’ve had a realization that we need to forgive, or trust, or let go, the thoughts alone might not be powerful enough to fully change the body patterns.

“Because you’re now just putting in another top-down mandate. … In whatever holding place in your body that doesn’t quite buy that statement yet, there is [still] discord. It’s like you have minimized program on your computer,” Bauer explained.

Getting the change into both body and mind creates true transformation.

The process is not easy or glamorous, Bauer said. It can feel like a detox complete with symptoms.

For example, when a person opens a tight spot in the shoulder, they may feel physical pain, or maybe they don’t feel like themselves for a couple weeks, she said.

It’s very important to be aware that these physical or emotional changes are part of the healing process and not necessarily a regression, she emphasized.

But ultimately, body awareness and healing with the ANYA method is about feeling wonderful and enthused.

“If people learn ways to come into the body in ways that excite them and bring them joy, then it’s my opinion that this will have a massive impact for the benefit of humanity,” Bauer said.

“The body is magical,” and most of us have forgotten what that feels like.