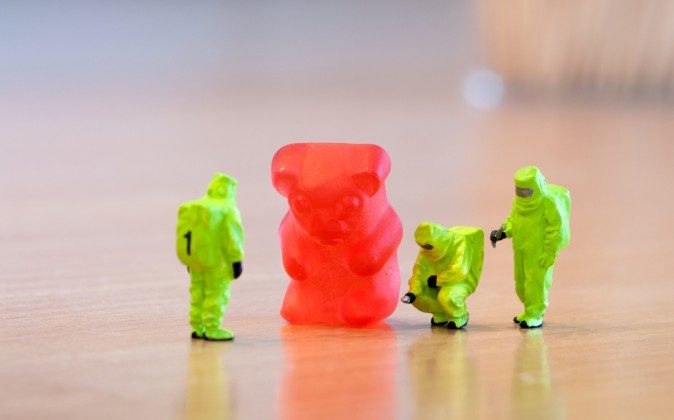 The Amazing Similarities Between Fructose and Alcohol

You may already be aware that fructose – the sugar found in everything from high fructose corn syrup and fruit juice to agave syrup and honey – is harmful when consumed in excess – which is exactly what many (if not most) Americans do.

However, you may be surprised to learn that fructose is, in many ways, very similar to alcohol in the damage that it can do to your body.

So while you may already be exercising caution by not overconsuming alcoholic beverages, it may be time to take a closer look at the equally potentially damaging effects associated with your intake of sodas, fruit juice and other fructose-sweetened foods and drinks as well.

Unlike glucose, which can be used by virtually every cell in your body, fructose can only be metabolized by your liver, because your liver is the only organ that has the transporter for it.

Since all fructose gets shuttled to your liver, and, if you eat a typical Western-style diet, you consume high amounts of it, fructose ends up taxing and damaging your liver in the same way alcohol and other toxins do. In fact, fructose is virtually identical to alcohol with regard to the metabolic havoc it wreaks.

According to Dr. Lustig, Professor of Pediatrics in the Division of Endocrinology at the University of California, fructose is a “chronic, dose-dependent liver toxin.” And just like alcohol, fructose is metabolized directly into fat – not cellular energy, like glucose.

He discussed this topic in the video above, but after the video was produced his paper on the topic was published in the Journal of the Academy of Nutrition and Dietetics, Dr. Lustig explains the three similarities between fructose and its fermentation byproduct, ethanol (alcohol):

“Thus, fructose induces alterations in both hepatic [liver] metabolism and central nervous system energy signaling, leading to a ‘vicious cycle’ of excessive consumption and disease consistent with metabolic syndrome. On a societal level, the treatment of fructose as a commodity exhibits market similarities to ethanol. Analogous to ethanol, societal efforts to reduce fructose consumption will likely be necessary to combat the obesity epidemic.”

After consuming an alcoholic beverage, 10 percent of the ethanol gets broken down by the stomach and intestine as a “first pass” effect, and another 10 percent is metabolized by your brain and other organs. The fact that ethanol is partially metabolized in your brain is the reason you experience that familiar “buzz.”

The remaining 80 percent hits your liver, where it must be broken down. This metabolic cascade can be summarized as follows:

In nearly every way, fructose is metabolized the same way as ethanol, creating the same cascade of damaging effects in your body. When you consume fructose, 100 percent of it goes directly to your liver to be metabolized. This is why it is a hepatotoxin when consumed excessively – it overloads your liver. Fructose metabolism creates the following adverse effects: