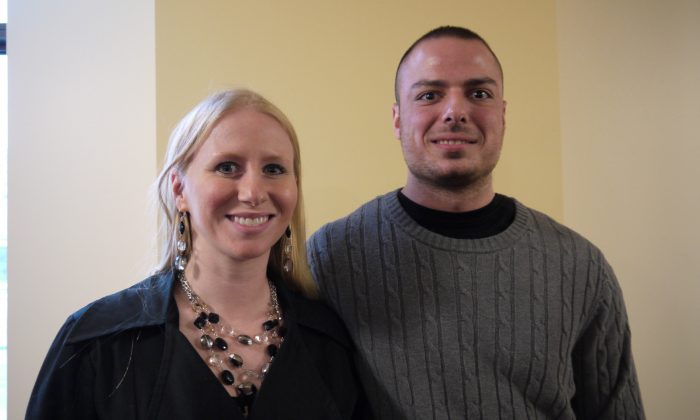 MILWAUKEE—China has such a long and rich history virtually unknown to many people, but Lacey Melco felt it is so important that more people know about the Chinese culture.

Knowing some of the history and being fluent in the language, she was even more excited seeing Shen Yun Performing Arts at the Milwaukee Theater on Feb. 21.

As the president of the Wisconsin Association of Chinese Language Teachers, she works “to try to keep Chinese visible and sustainable in the state of Wisconsin.”

“There is so much history in China, China has such a long history,” Ms. Melco said, switching seamlessly between English and Mandarin. “To know some of the history and then see it in the performance, it was amazing.”

Traditional Chinese culture was passed down continuously for 5,000 years, until only in recent decades when the communist power took hold. Under communist rule, the divinely inspired culture was suppressed and nearly destroyed. But in 2006, a group of artists came together in New York to revive the authentic traditional culture through the performing arts.

“It was perfect,” Ms. Melco said of the performance. The culture was present in all the details, from the gold of the dragon robes only an emperor could wear, to the Chinese instruments of the erhu and pipa in the otherwise Western orchestra, she noticed.

She enjoyed seeing the aerial and tumbling techniques of classical Chinese dance, which she noted was similar to martial arts but also different. As Shen Yun explains, the forms originated from the same source, but developed differently with different purposes, alongside each other, through the dynasties.

Shen Yun also touched on China today. Ms. Melco said it was interesting to learn about Falun Dafa, and that Shen Yun was bringing awareness to the world that the spiritual practice is still being persecuted in China today. Under the communist regime, the adherents of truthfulnes, compassion, and tolerance are persecuted, and one of the stories touched on that.

“It makes me want to go look it up and research it more,” she said.

“I just think this is so good for the people in Wisconsin to be exposed to the culture,” she said. “China has been such a mystery to people here.”