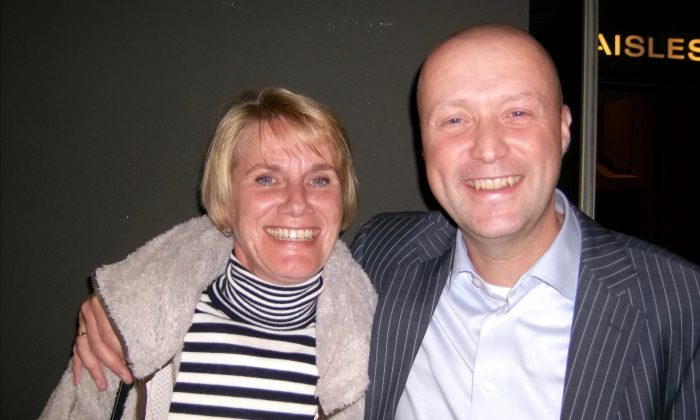 The dynamism of 5,000 years of history, flexibility required of classical Chinese dance, and connection to faith were all what added up to something he said was amazing.

Yet classical Chinese dance is also a comprehensive, independent dance system with its own unique movements and postures, a round way of moving that is culturally Chinese, according to Shen Yun’s website.

And most notably, it is a very expressive form because classical Chinese dance also emphasizes “yun.”

Yun is bearing, as the Shen Yun website explains. It is the breath, aura, intent, and inner spirit of the dancer, and what allows the performers to portray such a wide range of emotions and characters.

What Mr. Slavenburg felt from these Shen Yun dancers was to have faith in life.

“I liked this sort of expression that life is good, and that you can have faith,” Mr. Slavenburg said. He gave the example of the female dancers in a Tibetan “khata” dance, with long white sleeves thrown to the heavens, a symbol of veneration for the gods.

“It was really beautiful,” he said.

Mr. Slavenburg, who meditates each morning, could relate to the inner spirit of the dancers.

“This is a good connection to that and it’s very inspiring for me,” he said.

“Will be back next year,” he said.