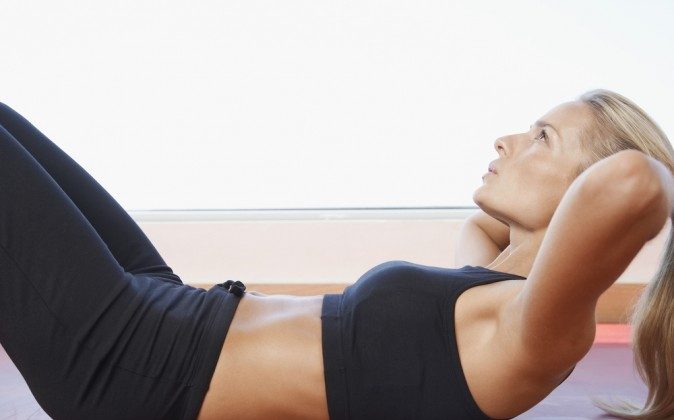 Study: The Best Sit-Up of All Time Is Still a Crunch

Your abdominals are part of your body’s 29 core muscles, which are located mostly in your back, abdomen, and pelvis.

This group of muscles provides the foundation for movement throughout your entire body, and strengthening them can help protect and support your back, make your spine and body less prone to injury, and help you gain greater balance and stability.

When you build your ab muscles, it’s like developing an internal corset that holds your gut in. By doing so, you help stabilize your spine, vertebrae, and discs, which in turn can significantly reduce back pain and make it easier for you to lift heavy items, twist and turn, and perform the movements required for a full life.

Having a strong abdominal wall is very important for optimal body movement and gets increasingly more important with advancing age.

A strong abdominal wall is also what will produce that six-pack look that many are after (once you’ve lost sufficient amounts of subcutaneous fat), but there’s still a lot of confusion about which exercises are really best for your abs.

The American Council on Exercise (ACE) recently decided to find out which exercises are best for activating your abdominal muscles. They pitted trendy exercise machines and other devices against popular standbys, including the bicycle crunch and stability ball crunch. In all, 15 exercises were analyzed and compared against the traditional crunch:

To gauge the effectiveness of the exercises, study participants completed a series of workouts in which electrodes were attached to their abdominal muscles, obliques, and rectus femoris (thigh muscle).

The electrodes measured muscle contraction during each exercise… and showed that the traditional crunch had the greatest muscle activation of all the exercises.  According to one of the study’s authors, Edward Stenger, M.S. of the University of Wisconsin, LaCrosse:

Obviously, laying on the ground doing the traditional crunch is not appropriate for everybody, especially people with low-back pain, but for the average person who wants to work his or her abdominal muscles to get stronger, have less back pain, and get better health benefits…

All you need to do is get a comfortable spot on the floor, lay down and do some crunches. It doesn’t cost anything to work out. Everything else is kind of a waste of money from this standpoint.”

Form Matters: Doing Crunches Incorrectly May Be Wasting Your Time

It’s important to note that other research has found quite the opposite of the ACE study in regard to the effectiveness of crunches. One study actually found the traditional abdominal floor crunch produced and recruited the least amount of muscle activity when subjects were attached to an electromyography (EMG) machine.

In fact, even previous studies done by the researchers of the new featured study showed that crunches may not be the best form of abdominal exercise. Why the discrepancies?

It’s probably all about form. In the ACE study, the researchers paid careful attention to the participants’ form to be sure they were doing the crunches correctly, and that’s likely why they showed so much benefit. According to study author John Procari, Ph.D.:

“When you look across the different exercises, none were greater than the traditional crunch. This is interesting because other studies (including other studies we’ve done), showed a difference…

So how do you do a crunch properly?

In the video below, Darin Steen demonstrates a slightly more advanced form of crunch using an exercise ball.