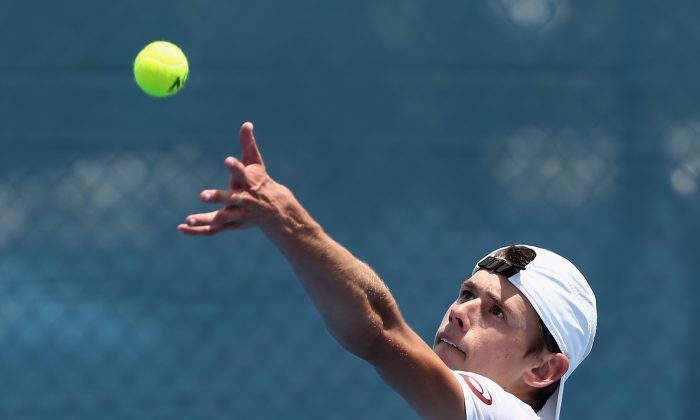 There’s no shortage of evidence showing that being active can extend your life. Less widely known, however, is whether certain types of activities may work in your favor more so than others.

Surprisingly, research on the health benefits of specific types of activities is scarce, so researchers from Europe and Australia examined the associations between six different sports/exercises and risk of death from heart disease and all causes. Three of them rose squarely to the top.

3 Top Physical Activities to Lower Your Risk of Death

Researchers analyzed data from more than 80,000 people, and it turned out racket sports, swimming and aerobics topped the list of best physical activities for lowering the risk of premature death.

No statistically significant reductions, however — for cardiovascular or all-cause mortality — were observed for the other three activities included in the study (cycling, running and football, i.e., soccer in the U.S.).

Racket sports, aerobics and swimming require the use of your full body — arms and legs — which makes your heart work harder. This could be one reason why these full-body workouts lower the risk of death more than other activities.

In addition, they often require intense bursts of activity, which could be responsible for their life-enhancing edge. As noted by the University of Rochester Medical Center:

“Racquet sports alternate bursts of high-intensity exercise while you score points, with brief rest periods while you pick up the ball and serve. This stop-and-start activity is similar to interval training.

Playing racquet sports, or any active sport, [three] hours a week can cut your risk of developing heart disease and lower your blood pressure, according to the Cleveland Clinic Foundation.

One key to getting a good aerobic workout in tennis or racquetball is to keep your rest periods brief. Your heart will continue to work at an aerobic level, but without the sustained stress.”

What Happens to Your Body by Skipping the Gym?

On the other hand, cycling was only associated with a small decline in mortality risk, but this could be because many of the participants used cycling recreationally to get to and from work (as opposed to doing it vigorously as a workout).

The researchers speculated that running may not have made the top list because the runners in the study were younger, on average, and a longer follow-up period may have been needed to gauge its full benefits.

However, research is increasingly showing that short bursts of intense activity (such as you might engage in when playing a vigorous game of tennis) may be better than long, slow cardio like running.

Among the study participants, more than 44 percent met the minimum exercise recommendations (150 minutes of moderate-intensity aerobic physical activity a week for adults ages 18 to 65).

Popularity-wise, swimming topped the list as the favorite form of exercise, followed by cycling, aerobics, running/jogging, racket sports and football (soccer) or rugby.

It’s important to note that engaging in any type of activity was better than none at all; active participants reduced their risk of death by 28 percent, regardless of which activity they engaged in.