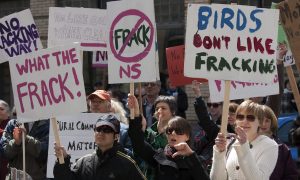 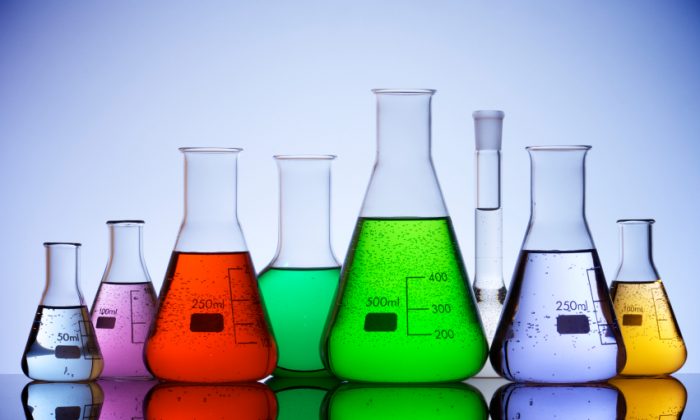 Most of the chemicals found in consumer products have never been tested for safety. (pedrosala/iStock)
Good to Know

Consumer products are loaded with industrial chemicals—from cosmetics to mattresses, from firearms to food. These compounds are found in 96 percent of all manufactured goods. But a growing body of evidence finds that many chemicals on the market today are linked to serious health problems.

The law that governs the regulation of chemicals in commerce is called the Toxic Substances Control Act (TSCA). TSCA was written in 1976, and while the science for evaluating chemicals has evolved, the law has not. Both the chemical industry and environmentalists want a revision of TSCA, but Congress has been slow to act. A law that satisfies both public safety and industry concerns has been a tough nut to crack.

How Endocrine Disrupting Chemicals Cause Infertility

The current law gives the U.S. Environmental Protection Agency (EPA) some power to regulate chemicals, but the agency fails to function as an authority with any real teeth. Under the law, chemical manufacturers are not required to prove safety; rather the onus is on regulators to show that a chemical is harmful in order to ban or restrict it. Even if the EPA has a strong case, industry still gets the last word.

Take asbestos, for example. The EPA banned the material under TSCA in 1989, citing a decade of research identifying asbestos exposure as a cause for cancer. Two years later, an appeals court overturned the agency’s decision because regulators failed to demonstrate that getting rid of asbestos was the “least burdensome alternative.”

As a result, asbestos use has been restricted, but the material is still found in many building materials and car parts. According to the Environmental Working Group (EWG), asbestos exposure is responsible for between 12,000 and 15,000 deaths a year.

Since the original TSCA was enacted, EPA has managed to ban a few chemicals, such as PCBs (polychlorinated biphenyls) and lead-based paint. Environmentalists fear that further dangers lurk in consumer products, but regulators lack the resources to address them.

When TSCA was enacted, it grandfathered in, without any evaluation, about 60,000 chemicals that were currently in commerce. According to congressional testimony in April 2015 from Jim Jones, EPA’s assistant administrator of chemical safety, for the past 40 years, EPA has been able to require testing on only about 200 of the original 60,000 chemicals.

In the last six years, the agency has identified 80 chemicals that are a top priority. Five of these have been evaluated. Three show risk.

“A chemical safety program is not credible if it is clear that resources are inadequate to do the work that is necessary to determine safety,” Jones stated

One Nation, Many Chemical Laws

Poor consumer confidence in federal oversight has given rise to various state laws that treat potentially hazardous chemicals with greater scrutiny and discretion. Today, 38 states have passed more than 250 policies that address toxic chemicals, and dozens of new state policies are currently under consideration.

The chemical industry says this patchwork of individual state mandates places an unnecessary burden on small businesses, which already work on a small profit margin. According to a statement from the American Chemistry Council, state laws “are often based on the claims of activists rather than scientific conclusions.”

The industry bid for TSCA reform has repeatedly insisted on eliminating individual state restrictions in favor of a single law. But states and environmental groups have rejected this feature each time.

Chemicals are a major part of the U.S. economy. Over 25 percent of the U.S. GDP is derived from chemical-dependent industries.

However, it’s unclear how many chemicals are actually in U.S. commerce. TSCA inventory lists about 85,000, but many of these are no longer in production. There are at least 7,700 chemicals produced in or imported to the United States according to 2012 data, but the actual number remains a mystery. The EPA has urged industry to determine hard figures, but chemical companies declared the task too burdensome.

The trick for lawmakers is to meet safety concerns without excessively hindering business. Such a compromise has remained elusive for years, but this summer Congress has made real progress.

On June 23, the House’s latest version of the TSCA Modernization Act of 2015 got a near unanimous vote. This bill would give the EPA more power, requiring fewer restrictions in evaluating risk, and granting regulators the authority to impose fees on businesses that fail to comply.

The bill would also allow EPA to request new safety data from manufacturers and would give the agency resources to begin evaluating chemicals that have been on the market for decades. Regulators have identified about 1,000 existing chemicals that may present some hazard. The House bill gives resources to test about 10 chemicals per year. At this pace, it will take a  century for EPA to address the backlog of potential risk.

While previous proposals have failed to stir much compromise, the only opposition to the House’s latest TSCA reform bill was Rep. Tom McClintock (R-Calif.), who criticized the legislation for granting the EPA “sweeping new powers,” and allowing “states to adopt more stringent standards.”

“We commend the House for its focus on the need to overhaul chemical policy, but this piece of legislation will not do the job,” Cook stated.

The companion bill in the U.S. Senate has similar features to the House proposal, yet sets even stricter requirements for new chemicals. In the House bill, new chemicals are released into the marketplace by default, unless regulators can prove safety hazards within 90 days. In the Senate version, compounds cannot enter commerce until regulators determine safety.

Another feature of the Senate bill is that it also discourages using animals for toxicity testing and encourages green chemistry research. The green chemistry philosophy aims to design products that prevent pollution and toxicity.

Senate Majority Leader Mitch McConnell’s (R-Ky.) stated goal is to bring the Senate bill to a vote before the summer recess starting August 10.