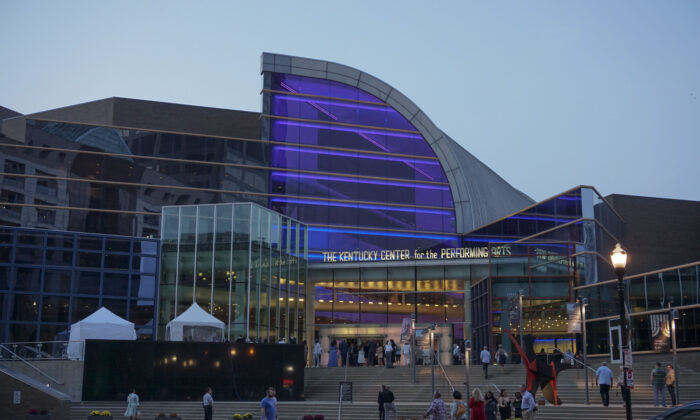 Shen Yun Performing Arts will be back in Louisville, Kentucky, on Oct. 9 for another two performances of spectacular music and dance.

New York-based Shen Yun aims to revive the resplendent 5,000 years of Chinese civilization. The cultural sensation has been welcomed with a number of proclamations from the Bluegrass State, from both Kentucky state and Louisville City officials.

The House of Representatives of the Commonwealth of Kentucky issued a Citation of Celebration to Shen Yun. Their message read, “Inasmuch as Shen Yun Performing Arts offers the opportunity for audiences to experience an extraordinary performance by world-renowned musicians, dancers, and artists, the members of the Kentucky House of Representatives are pleased to join with Representative Joni Jenkins and Representative Derrick W. Graham in offering this celebrated troupe sincere commendation and gratitude.”

The Mayor of Louisville, Greg Fischer, wrote a letter of greeting to Shen Yun, saying “With Shen Yun’s powerful storytelling, and captivating performances, I know that all who attend will experience a show rich in history and art. We’re excited to have you here and we wish you all the success in your performances.”

The Louisville Metro Council issued a proclamation saying that it “welcomes Shen Yun Performing Arts to Louisville and encourages everyone who can to attend the performances at the Kentucky Center for the Arts.”

State Senator Ralph Alvarado sent a letter extending a “heartfelt welcome to the Shen Yun Performing Arts company as they travel to the Bluegrass State.”

State Representative Pamela Stevenson issued her own greeting to Shen Yun. In her letter, she expressed, “We could not be more excited that you have chosen to perform in our community. To have such an exhilarating and world-renown troupe on the Whitney Hall stage is such an honor.”